What is Growth Hacking – and Should Your Business Be Doing It?

In today’s constantly-changing marketing industry, it sometimes seems like there’s a new buzzword flying around the Internet every few days, like growth marketing. Some are nothing more than fancy ways to describe the things we’ve all been doing for years, and others turn out to be short-lived, relatively ineffective tactics. If you’ve heard of “growth hacking,” you may have assumed that it was just another buzzword.

However, entrepreneurs and startup founders alike have had success with this new approach to rapidly generating customer bases, and considering that they’ve been doing it since 2010, it’s certainly more than a fleeting trend. But what exactly is it? Basically, “growth hacking” just means looking for creative ways to attract more customers, typically on a limited budget.

If you’re not sure how that’s any different from traditional marketing, or whether or not your business should try it out, read on.

What is growth hacking?

If the word, “hacking” brings to mind images of sketchy guys hunched over lines of code in an effort to steal people’s credit card information, you may be wondering why I’d even entertain the idea of recommending that your business use it as a way to attract customers. However, that’s not at all what this term refers to.

The phrase was coined by Sean Ellis in a blog post in 2010. He defined “growth hacker” as, “a person whose true north is growth,” and explained that, “Everything they do is scrutinized by its potential impact on scalable growth.” But what exactly does that mean? 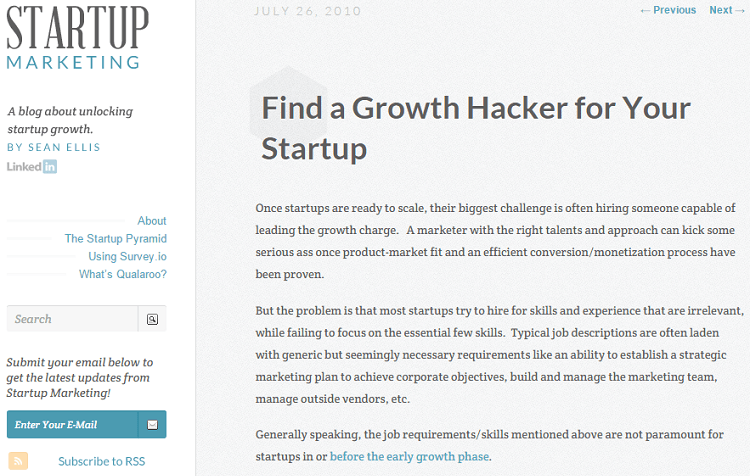 If you’ve spent any time at all on Facebook, you’ve probably seen at least one or two people share links to articles full of, “life hacks,” like waterproofing shoes with beeswax or lighting candles with spaghetti. These shortcuts are all results of people thinking outside of the box, and growth hacking is basically the same idea – except that instead of simply making everyday life easier, it makes marketing easier.

Instead of using traditional methods, growth hackers seek out creative ways to speed up customer acquisition. It’s usually done in the early days of a company, and helps rapidly grow a customer base right off the bat. So even though the term “hacking” may have negative associations for some, it ultimately just means finding ways to succeed outside traditional boundaries – no unethical practices required.

How is growth hacking different from marketing? 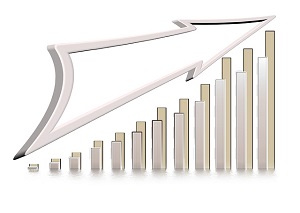 If the goal of growth hacking is to acquire new customers, you may be wondering how it’s any different from marketing. The truth is, growth hackers are essentially marketers – they’re just narrowly focused on finding new ways to drive growth.

This means that instead of utilizing popular methods (even the effective ones), they strive for innovation. You won’t find growth hackers diligently writing weekly blog posts or forming customer relationships via social media, because even though those strategies certainly work, they’ve already been done many times before and are not exactly unique. Instead, these growth-focused individuals constantly seek new opportunities.

And as the landscape of the Internet continues to change on a daily basis, they not only keep up with it, but look for ways to take advantage of new developments and channels. Because of that, growth hackers also need a strong understanding of technology. They don’t necessarily need to be programmers, but considering that many of the most successful techniques today are technology-based, they should at least know a bit of code and be able to explain their ideas clearly to the programmers at their company.

So far, I’ve outlined what growth hacking is and how it’s different from traditional marketing, but without concrete examples, it can be difficult to explain just how effective it can be. That being said, here are a few companies that used growth hacking to reach customers:

Many companies have utilized referral programs, but few have done so quite as effectively as Paypal. By paying $10 in cash to each newly referred customer and $10 to the customer that referred them, they saw growth of 7-10% on a daily basis – ultimately resulting in over 100 million members.

By reverse-engineering Craigslist’s posting process, Airbnb made it possible for their users to post their listings to the site with the click of a button. This meant that they immediately had the ability to reach millions of people all over the world, right where they were already searching for places to stay.

Although Craigslist has since discovered and disabled this, it was not until after Airbnb had already reached 10s of millions of people – enough to provide a solid user base for the company.

It should come as no surprise that one of the most successful tech companies in the world was built through growth hacking, even though the official term didn’t become popular until years later. So how did Facebook become the giant it is today? In a word: Exclusivity.

The platform started as a contained network for college students only, and required an invitation to join. This meant that having an account was a sort of signal of popularity, which was enough to attract users from almost every college in the country. From there, the social network had little trouble becoming the giant it is today.

What your business can learn from growth hackers

All of these companies were clearly successful with their growth hacking strategies, and have grown from small startups to some of the biggest names in tech. That being said, you can’t expect to just copy their techniques and attract customers overnight. Instead, always be on the lookout for new channels and methods to reach your target audience.

Where are they online? What do they value? And what can you offer that is unique enough to compel them to not only become customers, but also spread the word to other consumers?

If you come up with an answer to those questions, you may have found a growth hacking technique, and if you have the resources, it may be worth testing out. That being said, the key word there is testing. The companies who have had success with off-the-wall strategies can testify that the first idea isn’t always the best, but if you keep trying, you just might come up with something that works.

At the same time, you should also remember that growth hacking doesn’t necessarily involve huge changes. Almost any optimization you make on your site could be considered a growth hack if it furthers your business goals. It could be as small as finding a way to increase social shares on your blog posts, or compel more users to download the free offerings on your site.

Does your business use growth hacking? Have you found any methods that were particularly effective in reaching new customers? Let me know in the comments below!