Why? Oh, I don’t know. Maybe because:

3. Pinterest referral traffic is less than 0.10% away from overtaking Yahoo! organic traffic.

5. Pinterest buyers spend more money, more often, and on more items than any of the other top 5 social media sites. (Sources: Shareaholic, comScore) And that’s all within two years.

So why exactly is Pinterest so great for companies, and why should your company have a Pinterest account (other than because of those impressive stats I just mentioned)?

It’s been reported that people are most likely to engage with branded content on social media that contains pictures.

Want proof? Pinterest is retaining and engaging users 2-3 times as efficiently as Twitter did when they were the same age Pinterest is now. Followers, brand awareness, and social engagement is great, but what about the money?

In just one year Pinterest has increased their social media revenue for e-commerce sites by 16.2%.

TIP: Businesses can also check out who has pinned their product from their website by typing in: 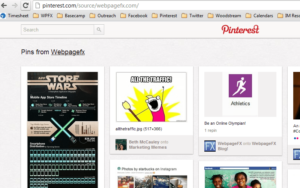 One of the most awesome things about Pinterest is that it lets you define and/or show off your personality. You can make as many boards as want, you can categorize your boards however you want, you can pin whatever you want (within Pinterest’s guidelines) and you can caption your pins with whatever you want. This freedom allows you to define how you want to brand yourself or your company on Pinterest.  Your company website may be all business, but your Pinterest account can show off your fun side.

A huge mistake companies make on Pinterest is creating boards that show off their products and services—and that’s it.

Pinterest gives you the opportunity to show your customers — and potential customers — that you’re not a bunch of robots sitting behind a computer screen; you’re actual people. You have personalities, senses of humor, likes, dislikes, etcetera. Your boards on Pinterest make you seem more relatable to your customers.

So yes, create some professional boards that feature your products, services and past work, but also create boards that show your clients who you are on a personal level. 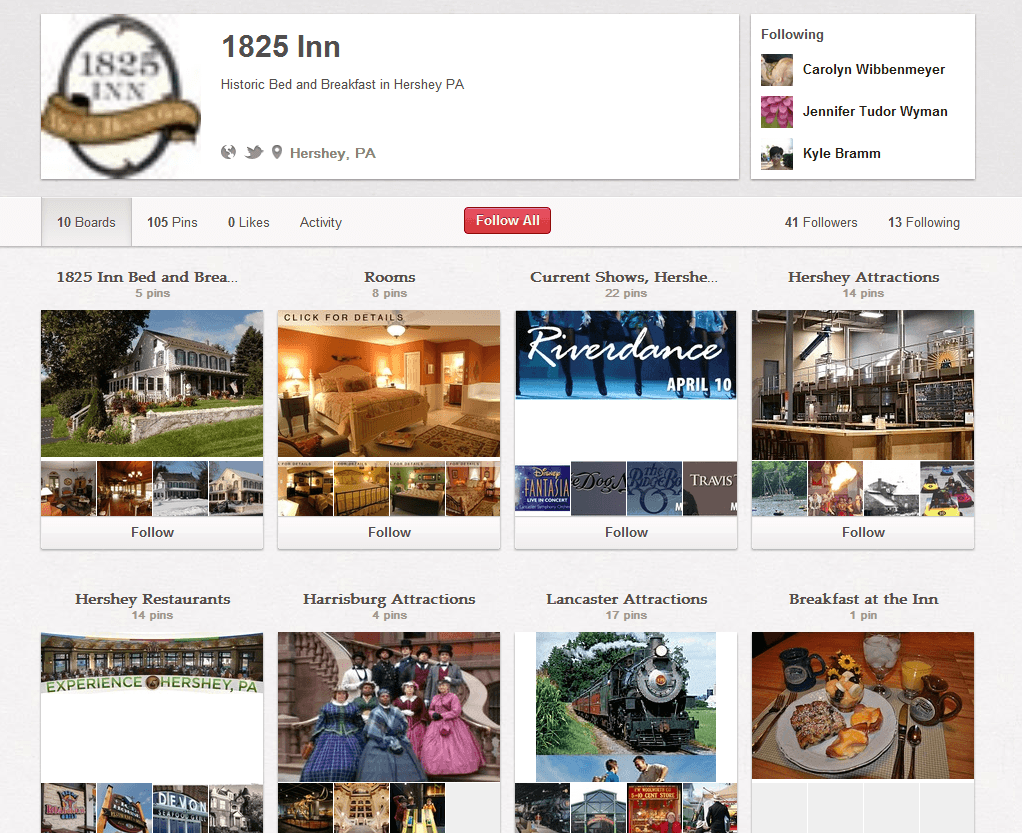 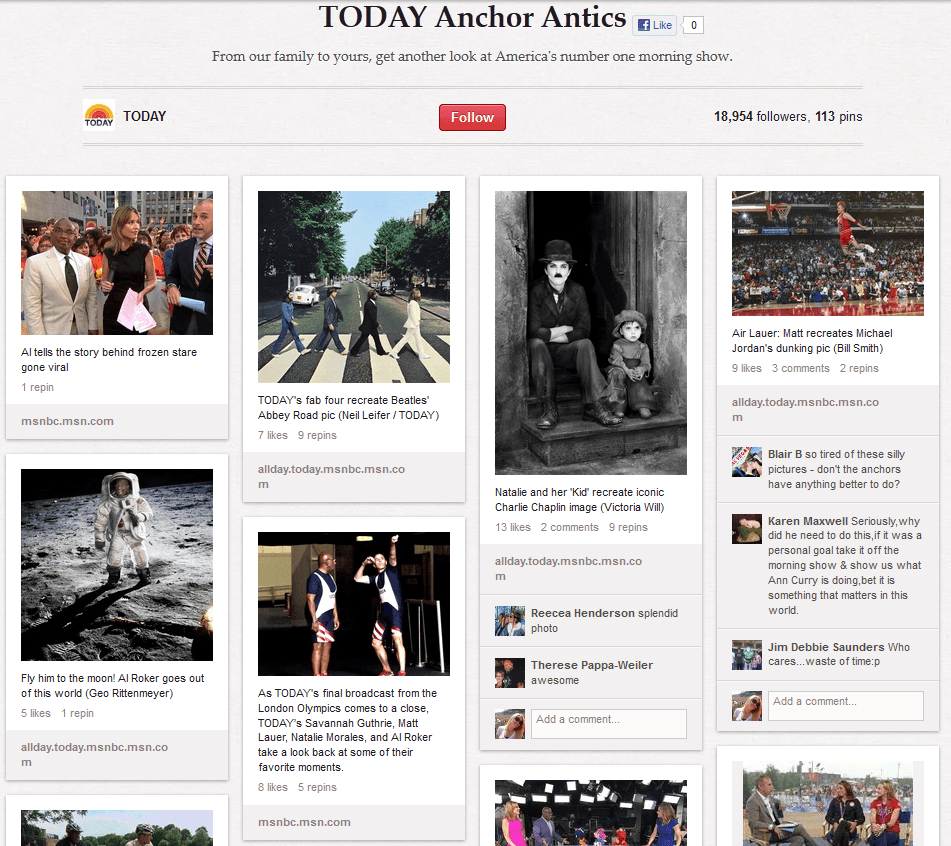 The Today Show offers a fun “Anchor Antics” board that gives their fans a behind-the-scenes feel. The board features everything from screenshots of on-air bloopers to funny photoshopped pictures, like Matt Lauer’s face on Michael Jordan’s body. 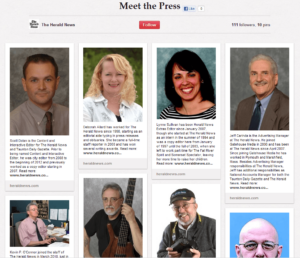 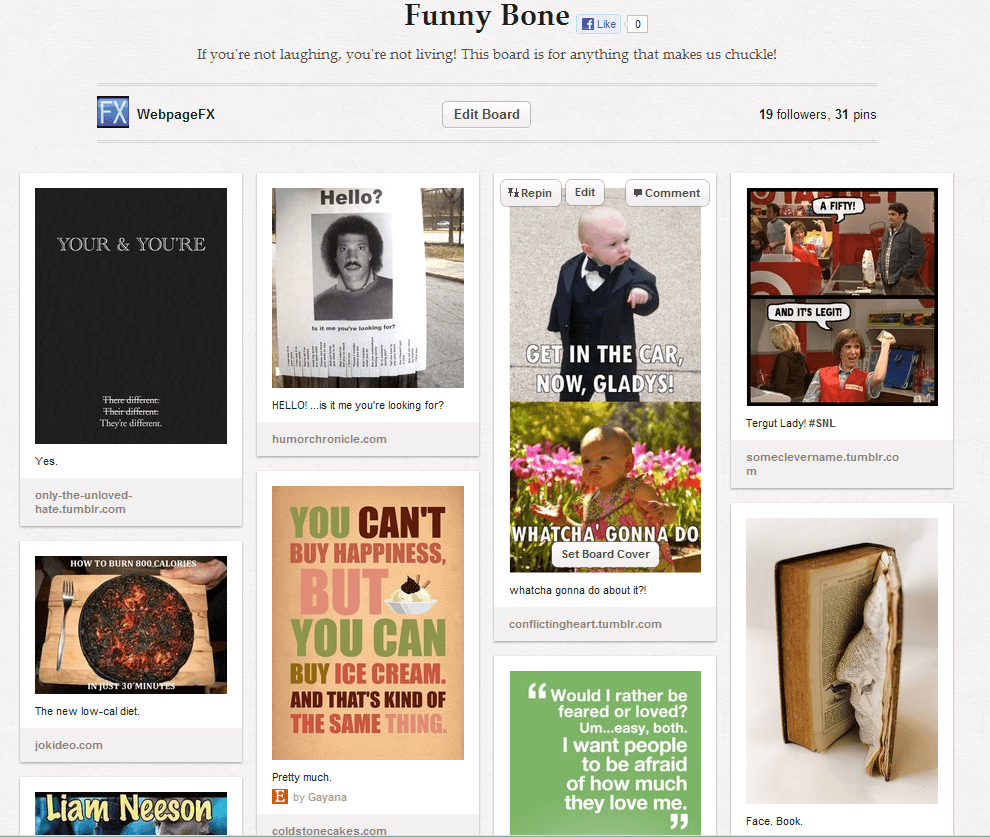 Last but not least, we at WebFX have a “Funny Bone” board!

Humor boards are a great idea for everyone; they add some fun to your Pinterest account and make you more seem more relatable. Plus, who doesn’t like to laugh? So what are you waiting for?