By Trevin Shirey  ~ 1 minute to read
Trevin is the Sr. Director of Business Development at WebFX. He has worked on over 450 marketing campaigns and has been building websites for over 20 years. His work has been featured by Search Engine Land, USA Today, Fast Company and Inc.

** Update: The Giveaway Period Has Ended **

Flat UI Pro by Designmodo is made for Twitter Bootstrap in a flat design style. The UI kit also includes a PSD version for designers, which is what we’re giving away in this post. 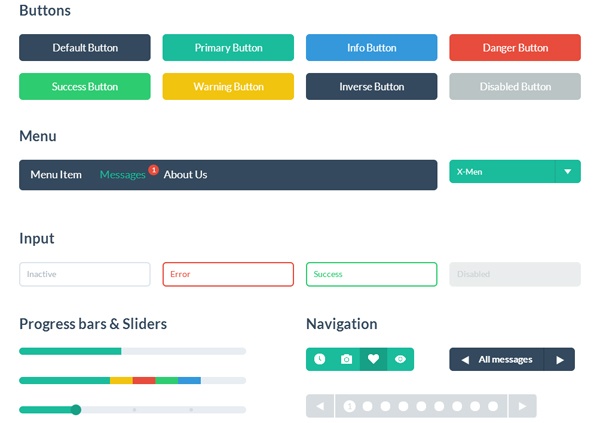 The kit contains basic components, glyphs, icons and a variety of buttons and other elements.

** Update: The Giveaway Period Has Ended **

For a chance to win one of the five licenses, simply answer this question in the comments:

This giveaway ends on Monday, June 3, 2013 after which the comments section on this post will be closed and you will no longer be able to leave a comment. Please leave a valid email address when filling out the comment form so that we can contact you if you have won. The winners will be announced on a separate post.

Please note that comments are moderated and your comment may not show up right away. Comments that don’t follow the instructions on how to participate (described above) may not be published, or may be removed later on.