User interface design patterns are solutions to common design challenges, such as navigating around an app, listing data or providing feedback to users. Mobile apps and sites have unique UI design requirements because, compared to their desktop counterparts, they’re used in smaller screens and, at least with today’s modern mobile devices, rely on fingers instead of a keyboard and mouse as input mechanisms. Whether you’re designing a mobile app UI for the first time or in need of specific design solutions, these mobile UI design pattern resources will surely help! 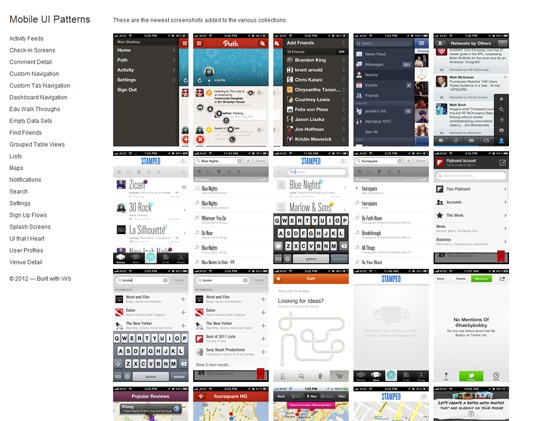 Mobile UI Patterns is a great site to visit to see common mobile UI design patterns such as activity feeds and notifications. The patterns are organized into 20 categories so that you can easily find what you’re looking for. 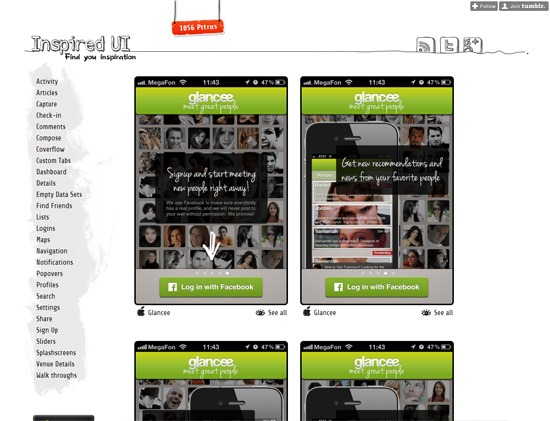 Inspired UI is an excellent mobile UI design pattern gallery with over 1,000 screenshots of real mobile apps. Design patterns featured in the site include sign up pages and check-in user interfaces. 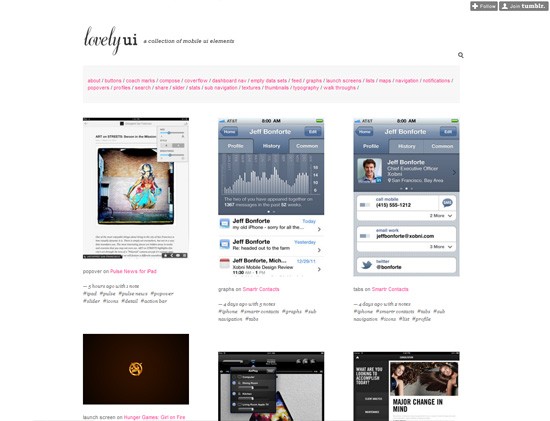 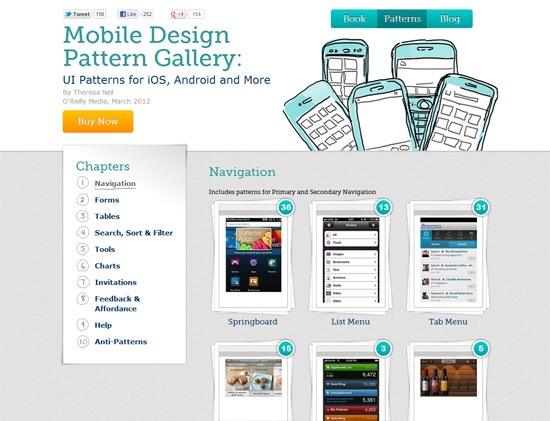 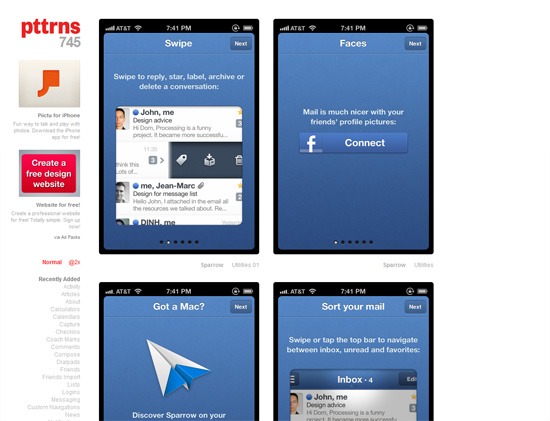 Over 30 mobile UI design patterns (e.g. splashscreens and walkthroughs) are featured on pttrns, a gallery site with large screenshots and a clean interface. The site is by Robin Raszka (founder of popular iOS development firm Tapmates) and chemiX. 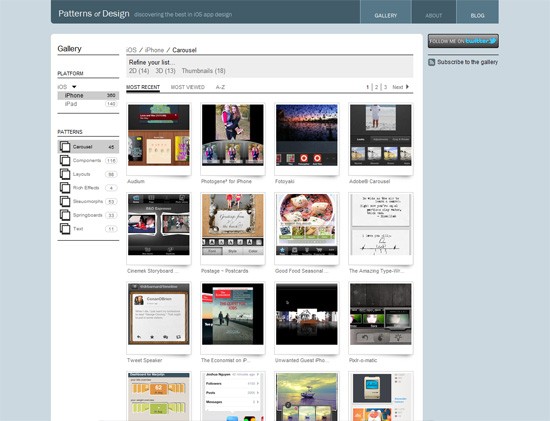 This site seeks to present notable mobile app UI patterns from exceptional iPhone and iPad apps. Patterns of Design is by Will Simons, a freelance UX designer and project manager.

This wiki resource is a general reference guide to mobile UI design patterns. It discusses a wide array of design patterns such as slideshows and pagination, to advertising within your mobile app. 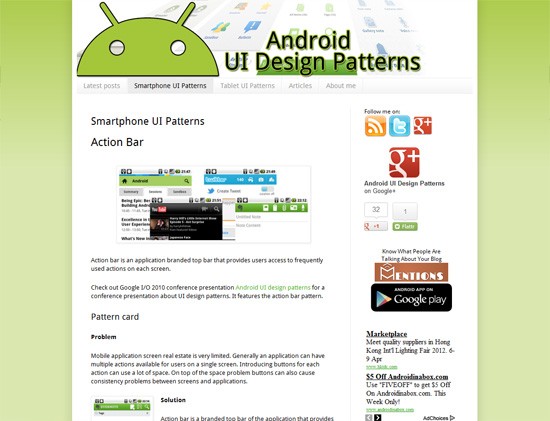 This blog by German technologist/developer/Android user Juhani Lehtimaki publishes posts that cover Android UI design patterns. In each post, a design pattern is discussed and relevant screenshots from mobile apps are included. 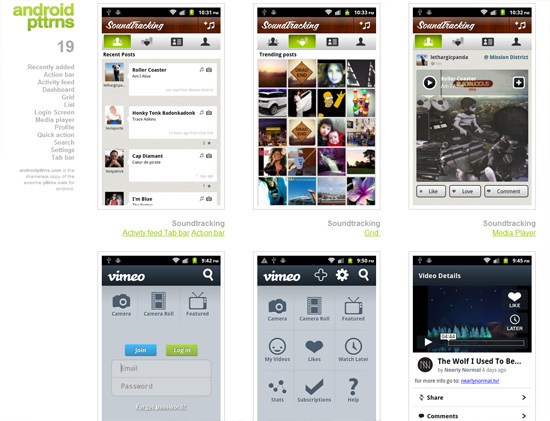 android pttrns, inspired by pttrns (featured above), is a gallery of Android app UI design patterns. It currently only has a few patterns, such as action bar and tab bar.

Mobile OS manufacturers typically have official docs geared for professionals developing for their platform. These docs often include guides on UI design patterns.

Website design is the backbone of a website and ultimately can play a huge role in your internet marketing efforts.  WebFX in Harrisburg, PA is your full-service web development company. They provide services from start to finish to ensure your business’ web presence is a good one.

We  have experience working with a number of businesses in a wide variety of industries. Check out our work with hotels here!