A social news website is a community-driven site where users can share links to news, articles and resources they’ve found on the Internet. Members of the social news website vote on the user-contributed content, acting in unison to create a self-governing quality-control mechanism for the site. If you’re a person with an unappeasable appetite for Web content, social news websites will indulge your hunger.

There are social news websites that are specifically about front-end develoment and web design. Here’s a list of them:

Versioning is a new social news site that SitePoint launched a little over a month ago (July 2015)1. The idea for creating Versioning stems from SitePoint’s daily email newsletter that goes by the same name. 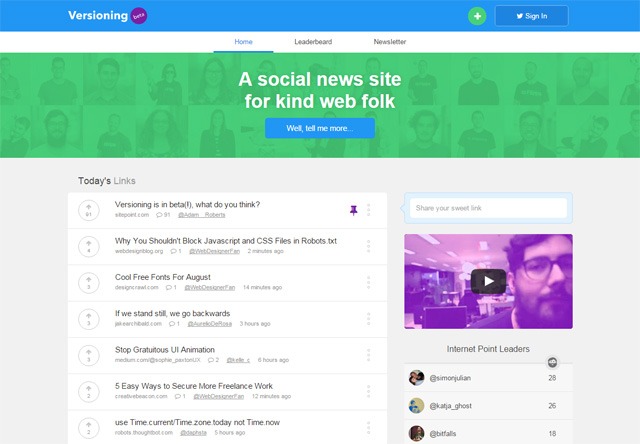 “Front-end Front is a place where front-end developers can ask questions, share interesting links, and show their work to the rest of the community. Have you heard of Hacker News or Designer News? It’s something like that, but focused more on front-end.” 2 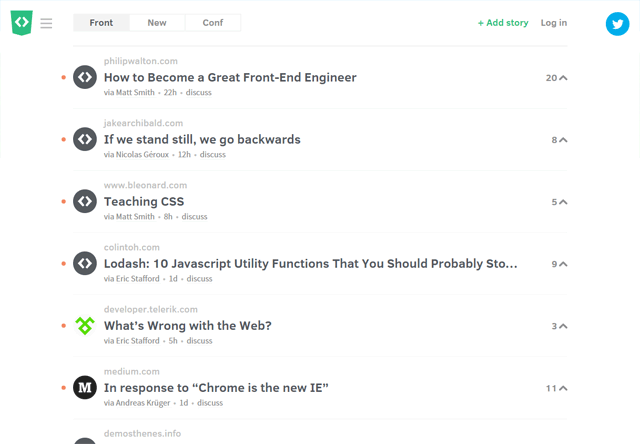 Frontends is a community site where you can share your work, get help and “get better at building websites.” Also, the site allows you to post links in order to “share good content you find in the web”.3 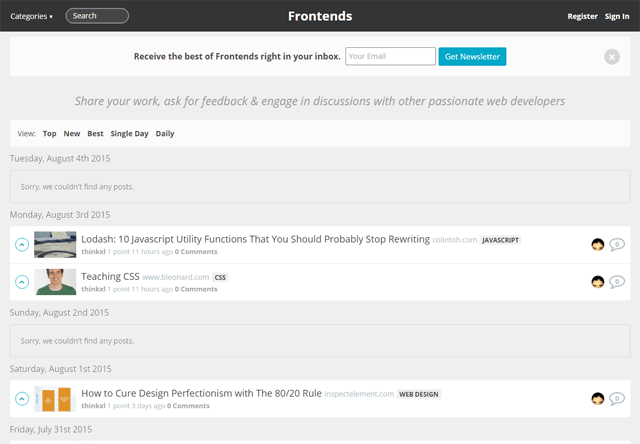 This social news website is “focused on JavaScript development, HTML5, and front-end news.”4 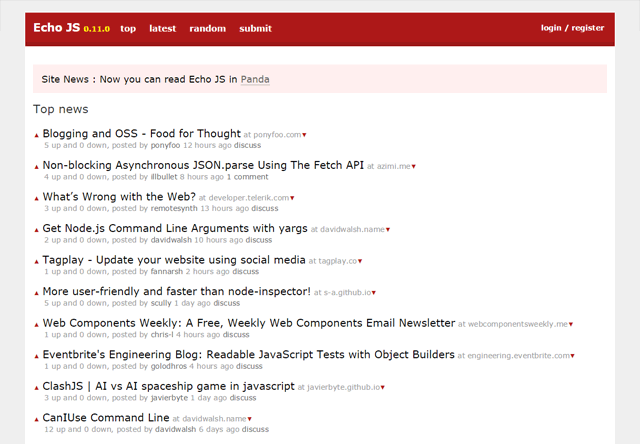 Pineapple is a community-driven social news site centered on tools and tutorials for developers and designers. 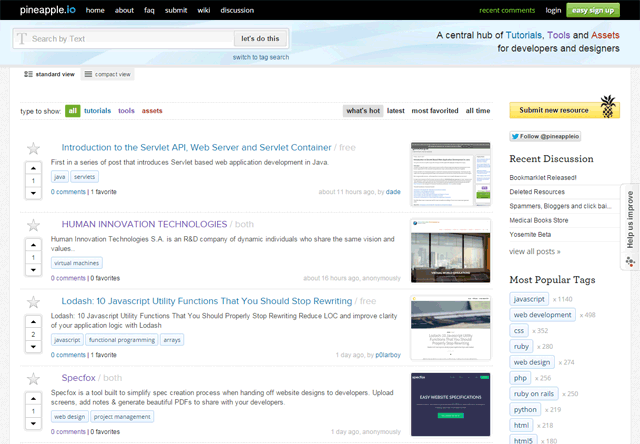 Web Designer News was built “to provide web designers and developers with a single location to discover the latest and most significant stories on the Web.”5 Unlike other social news sites though, the user-contributed links need to be approved by moderators of the site before they get posted. 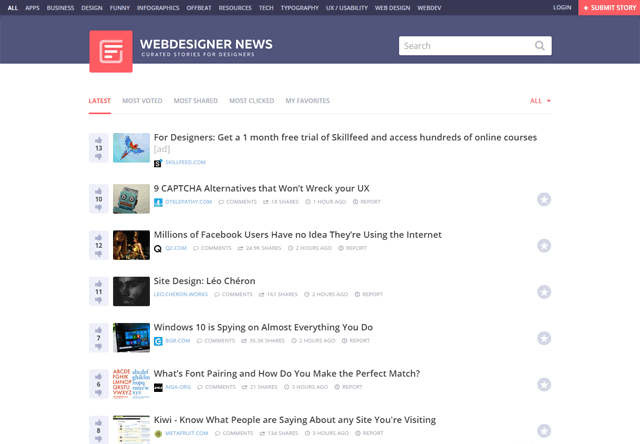 You’ve most likely heard of Designer News — the Hacker News for designers6. If not, here’s a quick summary: DN is “a community of people in design and technology”. The site hosts user-contributed “designer-friendly content”7. 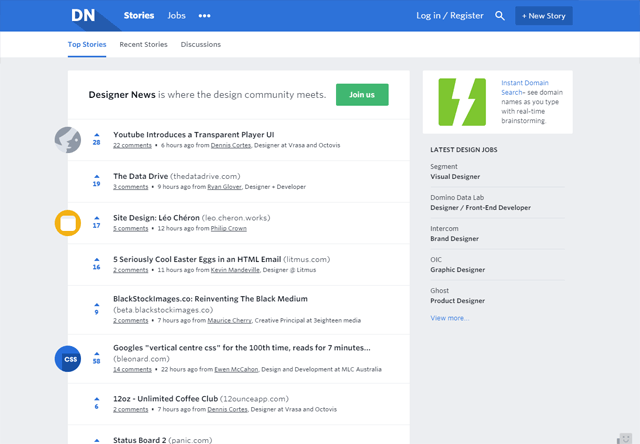 DesignFloat has been around since 20078, making it one of the oldest social news sites dedicated to web design. 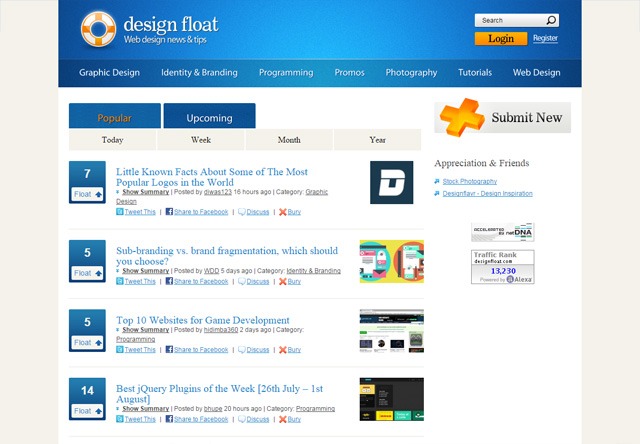 Every day, at least 3 million users9 go to reddit to find user-contributed links and participate in community discussions. reddit isn’t just a social news site for devs and designers though, so you’ll have to go to subreddits — which are user-created sub-sections of the site that’s focused on a particular topic — to discover front-end development and web design links. For starters, check out the /r/webdev and /r/web_design subreddits. 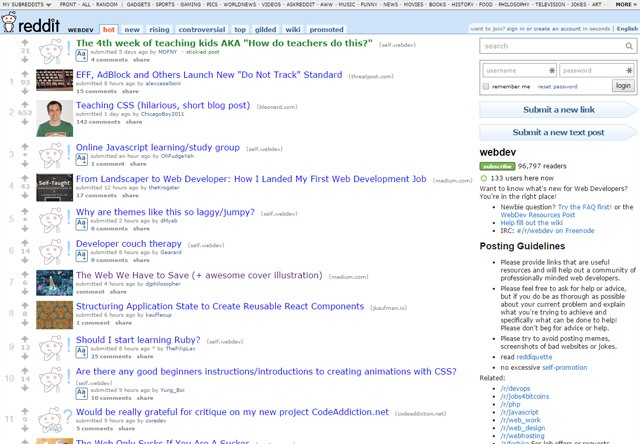 DZone has a social news section that allows users of the site to submit links to web development news, tutorials and resources. You’ll discover plenty of JavaScript and CSS content on DZone. 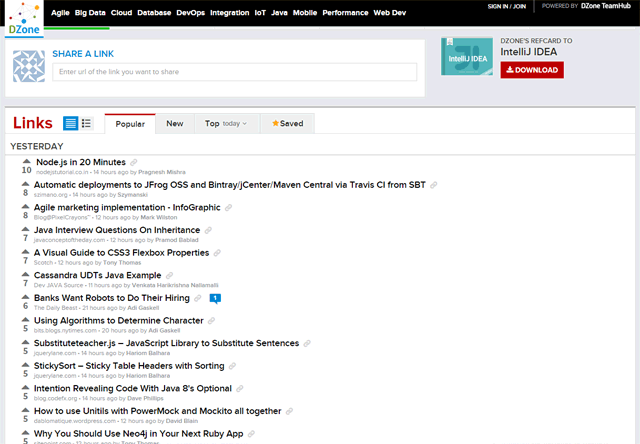 Other Social News Websites to Check Out