How to Develop Your Website’s Tone of Voice

I like the way the barista talks to me. Although the content of our brief exchanges is no different from the conversation I’d have at the other branch, there’s something very different about how this interaction sounds and feels: tone. His tone is unfailingly friendly and upbeat, which always leaves me with a smile and keeps me coming back to that particular branch. 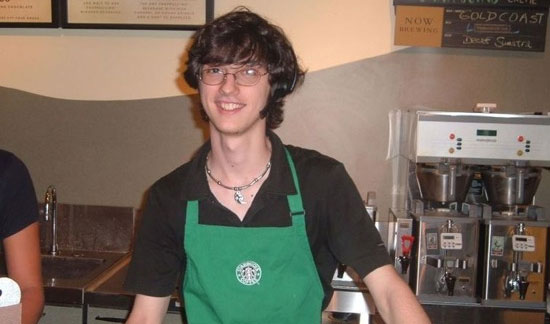 My loyalty is certainly not unique.

In a competitive market where businesses strive to match each other on cost and quality, most consumers’ choices will be influenced (consciously or not) by the tone of voice in which services are presented and delivered. In many ways, it’s easy to choose an effective tone when your customers are standing right in front of you and you can see their reactions. However, a huge proportion of business has shifted from the verbal face-to-face into the textual via websites, emails and social networking.

In this shift, many businesses lose their voices. Faced with the task of writing web copy, someone whose spoken tone of voice is friendly and confident can turn mechanical and distant as if they were tasked with producing a formal report. What’s most dangerous about this is that they can’t see this unnecessary tonal shift putting off their customers in the same way they would if they were to conduct a meeting with a client in the same way as they write.

In this article, we’ll look at some of the common problems with tone of voice in web copy and how to avoid them. Beyond that, we’ll consider how to go about developing an effective tone of voice for a website and maintaining it through the use of tonal guidelines.

Before diving in further, we should first examine the distinction between tone of voice and voice itself. Tone is a verbal expression of mood best adapted according to the audience. You present the same information very differently to, say, a 4-year-old as opposed to a 40-year-old.

You do that through tone of voice: the words you choose and the way that you structure them. Your voice, however, is your overall verbal personality. Regardless of whom you’re communicating with and at what level, your voice remains the same.

This should be true for the voice of a business as well. Different media geared to different audiences may demand an alteration in tone, but voice should remain stable. Let’s take a look at two brand voice examples — BBC News and their youth-oriented site, CBBC Newsround.

Both are from the same organization, both cover similar material, but, as shown below, the tone is markedly different to match the respective audiences. 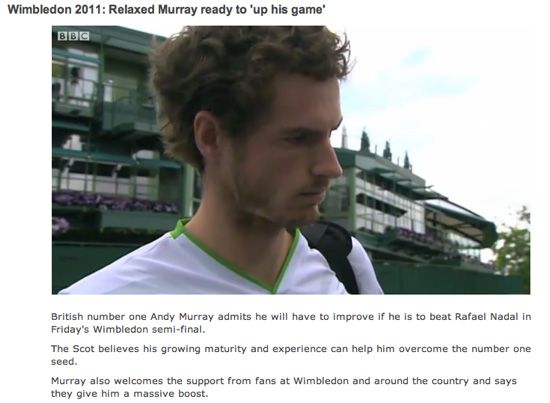 From BBC News, “Wimbledon 2011: Relaxed Murray ready to ‘up his game’” 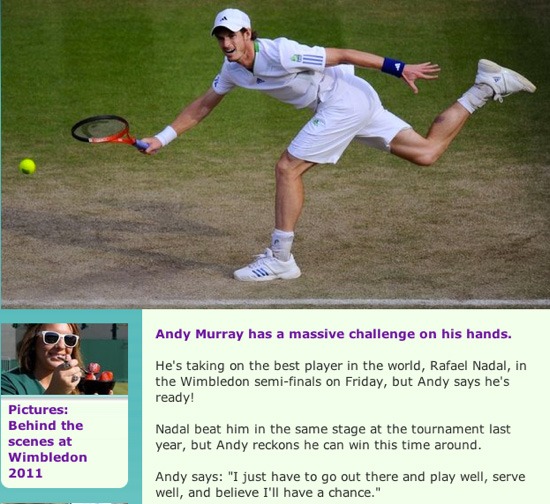 From CBBC Newsround, “Wimbledon: Andy Murray says he’s ready for Nadal showdown“ It’s clear from the word choice and structure that the tone of the second example from CBBC Newsround is geared towards a younger audience than the first: it’s lighthearted and lively, whereas the first example is more serious and composed. Despite the difference in tone, though, it’s evident that the source is the same — there is a consistent voice across both websites.

There are two key points to determine before defining the appropriate tone for your website.

Who is your target audience?

These are both points that should have guided the visual design of a website and, equally, they should be the force behind its content.

Forgetting the target audience or the ultimate purpose of the website sounds like an unimaginable faux pas, but it happens surprisingly frequently. Let’s consider the example of Goldman Sachs below. The company has invested large sums of money to make the company appear competent, ethical and approachable, but their website tells a different story.

The above example isn’t just poorly written and unpersuasive, it also conflicts with the stated values of their brand. The grammar issues make them appear incompetent and the tone is distant and cold.

Once you’ve determined your audience and your site’s purpose, you’re halfway to deciding on tone of voice. It may be helpful to consider the personality of an employee you’d want to represent your brand at this point.

For example, if you’re advertising housing for students, you want someone friendly, open and fun. If you’re selling organic fruit on the Web: you want your representative to sound healthy and ethical. If you’re describing services at a care home: you want someone kind, professional and understanding.

You get the idea. These adjectives are a good start, but they’re all subjective. The next step is to start defining what these adjectives mean and don’t mean.

Guidelines like these don’t take long to put together, but will offer an invaluable reference to your copywriters, be that you, another member of your organization, or an external copywriting agency. Going a step further and including examples of copy you do and don’t like is also worthwhile, because it’s easy for different people to interpret your guidelines differently.

Take your tonal guidelines and apply them to your whole website, including your contact information, your terms and conditions and even your 404 error pages. Of course, readers will expect different vocabulary for legal information but that doesn’t necessitate a shift into passive voice and stuffy, “authoritative” language.

Take a look at this section from Twitter’s terms of service:

The vocabulary is appropriate to the legal subject matter but continues in the active voice, even slipping in a pun in the middle to maintain a lighthearted tone. Being bold enough to stand apart from aging conventions communicates confidence.

Things to Watch Out For

Watch out for other basic inconsistencies that will blemish your hard work on tone. No matter how seamlessly professional your tone is, a typo or misplaced punctuation mark will make you look foolish.