Do Blocked Ads Matter for Impressions?

Adblock Plus (ABP) is one of the Internet's most popular browser apps. It's designed to block practically any ad the Internet can serve, which includes Facebook, YouTube, and even Google.

That’s because blocked ads do count toward pay-per-click (PPC) and pay-per-view (PPV) totals — at least as far as data shows us.

Get your digital advertising tips straight from the experts. 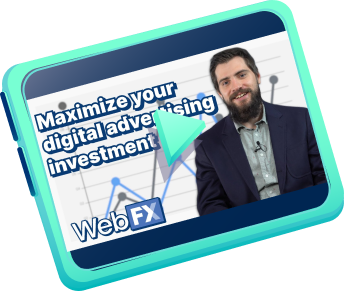 The implications of blocked ads

Unfortunately, there’s more to ad blockers than that.

While they may weed out wasted impressions, many advertising outlets still count blocked ads toward your total impressions. So if you pay by the impression or view, you’re suddenly paying much more than you originally intended. And even if you pay by the click, your conversion rate will still be skewed low.

Yes, you may get 1 million impressions on a campaign — but how many of those people actually saw it? That’s what many advertisers today struggle to find out.

Why do people use ad blockers?

People use ad blockers so they don’t have to be distracted or waste time with unwanted ads. Currently, 615 million devices currently use adblock.

With about 3.2 billion people using the Internet worldwide, that means a full, about 11% of Internet users are actively blocking advertisements. 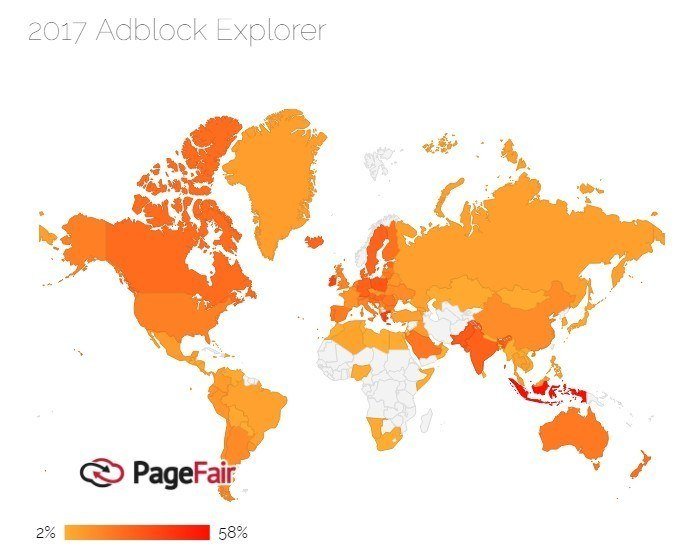 Some ad blockers are so sophisticated that they can stop ads from some of the biggest ad providers in the world, including Facebook, YouTube, and even Google AdWords. So if you apply that to your company’s online ad campaigns, you’ve lost 11% of your potential audience (assuming all other factors are equal).

That means you could be overpaying on your impression- or view-based ads by up to 11%.

That may not seem like much for an individual campaign — but those campaigns add up over time. If you repeat the same ad campaign 10 times, that means you’ve spent enough money for 10 ad campaigns, but you’re only getting the results of nine.

How advertisers have changed in response to ad blockers

Google is constantly at the forefront of advertising, especially PPC and display advertising.

So it’s no surprise that Google has taken the first step to neutralizing the problems that ad blockers present — the Google Display Network no longer charges by impressions.

Google AdWords is also safe in this regard since it only charges per click, not per impression. In fact, all PPC providers should be okay since they’ll still record users with ad blockers as an impression, but won’t actually charge you anything for the missed click.

The only downside is that your conversion rate will be skewed lower than it would be in a world without ad blockers.

The real question is: Will other ad providers and social media outlets follow Google’s lead? Or will they continue to charge by impressions?

After all, advertising providers are still making money off of this as if nothing’s happened. It’s their users — you and your marketing team — who are paying for nothing. So that’s the big question that’s on advertisers’ minds. You shouldn’t have to pay for ads that are served, but not displayed. So for every person that’s using an ad blocker, they’re costing advertisers valuable dollars.

At the time of publication, this issue hasn’t escalated very far. But the potential for blocked ads, misrepresented impressions, and lost revenue is huge.

Or at least they should. Their prime customers — advertisers — are constantly losing money to ad blockers. The best way to fix that is to stop charging advertisers by the impression and switch to clicks instead.

Believe it or not, there’s some good news about ad blockers.

First of all, there’s no universal ad blocker that crosses from mobile to desktop and back.

In addition, mobile ad blockers don’t apply to apps. So you can still get results from app-based display ads.

At WebFX, we understand ad blockers and the threats they pose to advertisers like you.

That’s why we offer services in a variety of fields, including PPC, SEO, content marketing, social media marketing, and more. Even with 11% of Internet users installing ad blockers on their computers, we still get results for our clients and we’ll do the same for you!

Contact us today to start working on your next marketing campaign!