What Are the Best Marketing Campaigns Ever?

Why do some brands seem to do better than others? It’s a question that marketers have to answer for themselves whenever they want to learn how to promote their company. And it’s not an easy answer to find.

There are many reasons that certain companies are more well-known than others, and one of the main reasons is that they have the best marketing campaigns! If you want to learn how to make your brand more recognizable, you might as well learn from the best.

Call 888-601-5359 to speak with a strategist about custom marketing strategies from WebFX, or keep reading for 5 of the most memorable campaigns we’ve seen.

Everybody who lived through the 1990s knows the “Got Milk” campaign. About 25 years ago, “Got Milk” became the slogan for the dairy industry, and soon advertisements showing stars with “milk mustaches” were everywhere — billboards, television, radio, you name it.

Although “Got Milk” pre-dated the Internet, it adapted and continued online until 2011. There’s even a Facebook page dedicated to the “Got Milk” campaign, which may have some of the most die-hard brand advocates in the world.

There are three factors to the “Got Milk” campaign that make it one of the best.

However, if your brand can’t afford to have Shaquille O’Neal endorse your ad campaign, you have other options at your disposal.

In 2004, Dove launched its “Real Beauty” campaign and quickly made headlines. The campaign showcased real women with really incredible skin (thanks to Dove, of course). Dove included as many people as possible in their campaign, including the young, elderly, thin, voluptuous, and all ethnicities. To this day, Dove continues its campaign to show that it wants to help all women look and feel their best, so they’re comfortable in their own skin.

Dove’s “Real Beauty” campaign started during a time when the Internet gained significant exposure in society. Dove used targeted advertisements, online publicity, and videos to promote their campaign as much as possible.

There are three qualities of the “Real Beauty” campaign that make it one of the best.

Not every campaign speaks directly to its target audience, though. Some choose an indirect approach and still see historical returns.

#3: Old Spice’s “The Man Your Man Could Smell Like”

Who could forget the 2010 Old Spice campaign that featured Isaiah Mustafa riding a horse, stepping out of a shower, and reminding viewers that “your man” could smell better? Old Spice hit a home run with this advertisement since it was unique with its quirky, funny, and bizarre approach.

At this point, “The Man Your Man Could Smell Like” commercial has more than 50,000,000 views on YouTube. Even though it’s not an active campaign any longer, people still like the commercial because — more than anything — it’s funny.

Old Spice’s “The Man Your Man Could Smell Like” campaign was so great for the following reasons.

Other campaigns have also successfully used humor to drive their sales as well, and they didn’t even have the help of the Internet at the time.

In the early 1980s, Wendy’s burst onto the fast-food scene by poking fun at the size of its competitors’ burgers. The company hired actress Clara Peller to deliver the famous line — “Where’s the beef?” — while looking at a tiny burger patty surrounding by an enormous bun. The commercial, and the one-liner, became a cultural hit.

While Wendy’s didn’t have the advantage of the Internet in 1984, they didn’t need YouTube or social virality to get their message out there. They survived with analog marketing that still penetrated deep into the fast food market and popularized their brand. The slogan is still around today, although often more as a joke than an actual callback to the ad campaign, but most people still know where it came from — Wendy’s.

There are three major points of the Wendy’s “Where’s the Beef?” campaign made it one of the best.

Along with Wendy’s, another American company made waves when they introduced one of the catchiest campaigns of all time.

During the 2000 SuperBowl, Budweiser launched its “Whassup?” ad campaign. As the name implies, “Whassup?” was basically the only word said throughout every commercial as friends called one another and said the same thing in odd, unusual, or even obnoxious ways.

But that one word — especially when it made people laugh — resonated throughout the whole country during the biggest television event of the year.

Because the Internet wasn’t as sophisticated in 2000 as it is today, this campaign, like Wendy’s, depended on television viewers to spread the word. And it worked incredibly effectively — people still say this phrase today, even if they don’t realize it was co-opted by a beer company.

There are three big ideas in Budweiser’s “Whassup?” campaign that made it one of the best.

Time to Level Up Your Sales

Our long list of services helps you grow every aspect of your business with marketing strategies that are proven to increase bottom-line metrics like revenue and conversions.

In the past 5 years, we’ve managed more than 12.9 MILLION transactions across our client base. 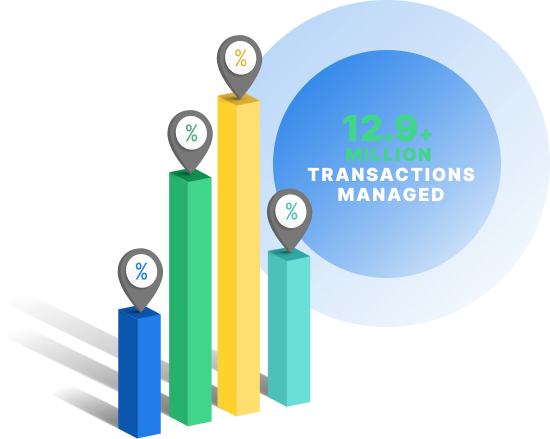 How WebFX can help you market your business

With the advent of the Internet, any brand has the potential to create a viral ad campaign that resonates with its demographic — you just need to know-how.

At WebFX, we’ve made our living based on the fact that we can advertise for you and bring you the customers you want right to your door. Our expert team of Internet marketers, pay-per-click advertisers, search engine optimization specialists, and more are all prepared to take your business to the next level of advertising. All you need to do is give us a call!

Contact us today to start working on your ad campaign!