The fast-fleeting nature of tweets makes Twitter a great platform for posting exactly what’s on your mind, and the fact that tweets have a 280-character limit ensures that you keep your thoughts short and sweet.

But did you ever think of Twitter as an advertising platform? If not, it’s time to start. Twitter advertising is a great opportunity to place your products and services right under the noses of your target audience. However, you must follow Twitter ad specs if you want the most successful campaign.

On this page, we’ll get down to business and talk about 2022 Twitter ad specs — but first, let’s introduce the different kinds of Twitter ads so that you know exactly what Twitter ad specs you’re most interested in using for your company.

If you’re ready to learn more, keep reading! If you’d rather speak to a specialist about creating ads that follow Twitter ad specs, feel free to give us a call at 888-601-5359! 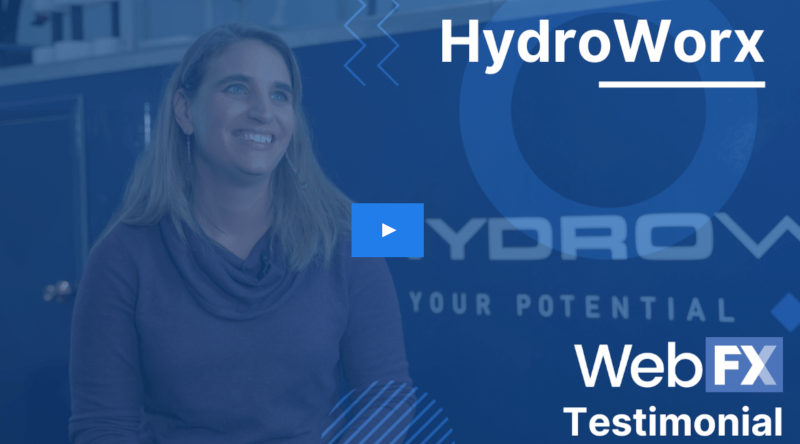 Before we get ahead of ourselves and dive right into Twitter ad specs, it’s important to understand the different kinds of Twitter ads available to you!

As you read about each Twitter ad type, you can determine which ones would fit into your campaign and scroll to the corresponding Twitter ad specs to find just the information you need.

The basic, promoted tweet. If you’re looking for something simple, a plain text tweet fits the bill.

A plain text tweet shows up as “promoted” to other users, and although it’s simple, users can retweet it, reply to it, and like it — gaining you more exposure. It even shows up to users who aren’t following you if they fall within your target audience — meaning you can advertise to a completely new group of potential customers.

Use a plain text tweet if: You’re just getting started with Twitter ads and want to see how your audience responds, you want to increase brand awareness, or you want to sell more products overtime. 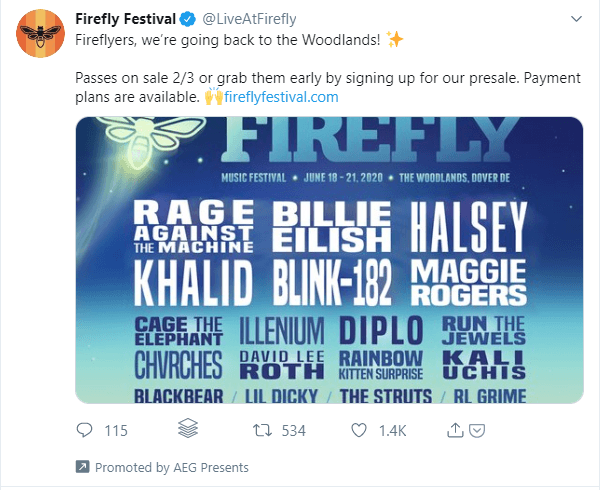 GIFs add a little spice to any feed, and a promoted GIF is no different. These promoted tweets allow you to feature a GIF of your choice — likely featuring a loop animation of a product or service. These, too, will show up with the promoted tag.

Use a promoted GIF tweet if: You want to catch users’ attention or want to show an animated version of a product or service.

If you’re looking to level up in the Twitter ad department, creating a promoted video tweet is the way to do it. Promoted video tweets of course show up with the promoted tag and allow you to post both a video and text about your product or service.

Use a promoted video tweet if: You want to capture users’ attention, you want to increase brand awareness, or you want more time than a GIF allows to show off your product or service.

Video website cards bridge the gap between a tweet and your website. They seamlessly connect your ad to your website or a landing page of your choice to boost sales and encourage site visits.

Image website cards are the same as video website cards except they use an image instead. They allow you to use both text and an image to entice users to click — taking them directly to your website or a landing page of your choice. 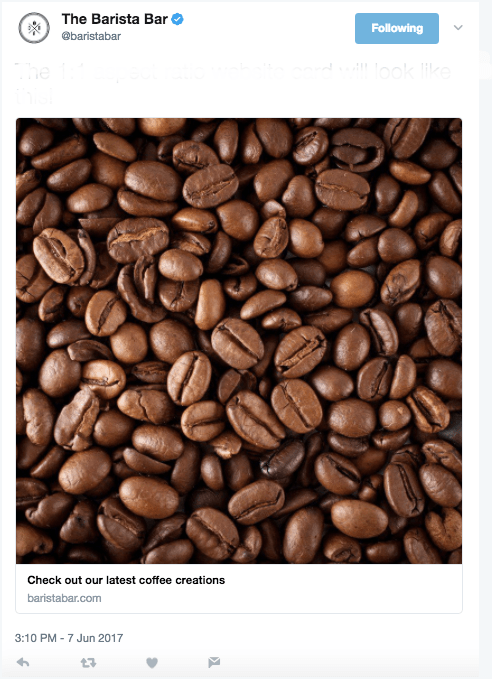 Do you have an app that you want to advertise? If so, the video app card ad option is a perfect fit. You can pair text with a video in this promoted tweet that features in “Install” button to encourage users to download your app.

Use a video app card if: You want to increase app downloads, you want to boost brand awareness.

Similar to a video app card, an image app card lets you use text paired with an “Install” button to encourage users to download your app. The only difference? It uses an image instead of a video. 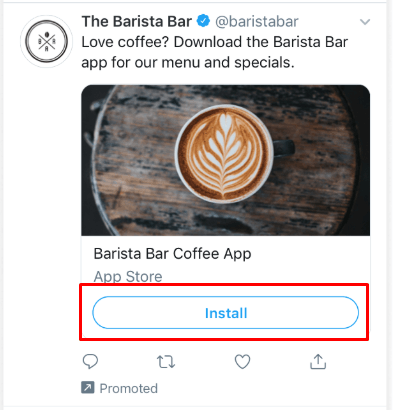 Use an image app card if: You want to increase app downloads, or you want to boost brand awareness.

Use a video direct message card if: You want to encourage customer interaction, or you want to show users that you’re always available.

Want to encourage communication without spending time on video? Try image direct message cards! They allow you to combine text and an image, along with a “chat” button — letting users know that you’re always there. 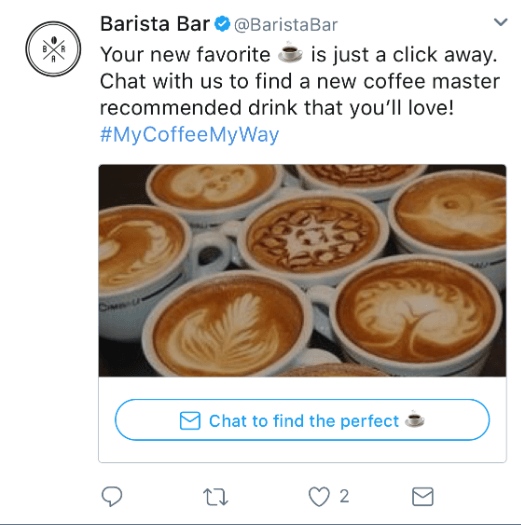 Use a video direct message card if: You want to encourage customer interaction, or you want to show users that you’re always available

Now that you know all your Twitter ad options, it’s time to talk about Twitter ad specs. Whether you’re looking for Twitter image ad specs, Twitter video ad specs, or something in between, we’ve got you covered.

Side note: If you see an asterisk (*) after a text limit, it means the following: if you use a link in your post, your character count limit is reduced by 23 characters.

If you’re looking for a digital marketing company to help you create stellar Twitter ads that follow Twitter ad spec best practices, you’ve found it. WebFX has a whole team of social media specialists who know the ins and outs of social marketing on a variety of platforms — including Twitter.

We’ll get to know your company, your Twitter ad goals, your current campaign, and even your competition. After getting to know your business, we’ll make recommendations based on your goals to help you achieve the highest possible return on investment (ROI) for your Twitter ads.

Since we’re a full-service digital marketing agency, we can help you bridge the gap between your social media marketing campaign and other marketing initiatives. We also offer the following services:

If you want to learn more about Twitter ad specs or work with a company who will follow Twitter ad specs for your campaign, get in contact with WebFX. You can contact us online for a free quote, or give us a call at 888-601-5359!