By WebFX Team  ~ 7 minutes to read
The WebFX team is made up of more than 450 subject matter experts in digital marketing, SEO, web design and web development, social media, and more. Together, they've helped WebFX's clients earn more than $3 billion in revenue from the web — and that's just in the past five years.

Our services are unmatched.

What is experiential marketing?

Experiential marketing is a form of marketing executed through a fun, interactive experience that gets customers talking about your company or product.

Plus, it encourages them to remember you. Want to know the best part?

Giving customers a positive and engaging experience allows them to connect positive emotions to your brand.

This connection is crucial now more than ever, as a recent survey from Reader’s Digest shows that millennials are more likely to stick with brands they know and trust.

Like one of their memorable flavors, Ben and Jerry’s combined experiential and digital marketing to create a winning combination — emphasizing that the two are perfect complements to one another. In their 2011 tour, Ben and Jerry’s demonstrated this teamwork. In this campaign, Ben and Jerry’s allowed consumers to tweet their want of free ice cream.

Not only did Ben and Jerry’s open this line of communication with customers, they then delivered free ice cream by having their sampling truck show up at customer locations!

The takeaway from this experiential marketing example?

Using social media for marketing — experiential or not — can effectively impact your company by building brand awareness and brand loyalty. Plus, it can even encourage users to make a purchase.

Decked out in Globetrotter gear, shoppers stepped into rain chambers that doused them with water and simulated harsh winds. This campaign built on a feature of Globetrotter stores, which encourage users to try on and test Globetrotter gear.

In fact, many of their stores have a freeze chamber.

For Globetrotter, this campaign generated a few benefits, from the word-of-mouth stirred up by the event to purchases from visiting shoppers that tested the gear and loved it, making this a valuable experience for all.

For three years in a row, this lifestyle brand has hosted a 29Rooms event during New York Fashion Week. This event entails a fun house containing museum-like rooms where you can touch and interact with art.

The company designed the rooms so that each one held something different, though they kept in mind their brand partners, which ranged from artists and musicians to companies like Dunkin’ Donuts and Cadillac.

No matter how wild your experience is, keep it on-brand and relevant to the people attending — after all, that’s how you’ll build brand awareness and encourage users to convert.

Another point to remember?

Use entertainers to help your event come alive.

When GlaxoSmithKline (GSK) was launching their Sensodyne Complete Protection toothpaste for sensitive teeth, they set up three interactive zones near London’s Tower Bridge. Activities in the zone included:

This event gave GSK and their Sensodyne Complete Protection toothpaste roughly 150 social media mentions, as well as general awareness of their new product. Not to mention, tons of impressions from people passing by.

Unlike a lot of experiential marketing events, this example did not include participants ever actually interacting with Lean Cuisine’s products, which include foods aimed towards helping consumers reach their fitness goals. As part of one of their unique campaigns, Lean Cuisine installed a gallery of scales in New York’s Grand Central Station.

They invited women to “weigh-in,” not by their weight, but how they would prefer others to weigh them.

Women wrote down things such as, “sole provider to four sons,” and, “caring for 200 homeless children each day,” emphasizing the responsibility — and weight of these responsibilities — that these women carried with them each day.

Another takeaway from this campaign? You don’t need to have your product involved in your event.

Your company can still build brand awareness by promoting a message that resonates with users.

Sometimes an experiential marketing event doesn’t even have to relate to a company’s purpose. Instead, it can focus on something that makes a mark on customers’ hearts and minds.

An example of this is when Google not only gave away $5.5 million to non-profits in the San Francisco Bay Area, but also let the public decide where the money would go.

Google let locals decide in an interactive way. How?

That offers an immense benefit, as 72 percent of consumers say they positively view brands that provide great experiences.

One time in London, Adidas set up a pop-up store and had Chicago Bulls point guard Derrick Rose, who was sponsoring a new line of sneakers and has a reputation for his jumping abilities, challenge fans to win a pair of trainers by taking them off a 10-foot-high shelf.

Adidas filmed the event and released a video that showcased it to the public. The original version got over 500,000 views. Not to mention, fans of Rose got to meet and interact with him, which may have encouraged sales of the sneaker.

This experiential marketing campaign is a great example of how to use online media to support an event, as well as how to host an event to increase buzz about a new product even more.

8. Milka: Pay it Forward with Chocolate

Maybe your company wants to use a simpler experiential marketing campaign. Do those exist? Well, of course!

The chocolate company Milka started a campaign where they left out a single square of chocolate from some purchased bars.

It’s a small amount, but people certainly noticed. Why did Milka do this? To give users two choices:

For Milka, either choice was beneficial. The person received free chocolate or had the feel-good feeling of sharing the love with a friend or family member. If someone decided to send the chocolate bar, however, it raised double the awareness for Milka’s brand.

Red Bull does a lot of experiential marketing, but this example is one of their most famous. They got Felix Baumgartner, an Austrian daredevil, to break the speed of sound as he set a record for the highest recorded parachute jump ever.

News channels all over the world showed live coverage of this event, giving Red Bull incredible brand exposure, as well as emphasizing their dominance when it comes to experiential marketing campaigns.

Good agencies have more than 50 testimonials.

Great agencies have more than 100 testimonials.

WebFX has over 860+ glowing client testimonials.

See What Makes Us Stand Out 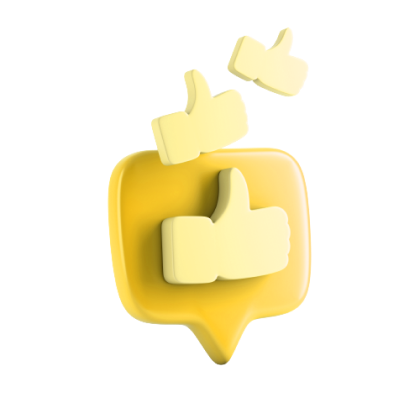 Experiential marketing can generate buzz for your company in dozens of ways. Whether you try a marketing event like these or not, there are still takeaways you can implement onto your regular marketing campaigns or social media campaigns.

See more examples of experiential marketing by joining our newsletter at the top!