More than 1 Million Public Domain Images From the British Library

By Trevin Shirey  ~ 1 minute to read
Trevin is the Sr. Director of Business Development at WebFX. He has worked on over 450 marketing campaigns and has been building websites for over 20 years. His work has been featured by Search Engine Land, USA Today, Fast Company and Inc.

The venerable British Library, with the help of Microsoft, has digitized a huge selection of of books, manuscripts, and all manner of printed media from their collection over the last couple of years. Of course this means lots and lots of images. In the 2 years since their project began, they’ve been able to compile over a million images which in turn, have been released on Flickr under the public domain license.

Considering the incredibly large collection of images, The British Library then created The Mechanical Curator, an algorithm which finds and randomly selects images from the Library’s digitized collection and posts the image to Tumblr where the images can get tagged. We think it’s just fantastic that such a huge collection of images has been made available to the public. Even if people don’t end up using these images in their work, just knowing that we have access to them is a great feeling. 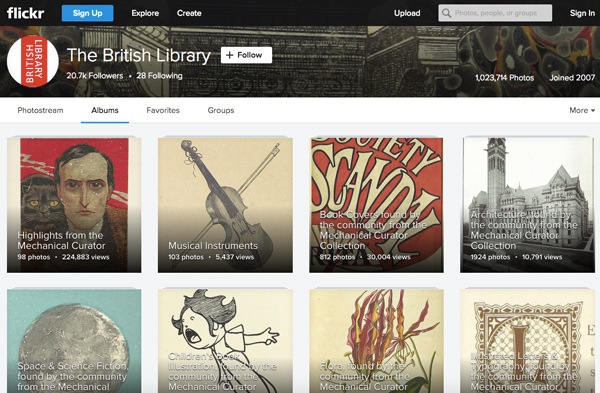 Have a look at all the creative possibilities 1 million images can bring.