The Evolution of Ecommerce

By Trevin Shirey  ~ 3 minutes to read
Trevin is the VP of Business Development at WebFX. He has worked on over 450 marketing campaigns and has been building websites for over 20 years. His work has been featured by Search Engine Land, USA Today, Fast Company and Inc.

In 1995, Amazon sold their very first book. In 2015, Americans spent over $341 billion online. Over the course of 20 years, ecommerce evolved from a novel new concept into a major part of the world’s economy.

But how did that happen?

That’s what we wanted to find out – and we did. In this infographic, we outline some of the most important milestones in the development of ecommerce as we know it today, as well as the current state of the industry and where we believe it’s headed:

The Growth of Ecommerce

Ecommerce Sales in the U.S.

Ecommerce sales have continued to grow steadily, with the total sales increasing 135% from 2009 to 2015. 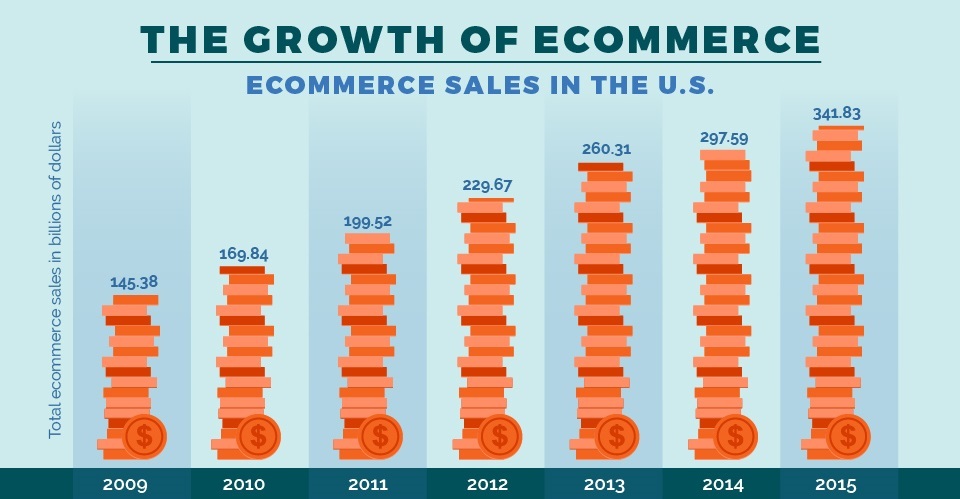 The Growing Importance of Ecommerce

Ecommerce has not only grown in total revenue, but also continued to make up a larger share of the total retail sales made in the United States.

There are now more than 800,000 stores online. 78% of US adults have made a purchase online, and 69% of adults with Internet access shop online at least once a month.

The most commonly purchased items online are electronics (22%) and clothing (17%). 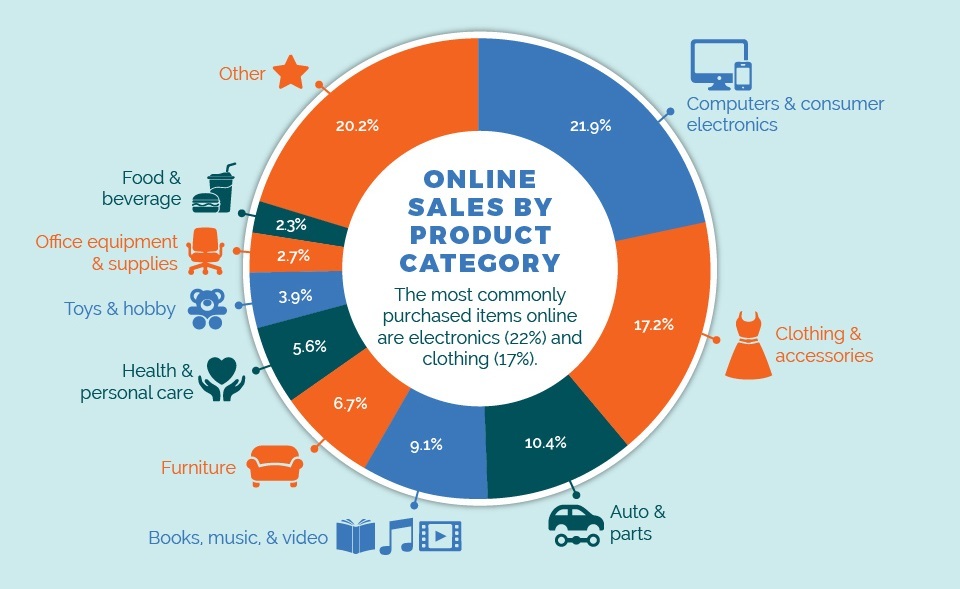 Ecommerce is continuing to evolve, and two of the most important trends for online retailers today are mobile commerce and personalization. In 2015, 30% of ecommerce sales took place on a mobile device, and mobile commerce is expected to grow 2.58x faster than total ecommerce sales. 56% of consumers say they would be more included to use a retailer if it offered a personalized experience, and 74% of online shoppers get frustrated when websites show content that has nothing to do with their interests.

Want to turbocharge your ecommerce sales?

Check out our online marketplace guide — and contact WebFX today to start boosting your online revenue!