Programmers are the most powerful people in the world

By Trevin Shirey  ~ 2 minutes to read
Trevin is the Sr. Director of Business Development at WebFX. He has worked on over 450 marketing campaigns and has been building websites for over 20 years. His work has been featured by Search Engine Land, USA Today, Fast Company and Inc. 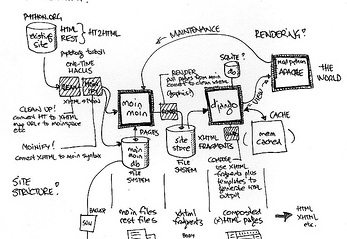 I am not a programmer. I can edit code and cut out bits and pieces of a few languages to make something function, but I can’t sit down and pound out code like a true programmer. It is rare that a day goes by in which I don’t wish I knew how to program though.

As somebody involved in the Internet/technology realm, I feel like my lack of real programming ability constantly handcuffs me. I can’t truly create anything great myself. I’m not the only one having this problem either.

I’m also stunned by the amount of requests and ads I find online by people searching for technical co-founders. Their lack of technical knowledge is costing them half of their company before it even gets started. What’s sad is that most people who want to create something never even make it that far.

Lots of people have awesome ideas but they never get off the ground because they lack the technical knowledge. “Somebody needs to build…” Programmers are modern day architects and builders. Or as Paul Graham elegantly states, programmers or ‘hackers’ are modern day painters:

What hackers and painters have in common is that they’re both makers.

Along with composers, architects, and writers, what hackers and painters are trying to do is make good things. They’re not doing research per se, though if in the course of trying to make good things they discover some new technique, so much the better.

As is written ad-nauseum, we are living in a digital age driven by the Internet.

The backbone of our infrastructure and society lies online. Our work. Our social lives (sadly).

Our commerce. Our government. Programmers are the builders behind all of this.

Just browse through the recent headlines and you’ll see the fingerprints of programmers all over the place — in areas you wouldn’t expect too.

Bill Gates and Mark Zuckerberg are  who are now giving away their fortunes.

WikiLeaks has certainly made some waves.

Word spreads faster than ever. Services that have been created like Twitter and Notifo make communication completely instant.

When you think of a profession or job that has a major impact on a lot of people, you might first think of a teacher, politician or doctor. But behind almost everything — even the tools of those respective trades — is a piece of code written by a programmer.

That is real power.