Think Like A Greek God: Psychology Behind The 5 Star Rating

Dating back to ancient Greece, there has been a system in place referred to as the collective choice; group choices that define democracy and joint decisions on important issues of the day. While the choices made then were of different subject matter, ultimately the idea of competing against your peers has stayed constant. Within this idea of a collective choice lie three main systems: the selection system, opinion based and comparisons.

For now, let’s focus on the third component and understand comparisons and their impact when it comes to online reviews and ratings. 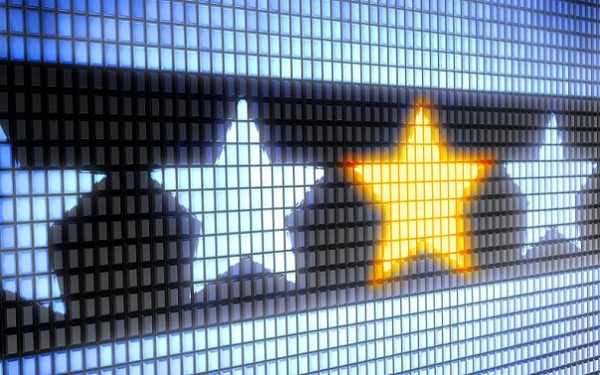 Choice on the internet comes down to two basic principles: is product or item A better than product or item B. (or C, D, E, etc.) When an individual is allowed to cast their opinion on a topic alongside their peers, a comparison system is developed.

The rise and fall of a particular item is built around the judgment of the users. So why is it that almost every product page, movie review or ecommerce store has a system utilizing a five star review? Before we determine that answer, let’s look at some of the other systems encountered on the web.

First is the two choice system or a simple yes and no rating. We see this system on the internet in places like Reddit, Quora, and the comment sections of sites. Recently, Youtube has switched to a thumb up or down from its previous scale.

While this works to gather an opinion on a basic level of is this content or product useful, it doesn’t provide enough when it comes to educated decisions. The reason for Youtube’s switch lies behind their data. While a five star system looked great to rate videos and display search results based on votes, almost every video had a five star rating.

The system was proven ineffective when it came to liking or disliking a video. The thumb up or down system, for Youtube, was a more logical choice. Next is the three star or choice system.

Highly used by eBay for years, not until recently have they switched to a different system. The three star system gives the user the ability to select a negative, neutral, or positive rating. What ended up happening on eBay was that negative feedback was seen very rarely.

When it was seen, it was almost ignored because the percentage was so small. There was a fear between sellers and buyers that giving someone else negative feedback could result in backlash of negative feedback and the vicious cycle would begin. Therefore, everyone primarily left positive feedback or none at all; neutral was scattered among the positives but really played no role in the outcome of your eBay score.

To recap the reason the three star rating system failed were: • Non granular options: Positive, Negative or Neutral. • Bilateral system: buyers and sellers afraid to leave negative feedback in fear of receiving negative feedback • Meaningless: no definition of what should be considered positive or negative and ratings of a user never impacted who could buy or sell (to an extent, extreme cases were handled appropriately) A four star system isn’t even worth talking about, no one uses it. It leaves no room for neutrality, other than leaving no feedback, and just doesn’t work.

Psychology Behind The 5-star Review 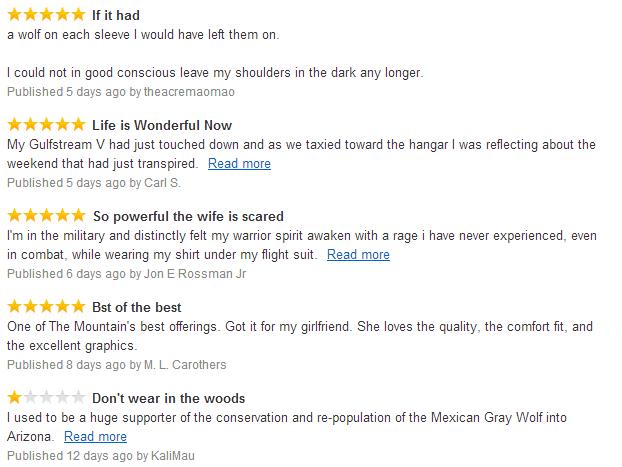 This brings us to the topic at hand; the famous and widely used five star rating; seen on nearly every major ecommerce site such as BestBuy, Wal-Mart, Amazon, Newegg, and many more. With a five star rating you’re giving the user a lot of freedom without complication. Feedback can be on a scale of essentially, zero to five.

With zero being I don’t want to participate. The scale is also mentally thought of as really bad, bad, neutral, good, and great. This allows the user to place distinctive labels on each star without any effort.

Unlike the previous systems, five stars are granular enough to create an understanding of how good something is without overloading the user with choices. After all, simplicity wins out when it comes to user participation; which in turn lets the online shopper quickly and easily determine if a product is right for them. Another advantage is familiarity.

Well before the Internet and even in the early days of the web, critics reviewed books, movies, television shows and products. You might have seen these in the newspaper or a trade magazine. Most of the time these reviews were based on a scale of five, giving today’s users a feeling of comfort and ease when using the scale or rating something themselves.

Many sites are taking advantage of the five star review system and expanding on it. Amazon is prominent with user written reviews that supplement their choices in ratings. Newegg also does a fantastic job with accompanying written reviews to provide an even deeper insight into a product.

Going beyond five stars to a scale of six or more comes down to the general grading principle. The general grading principle states that a more granulated scale, while allowing deeper insights, is much harder for those leaving feedback to decide on a number and end up abandoning their opinions. Eventually, this turns into less reviews and a smaller collection of data to create good solid feedback.

So do as the Greek God’s once did and use the knowledge of your peers to make decisions. If you own a business looking to put in place a rating system, start with a five star review. Your products will be evaluated quickly and with detail.

Of course you can experiment and find what works best but why not just start with a proven method. As a shopper, continue to leave feedback, and don’t be afraid to be the bad guy sometimes. Your experiences can help shape the decisions of people around the world.

Previous post 7 Design Websites That Give Back: Designing For a Cause Next post Beautiful Use of Google Fonts: 30 Inspiring Examples
TO TOP