The value of the anonymous stranger 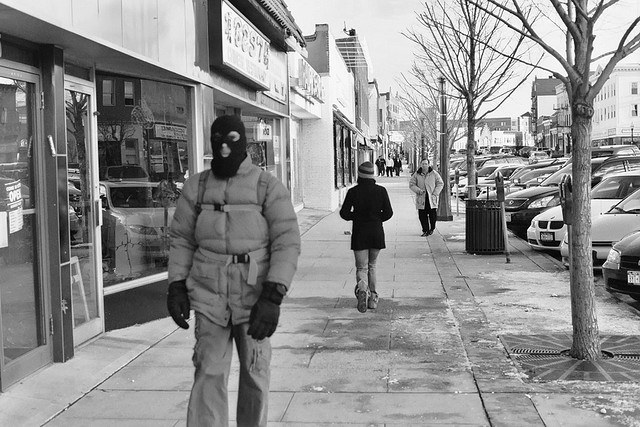 Around a year ago, I decided I wanted to become a hockey goalie. I’d played hockey for several years, but didn’t know the first thing about playing goalie. I didn’t have any friends that did either.

After I ordered some cheap equipment, I had a couple of options. I could either dish out a lot of money for lessons or I could do what I’ve done to solve plenty of other problems in life — I could Google it. Naturally, I chose the latter and what I found were several communities of goalies from all over the world willing to take time to answer my newbie questions; hundreds of blog posts on technique and plenty of embarrassing stories of 14-1 losses I could very easily relate with.

While Google gets the credit for providing me with information on how to play goalie, among many other things, it is merely a vehicle between the searcher and mostly anonymous strangers. When most people think of ‘anonymous stranger’, the picture isn’t so pretty; couple it with ‘online’ and it gets worse  yet. This is why so many people are happy with the “Facebookization of the Internet.” Mega-blogs like Techcrunch have moved away from anonymous comments to Facebook comments.

Increasingly, online locales are requiring people to login in with Facebook or Twitter, or to at least verify their ID in some way. In the 15 or so years I’ve used the Internet, it turns out these nameless and faceless people who roam the Internet aren’t all that bad after all. In fact, they’ve provided me with a lot more help than harm.

Anonymous posts online have much more substance to them than simply bashing Justin Bieber or arguing about illegal immigration on some unrelated YouTube video. I’ve learned how to play guitar, program in PHP, improve my 5k time and how to best use my DSLR from perusing things such as online forums, Yahoo! Answers and community-edited wikis.

I might not have made the Dean’s list in college without the help of these unknown people (Sorry Mom and Dad!). Accountability is certainly an area that needs improvement on the social web. I get just as frustrated with anonymous trolls as the next guy does.

But tools like Facebook Connect that shut out those who wish to post anonymously are not the answer. In my eyes, one of the greatest strengths of the social web we’ve built is equality. Rebecca Black and David After Dentist have the same opportunity to pull in millions of YouTube views as John Mayer or Zach Galifianakis.

Betty from down the street can start a blog in 10 minutes equally as accessible as CNN.com. This ubiquitous equality is what makes the social web so great. If the “Facebookization” of the web continues, it will kill this equality.

All of a sudden, less people care what Betty from down the street has to say because she is, well, Betty from down the street. And maybe a white collar worker in some financial company is a lot less likely to tell me about how he let in 15 goals in his first ever hockey game because he doesn’t want everybody in his office to know about it. The online anonymous strangers aren’t all like the people your parents warned you about.

There are millions of intelligent and valuable conversations taking place online anonymously every single day. Facebook Connect and other ‘solutions’ can continue to gain popularity and perhaps even put an end to trolling. Though with as much accountability as they can provide on the Internet, if they take away even a small slice of some of the great information and discussions that occur without names, e-mails and job titles, it’s a price not worth paying.