What to Do If Your Business Comes Under Fire

By Ben Allen  ~ 8 minutes to read
Ben is a content marketer who loves helping businesses grow. He also writes about motivation, relationships and video games. Follow him on Twitter @allen24ben to read more of his thoughts.

Close the blast doors. Call the reinforcements. The worst thing just happened: Your business offended someone.

And that person knows other people. They’ve posted all about it online, and are discouraging their friends and family from ever becoming customers. You think your business is ruined forever.

Luckily, that doesn’t have to be the case. As long as you keep a level head and handle the situation professionally, you can turn it into an opportunity to showcase your customer service skills and come out even more successful than before.

After being presented with this crisis, you’re probably a little emotional – whether that means anger, fear, confusion, or some combination of the three.

All of these emotions are understandable, but aren’t going to help you in this situation. These emotions are part of the fight or flight reaction, which isn’t what you want right now. Navigating a delicate situation like this requires professionalism and patience, so take some time to calm down before taking an action at all.

Take a walk, grab some tea, or sit down and discuss the problem with someone whose opinion you value. Lashing out will only hurt your business, and you need to start making a plan to fix this problem.

Once you’re ready to approach the situation with a clear head, you’ll first need to gauge the damage.

Get an idea of how far it has spread, and what the general reaction has been so far. First, on what online platforms is most of the damage happening? A trend can be picked up very quickly on platforms like Twitter, while it may take a bit longer to gain traction on other platforms.

Social media can attract a lot of attention from a wide audience, and is actually where most protests start today. Start combing through Facebook and Twitter and find all you can about the issue. Set up a Google Alert for your business name, if you don’t already have one.

That way, if you are mentioned in a blog, news publication, or other website, you will hear about it as soon as it goes live. As you assess the damage, identify where the problem started and who the first person to share it was. This will give you the opportunity to address the issue right at the source, and possibly resolve it entirely.

Often, online commotion gets sidetracked or adopted by other organizations to further their own desires. But if you go straight to the original poster and address their concerns, you can stop the issue before it gets enough attention to create these extra problems.

Apologize and correct the problem

Did you make an honest mistake?

Was one of your employees rude, offensive or unprofessional? Was the problem preventable? If that’s the case, you should start by issuing an apology.

Then, you can begin to correct the issue. A quick response to a problem will show people that your business cares about its customers, which will help prevent further damage. If the issue was already picked up by any news sites or blogs, be sure to reach out to them with a copy of your official apology.

Also reach out to whoever pointed out the mistake and thank them for helping your business. Getting them on your side can help minimize the damage.

One of the most public instances of a corporate apology was for BP’s massive oil spill.

While other oil spills have happened in the past, thanks to the size and media coverage of this one, the company received a lot of worldwide attention. In order to address the issue, they launched an entire apology campaign, beginning with a video apology from CEO Tony Hayward. 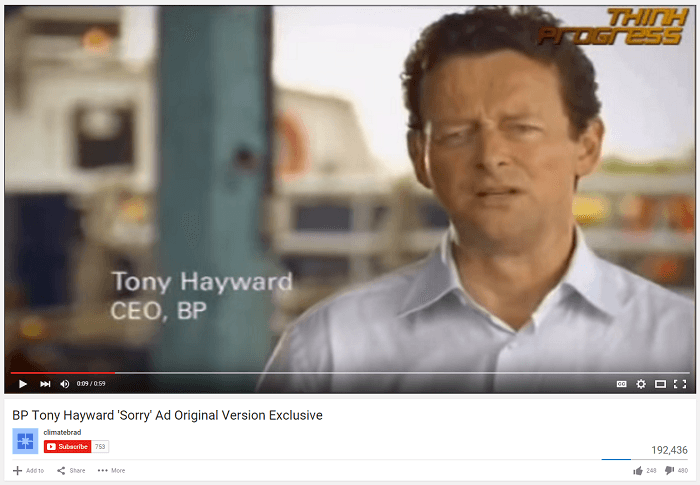 Now, if you type “BP oil spill” into any major search engine, the first page of results is all about this campaign and the millions of dollars the company spent helping clean the coast.

On the other end of the spectrum, JCPenney received a lot of criticism when they announced their “Fair and Square” program. This program reduced the number of coupons and items no longer had a “fake price”, and although it was meant to benefit shoppers, the majority of them were against the idea. After a $428 million dollar loss, the company began running ads explaining that they’d learned from the mistake and were dropping the program as a a result of hearing their customers’ concerns. 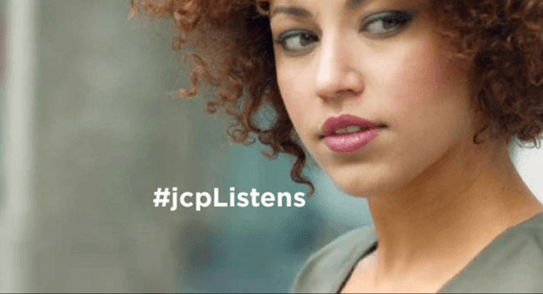 They’ve since returned to the more traditional business model that their customers prefer.

Stand up for your business

If a specific incident was the issue, an apology and solution should be enough to resolve it. But if the issue was with your business as a whole and the products or services it offers, that may not be an option.

Depending on your industry and business, some consumers may be offended by your products or a specific lifestyle you’re associated with. In these cases, unless you’re willing to alter the way your business is run to accommodate a few naysayers, the best option is to simply explain why you do things the way you do. Businesses in this type of predicament have to stand up for themselves and combat the bad publicity.

Issuing a statement explaining your morals, reasons, and benefits for the community is a great start.

In August of this year, Target announced that they were removing gender-based labels from the toy aisles in their stores. They made the move after hearing from customers that dividing toys by gender was unnecessary, and many of their customers were supportive of the shift – but others were not.

Instead of backing down from the change, Target issued a press release about their decision to “move away from gender-based signs”:

The statement was well-received by supportive customers, and was shared extensively on social media and news sites.

In 2012, the CEO of Hobby Lobby announced that the company would not provide federally-mandated funding for certain contraceptives that he and his family believed to be “abortion-causing.” The issue received a lot of public attention and the case eventually was heard by the Supreme Court. Not once did the company apologize, and the courts eventually sided with Hobby Lobby and upheld their decision.

Although this may have alienated potential customers who did not agree with their choice, it earned the support of shoppers who admired their decision to stick with their beliefs.

Use the negative publicity

Depending on your business’s image and brand, if the backlash is particularly crazy, you could use the negative press to your advantage. One example of this is The White Moose Cafe in Dublin, Ireland.

Prior to a massive social media outrage, they were just a small, local cafe with a handful of reviews and a loyal customer base. Then, the owner posted a message on Facebook asking vegans to contact them before visiting so they could make accommodations to their food preferences. The post had a sarcastic tone, and was not well-received by vegan Facebook users.

The vegan community responded quickly, giving the cafe over 2,000 one star reviews in just a few days, sending death threats, and eventually organizing a boycott outside of the business. So what did the cafe decide to do? Instead of apologizing for not catering to vegans, the owner continued to poke the bear.

He posted multiple statuses making fun of them, while thanking his omnivorous patrons for their support. The crazy thing is, it worked. The Facebook page now has about 14,000 five star reviews, a global fan base, and tons of worldwide exposure.

They were featured on Buzzfeed, multiple news sites, and has become a tourist stop for people traveling in Ireland. As a caveat, this isn’t a good idea for the majority of businesses. But if yours has a similar tongue-in-cheek style and an extremely supportive customer base, it could help you turn negative press into quite the opportunity.

Once you’ve addressed the issue as well as you can, it’s just as important to let it go. Almost every business will have an unhappy customer at one point or another, and after you’ve done what you can, you need to move on. Continue to focus on your business – and the happy customers that support it – and use the lessons you’ve learned to improve.

Do you have a story about a public mishap? Got a piece of advice to share? Let me know in the comments below.