The Science of Virality [Infographic]

By WebFX Team  ~ 3 minutes to read

What makes things go viral? We often see articles, videos, and images shared by our friends on social media networks – but what made those pieces of content so share-able? Answer that question and you could have millions of views, hits, clicks, and links.

All the glitz and glamour with none of the hard work. Elon University performed a study on the so-called “science of virality” — essentially, what makes things go viral. They analyzed 20 of the most viral videos on the Internet, as identified by Time Magazine.

The videos were examined for different characteristics, and how these factors may have contributed to the virality of each video. The findings of this study are presented in our infographic below.

A total of nine different characteristics were identified between these 20 viral videos:

Overwhelmingly, it seems that the element of irony — that is, the results not being what was expected — was the biggest driving factor in the virality of a video. 90% (or 18 out of the 20 total videos) had this element. This was classified differently than the element of surprise, which indicated shocking results, not comedic irony.

Unlike irony, surprise was only present in 50% of the videos on the list. 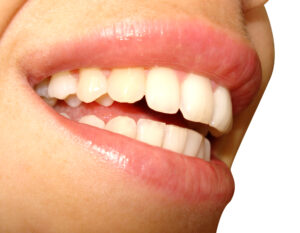 You might think that most viral videos are funny, or spread most rapidly if they make people laugh. However, the study proved that this isn’t always the case!

Only 30% of the videos on the list provoked laughter within the first 30 seconds. While it could be argued that many of the videos may make you chuckle or smile, only a few on the list resulted in laughter among the participants. Each video was also viewed twice to ensure that laughter wasn’t missed by those conducting the study.

What else has a large effect on virality? It seems that musical elements contribute to the spread of videos. 60% of the videos on Time Magazine’s list had some kind of musical quality.

Also, a large majority of the videos had very short titles of three words or less. Finally, another 60% of the videos were either pre-rehearsed or seemed non-spontaneous, which means that “professional” videos probably more likely to spread quickly than those that are recorded with a cell phone or personal camera… unless they’re extraordinarily funny, it seems.

While there’s no real “secret recipe” to making something go viral, these 20 examples show that the right combination of elements may give a video a better chance at widespread success and attention online. What is your favorite viral video, and which of these elements does it have? We’d love to see some links to your favorites in the comments.