What’s in Your Pumpkin Latte, and Why Are They So Popular? [Infographic]

It’s October, and that means it’s the beginning of the most celebrated, barista-centric season of the year: Pumpkin latte season! Since their invention in the early 2000s, millions and millions of cups of hot, pumpkin-y goodness have sold throughout the world. Today, almost every coffee company in the United States has a pumpkin latte recipe, whether they call it a “pumpkin spice latte,” “hot pumpkin latte,” or something else delightfully pumpkin-esque.

But what’s actually in these awesome autumn pick-me-ups? Well. It’s interesting, to say the least.

So interesting that it’s hard to imagine the pumpkin latte has become as popular as it is without the help of a little marketing magic.

The facts about your pumpkin latte

At WebFX, we drink a lot of coffee. And considering the many fresh faces that have recently joined our team, we definitely drink more than we did when we surveyed ourselves a year ago. 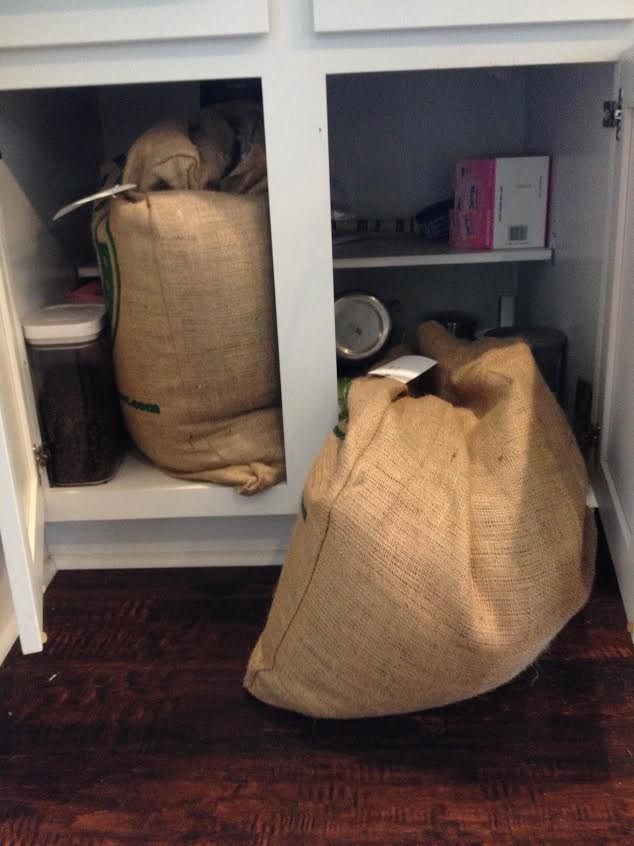 (We usually have another bag. Or two. Or six.) That’s also why we were so interested in pumpkin latte season.

In October, they dominate the coffee scene, and we enjoy the season of spiced-up espresso just as much as any other coffee fanatic. But we also like to be happy and healthy, which made us wonder about what we were actually drinking. Yeah, pumpkin lattes are delicious — but should we be enjoying them as much as often as we do?

Embed this graphic on your site:

That’s a lot of information to take in all at once, so let’s break it down bit by bit.

A (long) note on McDonald’s

Before we dive into the analysis, we need to get something out there in the interest of full disclosure. We couldn’t find the exact listings of McDonald’s ingredients or nutritional information for the United States.

And because McDonald’s drink sizes are drastically different in the US than other countries, we had to find a way around that roadblock. So we started by finding that information for Canada. But that brought us to another problem — Canada uses the metric system, so we had to convert American sizes into milliliters to make sure we used the same units of measurement.

Next, we had to figure out the ratios of milliliters, calories, and grams of sugar to make sure they stayed consistent for every drink size McDonald’s offers. And, after testing the ratios of each size, we were happy (and relieved) to find that they were consistent. Using the data for pumpkin spice lattes with 2% milk linked on the chart above, calories are roughly 55% of the total serving size in milliliters.

Similarly, grams of sugar are roughly 8%. With those percentages in mind, all we had to do was plug in the size of American drinks (in milliliters) and apply the percentages. Voila!

That gave us the ratio-appropriate amount of calories and sugar in each drink. While this may sound pseudo-scientific, it actually makes sense for foodservice. In restaurants, consistency is key to providing a signature product, and McDonald’s knows that better than any other company considering almost every item on their menu is a Mc-Something.

Their food’s identity is just as much a part of their brand as their company’s name, and that means people need to know what to expect when they order something, right down to the product’s color. After all, if it doesn’t taste or look like a McDonald’s pumpkin spice latte, is it really a McDonald’s pumpkin spice latte? So, basically, the ingredients are the same, the proportions are the same, and the products are the same — the only difference is the sizing.

Whew. So with all that math out of the way, let’s take a look at the data.

With these six big coffee companies all lined up in a row, it’s easy to compare the ingredients they use.

All of them use espresso, which makes sense since that’s the caffeine supply of a latte. They also use milk, which is another important ingredient. But they don’t all use the same kind of milk.

Some use 2%, others use skim, and others use reduced fat. Interestingly enough, none of these companies list whole milk as an option for their pumpkin beverages, probably because it’d drive the calorie count through the roof (but we’ll get to that later). For the businesses that let customers choose what kind of milk they want, we used 2% as the default to determine the rest of the nutritional information.

Every company also uses some variation of pumpkin spice flavoring, but only a few actually publish what goes into that flavoring. And considering this syrup or sauce is responsible for the flavor of a pumpkin latte, those ingredients are important. That’s also the information that can tell you what, exactly, you’re drinking when you knock back a latte this fall.

Naturally, you can also get whipped cream with a lot of these lattes. Whipped cream may not seem like much — it’s so light and fluffy! — but depending on the kind a company uses, it could contain as much as 38% pure fat.

That means it’s just as important an ingredient as the milk or syrup that goes into the actual drink. The milk, pumpkin syrup, and whipped cream are usually the biggest sources of flavor in a pumpkin latte. But other flavor additives, like nutmeg and vanilla, can find their way into your favorite fall-time drink, too.

They may not sound like much, but they can give that little extra kick to turn you into a café regular.

The size of your latte

The size options for pumpkin lattes are pretty consistent across the board. With the exception of Caribou Coffee (which doesn’t have its sizing options online) and Panera, smalls, mediums, and larges all contain roughly the same amount of fluid ounces.

Starbucks has the smallest (8 oz.), and it’s tied with several other companies for the largest (20 oz.). All in all, it’s a pretty even spread.

This is where everything starts to get a little scary.

These lattes have to get their flavor from something, and sugar just happens to be the one of the most popular and affordable sweeteners on the market. But considering that men and women should have 37.5 and 25 grams of sugar per day (respectively), you can easily hit your daily limit on sugar and then some with one drink. Even the smallest option on this list — a Starbucks short — has 26 grams of sugar, which is already more than the scientifically-recommended maximum for the average woman.

On the other end of the spectrum is Caribou Coffee’s hot pumpkin latte, which, as a large, carries 90 grams of sugar per cup. That’s roughly 18 teaspoons, or more than twice as much as a can of Coca-Cola. To expand on that, when you get a large Caribou Coffee hot pumpkin latte with 2% milk and whipped cream on top, it has a full 100 grams of sugar.

Calories are what everyone wants to know when it comes to food and drink, especially those who are on a diet or program that requires counting calories each day.

On the low end of the spectrum is Peet’s Coffee & Tea. Their small has a total of 160 calories, which may sound like a lot at first, but it’s pretty reasonable compared to some others. As with grams of sugar, Caribou Coffee takes the cake (so to speak) in terms of calories.

A large with 2% milk has 640 calories, which is a whopping 32% of your daily caloric intake based on a 2000-calorie diet. And, using the same example from the last section, you can add whipped cream to get a full 790 calories from just one large latte. That’s a little less than 40% of your daily intake.

It’s also the same amount of calories as five pounds of carrots. But, hey, there’s got to be a downside when something tastes that good, right?

Here’s the thing about all this information: It’s been available for a while, and you can find it on any of these companies’ websites.

Sometimes you have to dig, sometimes you have to download their app — but the information is there. That makes it more surprising that pumpkin-flavored products have become more popular over the years with all that nutritional information readily available. How are pumpkin lattes still gaining steam when people know about their sugar content and calories?

Basically, it’s marketing genius. The pumpkin latte is a seasonal product that comes back around the same time every year, and then it leaves. It’s the old standard of the limited-time offer — it just has a set lifespan each year.

Academics call this artificial scarcity. Artificial scarcity describes when a company intentionally reduces the production of an item despite having adequate resources and demand to sell it. These kinds of strategies could hurt a company’s revenue initially, but by using the right strategy and backing the right product, corporations can see regular surges in anticipation, demand, popularity, and — most importantly — profit.

It’s similar to the McRib, which randomly comes and goes, yet somehow maintains a cult of fanatical supporters. Except, with pumpkin lattes, there are more and more people who love the product on a regular basis. This fad only needs time to grow, and the more it repeats the same pattern, the more it brings in money.

In a nutshell, there’s a lot more to a pumpkin latte than you get at first glance. They taste amazing, but they also come with a lot of calories and sugar. But if you’re into the spirit of the season, all you have to do is practice moderation!

Pumpkin lattes are still a great way to enjoy autumn, and you can bet a bunch of us at WebFX are going to do exactly that. (I’ve already had several because who needs shame?) Plus, sometimes you just need a hot morning pick-me-up that’s sweet instead of bitter — and that’s when a pumpkin latte is your best friend. What do you think about these statistics on pumpkin lattes?

Will you think twice before getting one next time, or are you excited to get your pumpkin on? Let me know in the comments!