How to Make a Knob/Dial UI with Photoshop 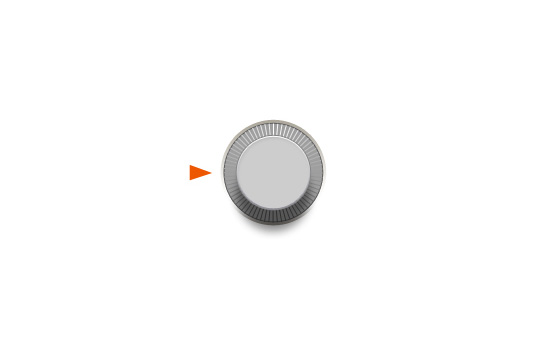 Step 1: Set Up the Photoshop Document

Launch Photoshop. Start to create a new document by going to File > New. In the New dialog window, set the Background Contents option to White. 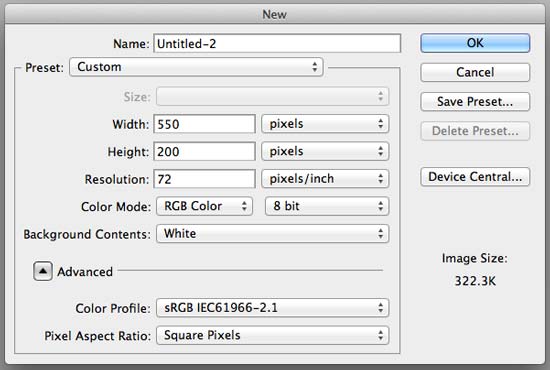 Press the OK button to create the new Photoshop document.

Step 2: Create the Base Shape

Click on the Ellipse Tool (U) in the Tools panel.

In the Options bar (located at the top of Photoshop), make sure that you’re using the Shape layers mode and also set the Color option to gray (#9f9f9f).

Draw a gray circle with the Ellipse Tool by holding Alt + Shift (Mac users: Option + Shift) to make sure you create a perfect circle.

In the Layers panel, double-click on the circle shape layer to open the Layer Style dialog window. Apply the Stroke layer effect to the gray circle using a Fill Type set to Gradient. Use the image below to guide you. 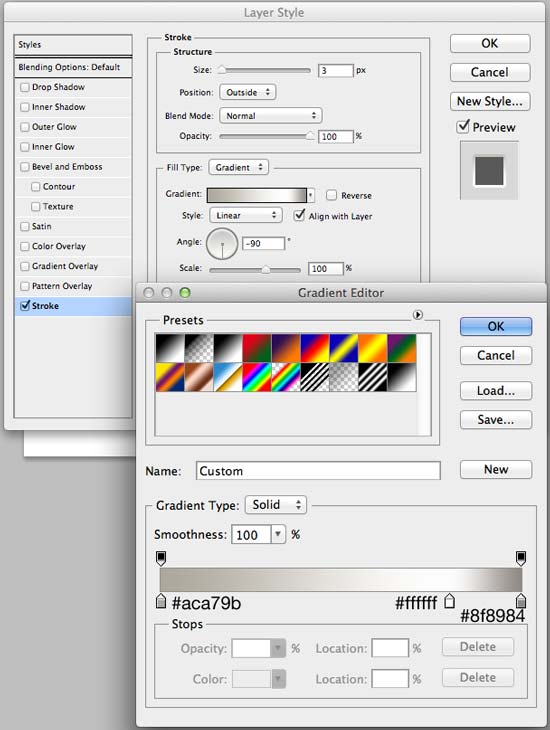 Double-click on the duplicate layer to open the Layer Style dialog window.

Modify the Stroke layer effect settings so that the Fill Type is set to Color. You can use the image below as a reference. 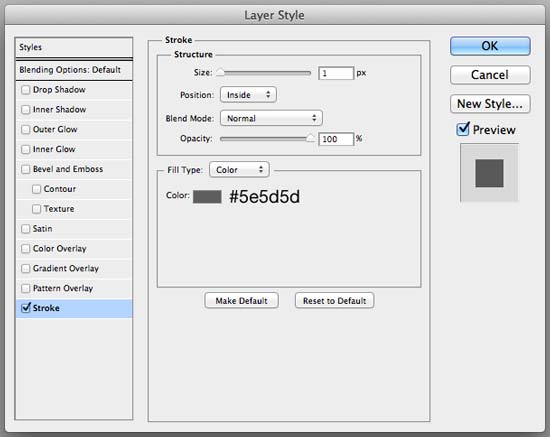 Step 3: Create Lines on the Circle

Click on the Line Tool (U) in the Tools panel.

In the Options bar for the Line Tool, set the Weight option to 1px and the Color option to black (#000000). Draw a vertical black line as shown below. 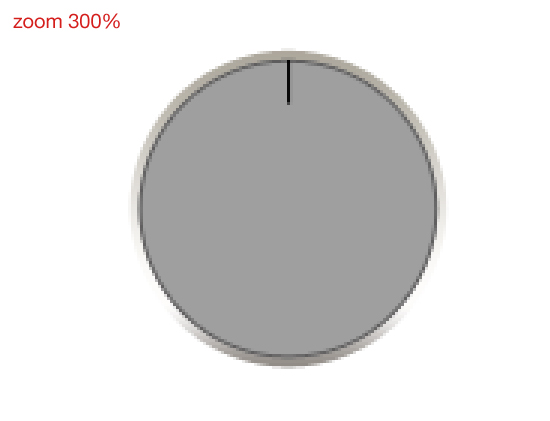 Hold down Alt (Mac users: Hold down Option) to allow you to relocate the center point of the vertical black line to the middle of the gray circle. 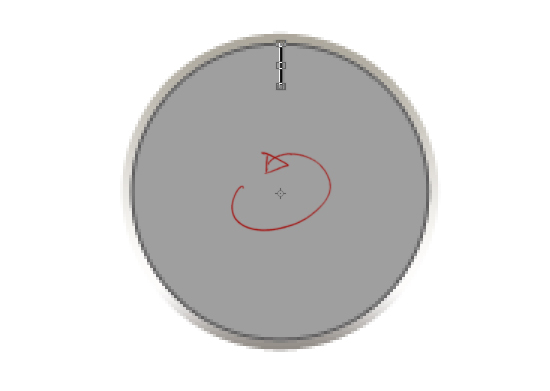 Rotate the shape by 5o by going to Edit > Transform Path > Rotate and then inputting 5 for Rotate option in the Options bar. 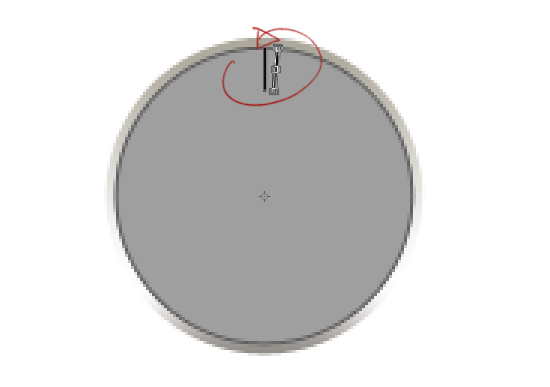 Repeat the transformation and duplication until the circle is filled with lines. 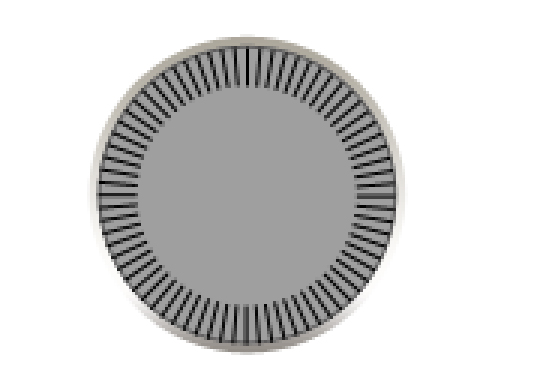 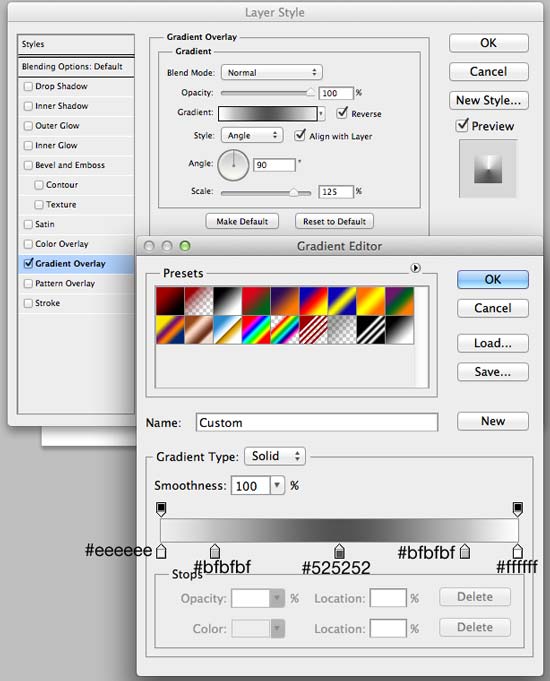 Step 4: Create the Top of the Knob

In this step, we’ll create the top our knob.

Use the Ellipse Tool (U) to draw a circle like on the image below (use any color you want).

Double-click on the new shape layer in the Layers panel to open the Layer Styles dialog window. We will give this circle a Drop Shadow layer effect and a Stroke layer effect, as well as modify its Fill Opacity. 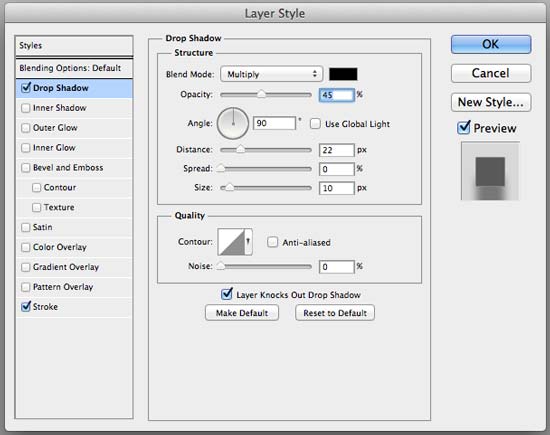 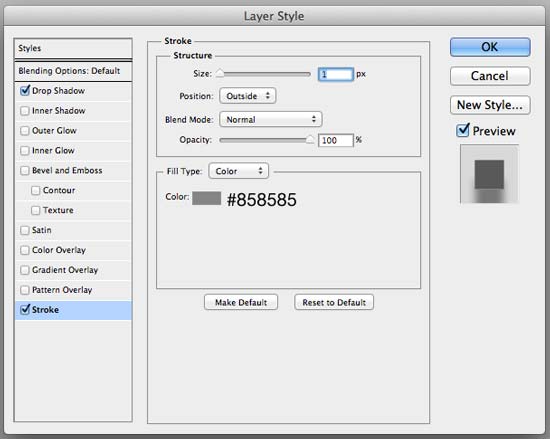 You can set the Fill Opacity to 0% via the the Blending Options section.

By having a Fill Opacity of 0%, the fill color of the circle will be transparent, but the layer effects (Drop Shadow and Stroke) will remain. 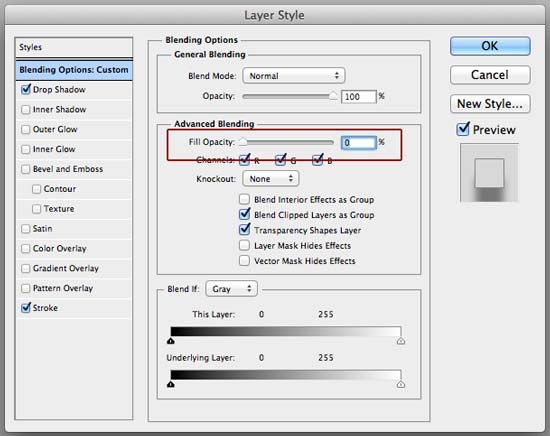 Duplicate the circle. In the Layers panel, right-click on the duplicate layer and then choose Clear Layer Style in the menu that appears.

Open the Layer Style dialog window for the duplicate layer and then apply the following layer effects: Inner Shadow, Color Overlay, and Stroke. Use images below as a reference for each layer effect’s settings. 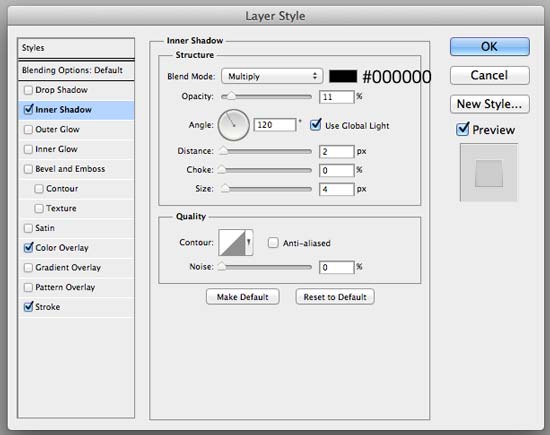 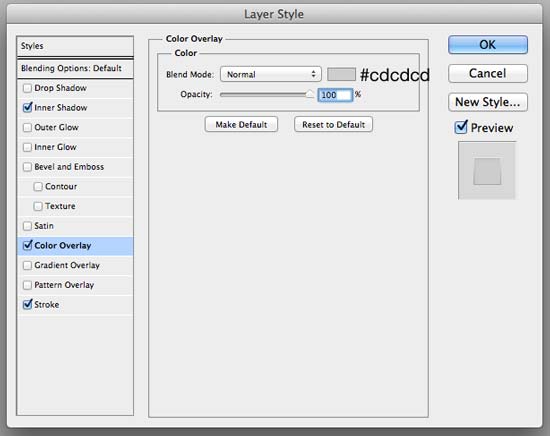 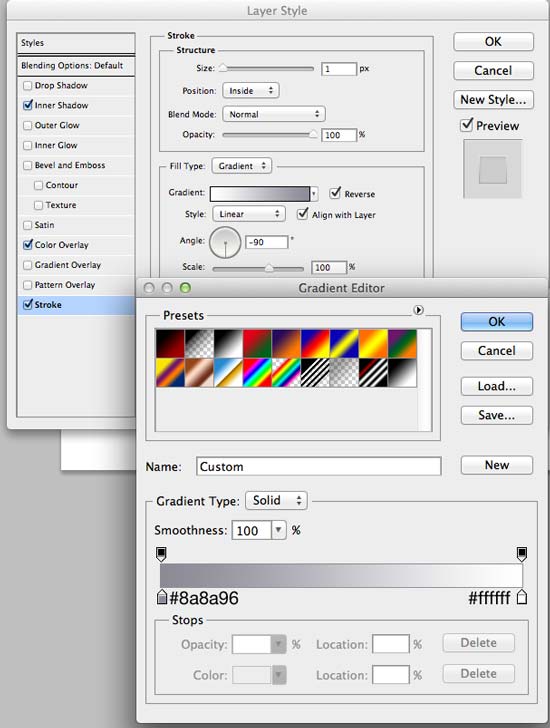 Let’s take a look at our knob now.

This is the final step in this tutorial, and it’s optional. In this step, we’ll add triangle mark/indicator to the left our knob.

Click on the Pen Tool (P), make sure that Shape layers is selected in the Options bar, and then draw a rectangle like on the image below. For the color, I used orange (#ed5700). 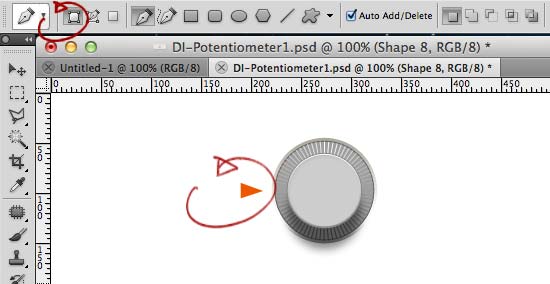 Many people would say that this is much easier to do in Adobe Illustrator.

I guess drawing the basic vector shapes would indeed be easier (Illustrator has a more robust set of vector drawing tools). But applying the effects would be a pain, if not impossible, to do in Illustrator. And, as this tutorial showed us, we can do it in Photoshop super quickly and easily.

We made a knob/dial user interface whose aesthetics was inspired by the Braun minimalist industrial designs.

Using only basic Photoshop tools like shape layers, layer styles, the Ellipse Tool and the Line Tool, we were able to create a semi-realistic-looking knob/dial user interface.

Previous post What to Ask Your Client Before Creating Their Design Brief Next post Rethinking Demographics: The 16 Personalities of Marketing
TO TOP