By Xander Becket  ~ 5 minutes to read
Xander is a Senior Internet Marketing Strategist at WebFX. You can find him riding his bike or longboard towards donuts.

This is a follow-up to a previous post on retail manipulation. My fiancé and I went on a shopping trip a few weeks ago. I got caffeine-addled and wrote down my thoughts on retail store mind control.

I wrote last week about my weird experience at the Gap. I’m convinced now that I was put into a highly-suggestible state and when I refused the suggestion my subconscious reacted negatively. Online, we have a bit more control in eCommerce environments – smells aren’t coming out of our screens just yet – and we simply click the little ‘x’ in the top right corner to escape.

Sensory manipulation at Gap is subtle. But Abercrombie smacks you in the face with it. Here’s how they mess with your senses to get you to buy more clothes. 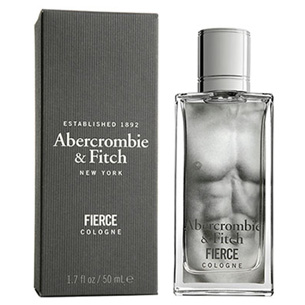 Everybody knows that Abercrombie store smell. The perfume inside Abercrombie is so strong you can smell it from 50 feet down the mall concourse. JD over at Get Rich Slowly wrote on smell in retail and linked to the New Scientist, explaining:

…Smell is thought to be the most closely linked to emotion because the brain’s olfactory bulb, which detects odours, fast-tracks signals to the limbic system, which links emotion to memories.

As anyone who’s caught a fleeting whiff of an ex’s perfume can attest: smell jogs emotional memory. When a retail store can get a “fast track” to their customers’ emotions they use it, and that’s what the Abercrombie smell in a store is intended to do. In this case, you’re reminded of other times you’ve smelled that smell and the emotions you were feeling.

With any luck you were inside an Abercrombie store and exposed to their feel-good visual stimulation. Or at least, that’s what Abercrombie layouts are trying to make you feel.

People More Attractive Than You 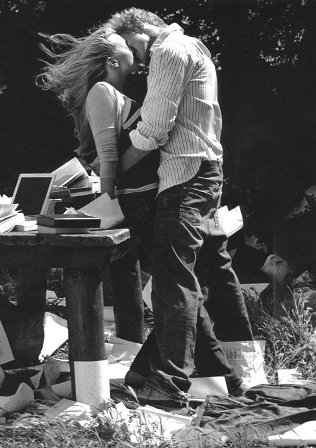 In every Abercrombie store gorgeous models hook up with each other on oversize posters. When you view images like this, your brain reacts just as if it were you in the picture. As Jonah Lehrer, author of How We Decide, puts it:

Mirror neurons allow the brain to automatically imitate the actions of somebody else.

When you look sexy pictures your brain acts as if you were actually in the image yourself. You’d be hard pressed to find a more positive emotion!

So now you’re feeling like your fooling around with models and being reminded of other times you’ve felt like that. What’s next?

The music in Abercrombie is deafening. You can barely hear what someone else is saying over the bum-bum-bum of some indie rock song. But what effect does this have on your brain?

This less-than credible source says that continuous, bumping, heartbeat-like music induces a suggestible mental state. I won’t vouch for that, but I do know that every store I’ve been in plays music continuously. And many songs have a thumping iambic beat.

Music like this plays at the Gap too. And one of my most powerful memories, for no apparent reason, is standing in a conference hall at a leadership seminar in 10th grade and feeling physically overcome when Sheryl Crow’s “Soak Up the Sun” came over the loudspeakers. I’d heard the song before and felt nothing, but my reaction at that time was overwhelming.

Abercrombie music has the same tempo and they blast it. I don’t believe it’s a coincidence.

The Walls are Closing In… 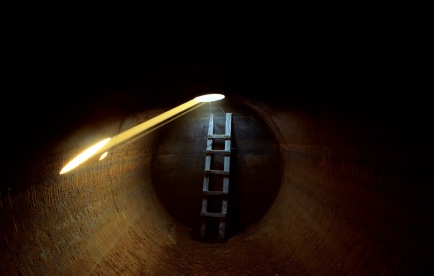 They lay out the store entrance like adjoining men’s and women’s bathrooms. When you look at the store from the outside straight on you see nothing but a wall, and to enter you need to pick a side.

Once you’re in the store you’re completely enclosed. It’s impossible to see, hear, or smell the outside world. The difference in ambiance is startling – you go from a bright, bubbly, fluorescent mall to a loud reeking cave.

The only light in the place shines on the clothes. The ceilings, walls, and shelves are all painted black. Spotlights illuminate the merchandise just like an actor on a black stage.

The store layout draws your attention to the product and there’s no escape route in sight. Now you can look at the clothes in peace!

You’re standing in a completely fabricated environment designed with one goal – to get you to buy clothes. When you walk in the door you’re assaulted by the perfume, bombarded by the blasting music, stared down by beautiful people and you can’t see the outside world. Retail chains use all available methods to increase sales, and one of the most effective is triggering reactions in your brain.