Edit PSDs in Your Web Browser with Photo Pea

By Trevin Shirey  ~ 2 minutes to read
Trevin is the Sr. Director of Business Development at WebFX. He has worked on over 450 marketing campaigns and has been building websites for over 20 years. His work has been featured by Search Engine Land, USA Today, Fast Company and Inc.

Photo Pea is in its very early stages (it’s still in version 0.3) but it’s already shaping up to be a good online image editor.

Photo Pea’s most notable feature is how good of a job it does in dealing with native Photoshop PSD files.

I tested a PSD that I created in Adobe Photoshop.

Photo Pea was able to detect layer names, group names, layer styles, and vector masks! It’s as if I opened the file in Photoshop: 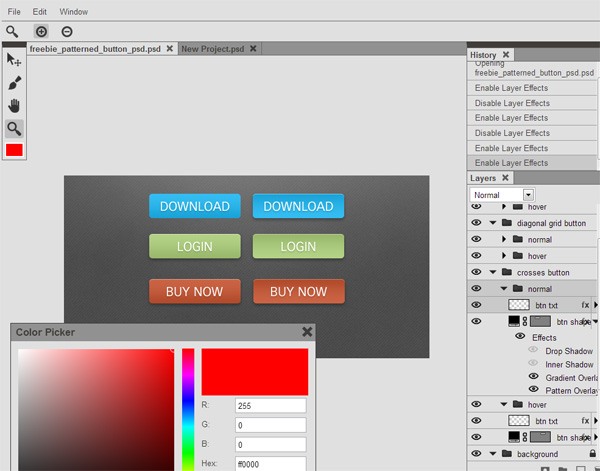 However, right now, you can only turn off the visibility of your layers/layer styles in your native PSDs. You won’t be able to adjust a layer effect’s settings.

For example, if a layer has a drop shadow layer effect, you can only remove it but you won’t be able to tweak the settings of the drop shadow.

At its current state Photo Pea is definitely not a substitute for Photoshop. In a pinch, you could use it to do simple edits on a native PSD, but you’re not going to find most of the tools and commands you see in Photoshop.

And maybe that’s asking too much from a free browser tool anyways.

Also, there are many other free online image editors out there, such as Pixlr, which has a more robust feature set for graphics creation. But to Photo Pea’s credit, Pixlr doesn’t do a good job with native Photoshop files.

Check out how Pixlr opens the same PSD: 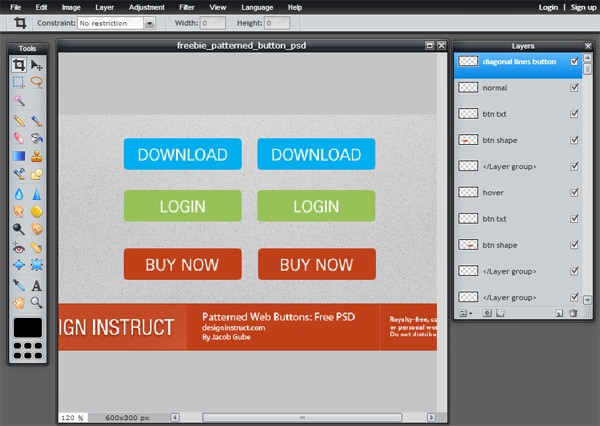 In Pixlr, the layer effects and the background are gone, and the layer names and groups are all wrong.

Photo Pea also has these features:

If Photo Pea’s next versions get layer-style-editing capabilities and more graphics-editing features — a Type tool would be nice, and perhaps loaded with open source fonts from a service like Google Font — it’ll definitely find a place in many designers’ tool belts.