How Wannabe Designers Burden the Profession

Thanks to Facebook, I get odd news and instant anxiety rather quickly. I’m sweating over my keyboard in an attempt to earn enough for my weekly meal and maybe one pill of my medication, when I notice on Facebook a status update that a graphic designer friend has “spent the afternoon riding a fabulous palomino horse, Milton Glaser”. I don’t mind so much except they try to talk to me at design events as if their opinion on the industry or my work and career counts more.

They are wonderful human beings except for the ones that are maniacal, self-delusional freaks, but I’m thankful for one thing: I’m not their spouse, hard at work in a full-time job, seeing a status update on Facebook that says, “Went to the pool today and had too many Margaritas while pondering my next design. Maybe I’ll do a best-selling children’s book!”

What Earns the Title of “Designer”?

Discussions seem to always point to how busy a designer is — or rather, in a cruelty filled cat-scratch with a ring of truth — how not busy they are and why. Everyone is a designer these days.

Many blame it on the personal home computer. With Microsoft Word, anyone who can create a garage sale flier or announcement for a child’s birthday party is a “designer.” Some argue they are just not a “professional” designer. What is the distinction and what does it really matter?

In my mind, there are many factors. You are probably a designer if:

You probably are just playing at being a designer if:

Why the Distinction Matters

Almost daily, we deal with “design-by-committee” from those who feel we are too stupid to be able to do our jobs properly or they, by some thought process, are better due to the corporate pecking order. 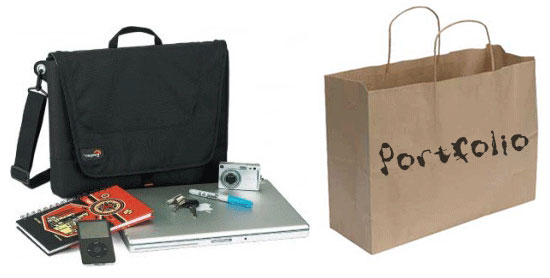 Having other “designers” helping knock down our profession in the eyes of clients certainly doesn’t help. Have you ever heard a client offer a low fee and say, “our last designer did it for $50!” The next question should be, “Then why don’t you call him/her to do this project?” The answer would be he/she wasn’t any good.

Have you ever spoken with a client who wanted some spec work first to make sure you could do the work? That’s because the last “designer” screwed up. This is the fallout suffered by working professionals.

At the last Phoenix Design Week, a key speaker, Brian Singer, creative director and founder of Altitude Associates, a San Francisco based creative agency and the creator of The 1000 Journals Project (a global art experiment where journals are passed from hand to hand) made a statement about a design community and the ability to elevate it to epic proportions. “The way you get ahead in design is by lifting up those around you,” Singer said. Sound advice!

It also works the other way around; those around you lower design for you. There are several professions that have such dilettantes attached. Actors, writers, even dancers, suffer from those who have no talent but push their way into the inner circles of those who do.

Would American Idol be as entertaining if it didn’t start with the lame people who think they have singing talent? While on the board of a top-level professional organization that had two membership levels — professionals, proven with portfolios and the signature of six members and associates who were involved in the arts in some supportive way — there was a question of unjuried shows. It seems some associate members wanted to show their work as well.

While almost all professional members flat out refused the idea of sullying the organization’s reputation, one board member imparted that they should be allowed to join in because the entire membership “might miss seeing some beautiful art.” Needless to say, there was no beautiful art to miss, except for future shows boycotted by professional members. What was left in the shows hurt the organization’s reputation. See how it works?

Too often, sitting in a client’s “approval committee,” I see an art director beaten into submission by the “designers” in the crowd. When all the opinions are rendered, I turn to the art director and say, “you’re the art director, why don’t you condense all of these comments into the direction you want?” I am always thanked for trying to bring them back some dignity. The fact is, they didn’t need to lose it.

There has to be enough confrontation to keep our future profitable. If it means scaring away the “wannabes” or correcting non-creatives who relegate designers to the bottom of the food chain, so be it. If we don’t speak up, soon there will be nothing to say and we become nothing more than a pair of hands, moving things around the screen, smudged with greasy fingers as they point where the logo should be and what type of glitter type they want across the top.

Eventually, a designer will speak up when they are confronted with a failed campaign or branding and they can say, “that’s what you told me to do in committee!” Find the guts to protect your profession. Even baby steps can help make work more pleasant. We have to police ourselves in such matters.

There is no union or organization to assure professionalism or those who wish to label themselves as “designers.” You can either speak up and teach and elevate these people to a professional level or shame them into leaving and hope they will find something new to occupy their playtime. Mentor art students so they join us in the profession as peers and not as detriments to the industry. Train young designers on your staff how to grow and succeed in the field.

Open your mouth and tell those who sit on committees that their ideas, if they have no merit, are not in the best interest of the end user/consumer or final product. Take back the dignity of having the special gift of being able to use creativity to solve visual problems. Some handy responses:

When it comes to individuals who want to play with the professionals, shun them until they go away and find another group who will let them play. Eventually, his/her spouse will tire of paying for software upgrades and magazine subscriptions. A gentle way to convince creative dilettantes to stop ruining the industry:

There is the dream and then there is the reality. In the dream, someone else is paying your bills no matter how much work you do or don’t do. In reality, you get hungry and homeless from not working and earning enough.

Think about that when the make-believe designers tell you how to make your designs better.