As a web designer or web developer, you’ve probably heard of Git before, a version control system that has had a swift ascension to ubiquity due in part to GitHub, a social code repository site. If you’d like to learn how to use Git, check out my top 10 favorite Git tutorials for beginners.   Git can be used for any type of industry from restaurants to colleges, so it is an important part of web design.

At the end, you’ll also see a list of other educational Git resources.  Most Gits are free so they will be in your clients design budget! 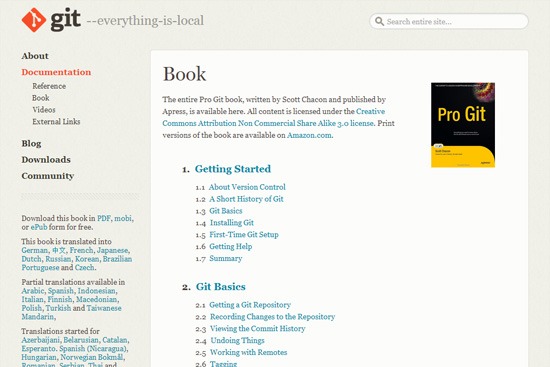 Pro Git is a free online book by Scott Chacon, a developer working on GitHub. The book’s excellent structure and range of topics allow you to skip to the chapters that are pertinent to your level of Git knowledge. Whether you’re a complete beginner or a seasoned pro, there’s something in this book for you. 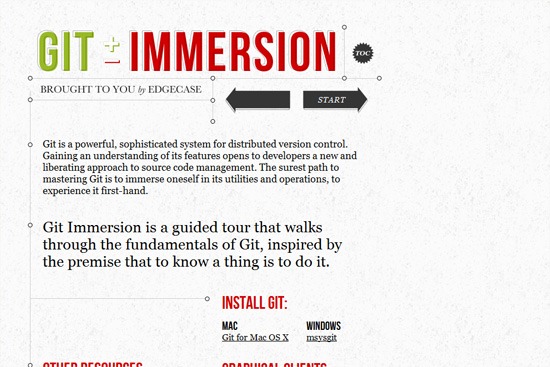 This Git tutorial walks you through Git basics using a step-by-step, hands-on approach. It’s a great tutorial for those who prefer to get into Git right away. 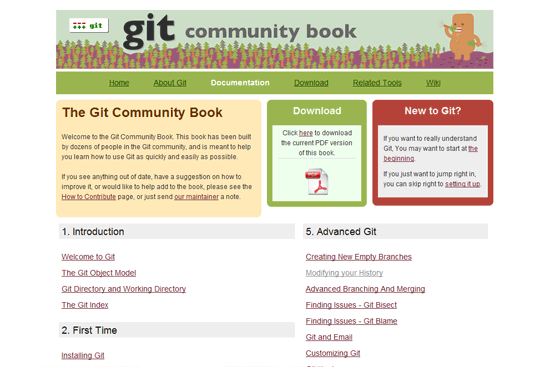 This Git resource hosted on the official Git project site is a free web-based book written by the Git community. It’s divided into 7 parts that include an introduction to Git, basic usage, working with Git, etc.

4. Git From the Bottom Up 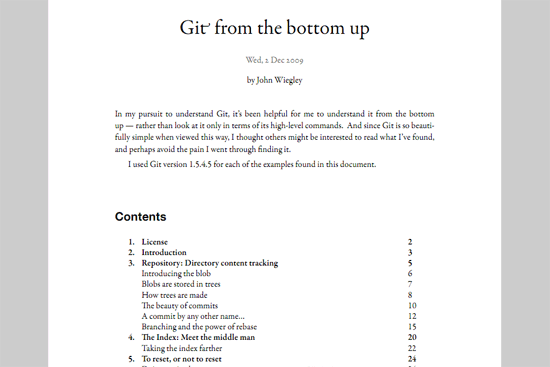 This Git tutorial in PDF format familiarizes the reader with Git through a conceptual approach. You’ll gain the most benefit from this tutorial by reading it in a linear fashion. 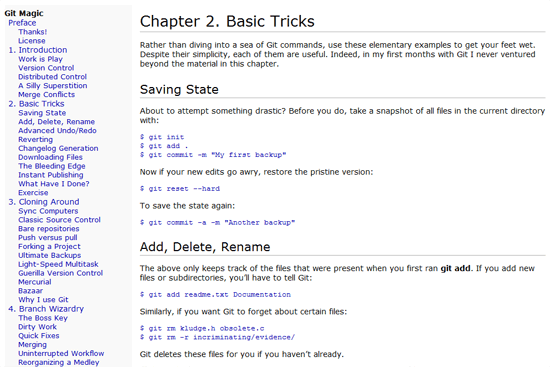 This online book on Git is well written with wonderful analogies to help beginners understand the concepts behind Git. It’s also available in several spoken languages like Chinese and French, as well as in various formats (PDF, as a printed book, etc.) 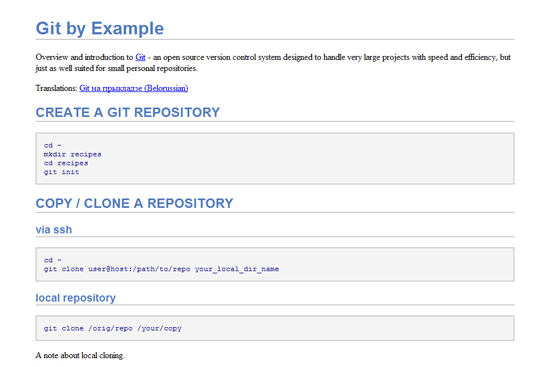 Editor’s note: This tutorial no longer exists and the link has been removed. This Git tutorial for beginners assumes you already have Git installed and are ready to go. This is a great tutorial to go through if you just want to get a quick overview of how Git works functionally. 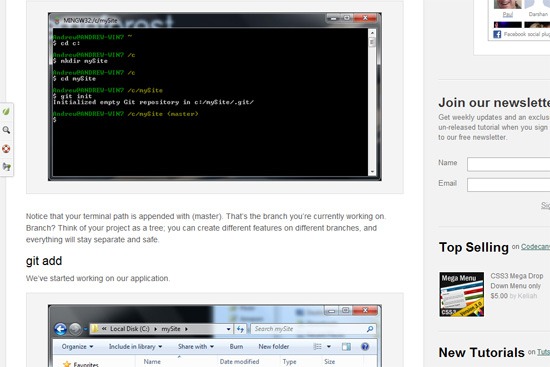 This excellent Git tutorial on Nettuts+ gives you enough information to get started. What’s great about this tutorial is that it also has a section on using GitHub. 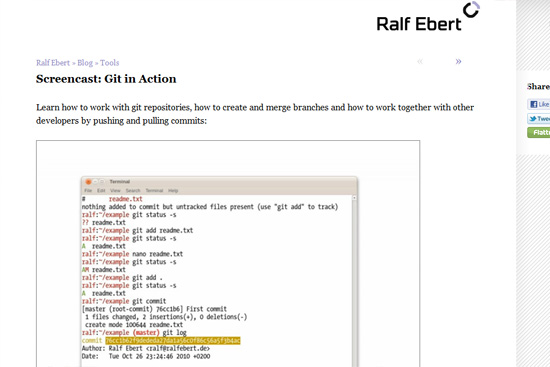 This screencast will show you how Git works by example; it’s only a little less than 18 minutes long, so it’s definitely worth a watch since web design is so important.

9. Intro to Git for Web Designers 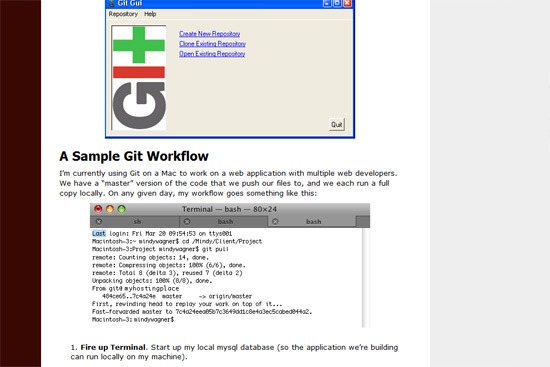 This Git tutorial on Webdesigner Depot is geared towards web designers. As such, it outlines the benefits of version control in the context of creating websites and assumes the reader prefers a GUI for working with Git instead of the traditional command-line interface. 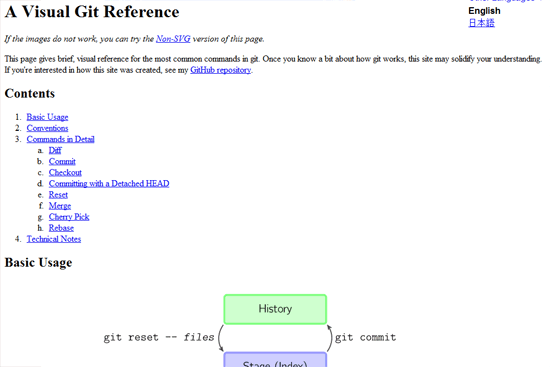 This Git resource is great for visual learners. It illustrates common Git commands so that you can understand what’s happening conceptually.

There isn’t any shortage of great tutorials and online resources for getting started with Git.

Below is a list of other Git resources for beginners. If you know of a good Git tutorial that isn’t listed here, please share it with us in the comments below.

Post updated [February 21, 2014]: One of our readers emailed me saying that the “Pro Git” book (#1 in this list) has moved. He provided an updated link.

We have updated the link and the screenshot.