5 Tips on Getting Organized (From Someone Who Hates Organizing) 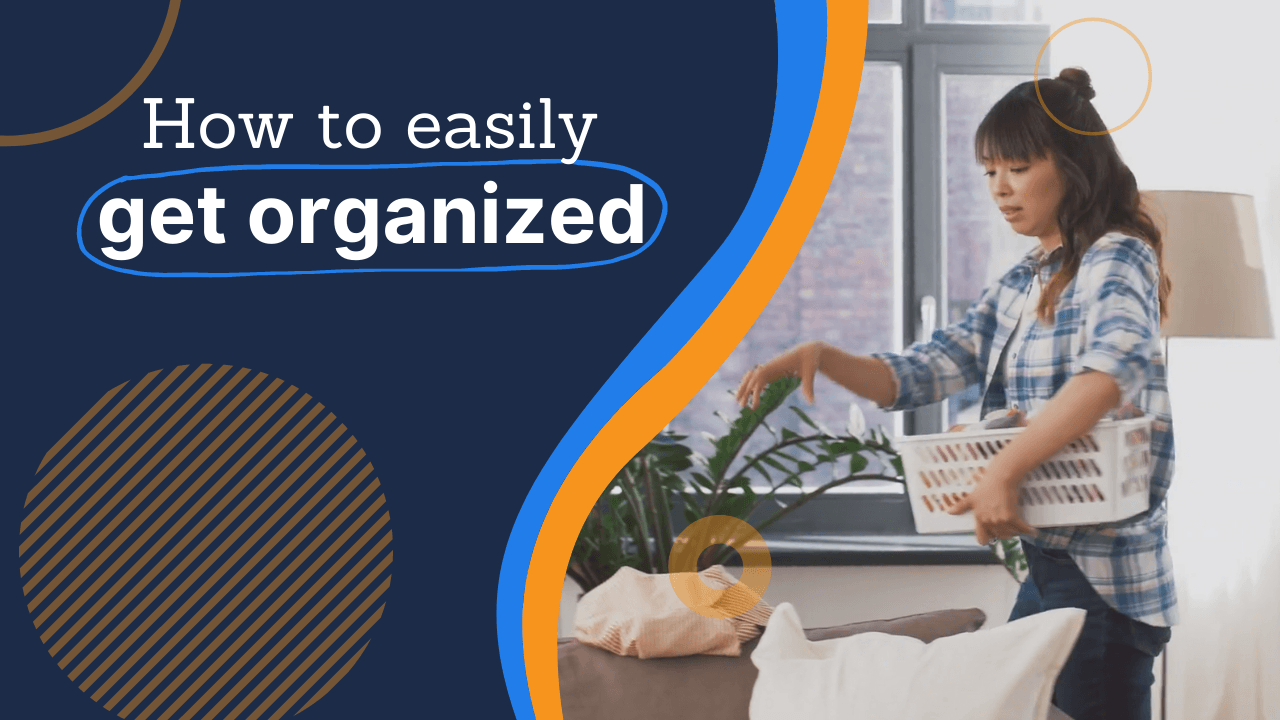 Being someone who hates organizing, I’ve come to the conclusion that some organization is valuable, as long as it doesn’t become a task on its own — and as long as getting organized isn’t actually something that will get in the way of the more important parts of your day. Think about it this way: If you spend a good chunk of your day (an hour or so) just so everything is right, then that’s one hour spent on not producing actual work, and instead becomes a crutch that you use to delay the actual work you have to do. I’m never going to be the type who will get obsessive over not having matching pen sets or having my mouse pad be 3o off-center.

However, I’ve been shown the virtues of organizing my life in order to produce better work and free up my mind for more creative endeavors. I’ve found that knowing where everything is, how everything works and how everything fits together in my life frees up room in my mind, my day, and improves my general well-being. Coming from someone who’s always been a bit anti-organizing, here are a few tips I’ve learned to ease you into the “habit” of getting (and staying) organized.

I think a lot of people make the mistake of tackling their organizational issues by making the task of getting organized bigger than it actually has to be. Instead, think small. Make small adjustments.

You’ll find that those small organizational habits you pick up add up to something quite substantial in the long run. If you approach your organizational problems with the intention of creating a perfectly organized system for your life, you’ll eventually fail because you’ve built up the ideal of being the most perfectly organized person. And if you haven’t been that person before, what makes you think this time will be any different?

Instead, focus on making small improvements to how you organize. For instance, I used to always lose my pencils and other expensive writing instruments. I would put them in my pockets, rest them on my ear, put them on my desk where they would roll off and be forever lost in the plane of existence between the real world and what some people call, “The Matrix.” Until one day, I just decided to put the pencil I was using in one of the drawers of my desk.

It used to be a drawer where I would throw loose items into just so I didn’t have to think about them — I decided to throw my pencils in there. After a while, I realized that I’ve just semi-accidentally created a drawer where I keep all my writing instruments. The key is to make it so you don’t even notice the changes that you’re making in the way you work.

Reduce any possible resistance to keeping organized. Pretty soon, you’ll find that you’ve just come up with these little systems for getting your stuff organized.

2. Stick to it As Long As it Works

If you find something that works, acknowledge it and stick with it. Sure, maybe your sketchpads are kept in an obscure corner of your office where it doesn’t necessarily make sense to keep them there. Maybe you’ve realized that keeping your design books in a stack behind some old magazines makes them easier to reach.

3. When in Doubt, Throw it Out

Another boon to getting organized is all the clutter we accumulate in our daily lives. Sometimes, you’ll notice that your desk or your workspace has just accumulated a huge pile of what ultimately amounts to trash. You’ll have small trinkets collected from your daily routine — buttons, movie ticket stubs or Happy Meal toys that you decided to hold onto because it made you feel young again.

Or you’ll accumulate emails in your inbox that you have “every intention” of reading, but haven’t yet because they don’t seem important at that very moment. If you think about it, this is all really just trash. And trash, my friends, weighs you down.

Ask yourself how these things help you work. Do they deserve a place in your life? If you can’t make a decision about it in less than 10 seconds, throw that stuff out or — if you’re like me and have mild hoarding tendencies — at least find a more appropriate place for it where it won’t get in the way of your work.

4. Organization Should be Automatic

If you have to think about how to organize, it’s probably not helping. One of the biggest reasons I never really understood the anal-retentiveness displayed by some people with regards to how they organize was the amount of effort they seemed to put into getting everything “just so.” My thinking was that if I had to actively take time out of my day just so everything is in its place, then I’ve already lost time away from what I really need to do. Organizing should be painless. It should require minimal thought and effort because, otherwise, it’s not really effective organizing.

It’s just another task for you to do. Sure, some people might find it therapeutic or soothing. But overall, organizing should fit around how you work, how you think and how you live, not the other way around.

In an office environment or amongst a group of people in a shared space, this means that the way things are organized should fit within the culture that’s been cultivated by everyone involved.

5. Organize in Your Own Way

So, then, why would you organize your workspace according to someone else’s organizational paradigm? Examine how you’ve arranged the way work and live. Ask yourself what works for you now and what does not work at the moment.

Focus on the latter.

At the end of it all, what you really need to ask yourself is this: What aids in my creativity and what hinders it? I think you’ll find the answer to be quite revealing in how you arrange your life and your work.