6 Predictions for the Future of the Internet

Last September the Internet turned 40. I think it’s safe to say that no technology has evolved so much in so little time. Even in the past fifteen years or so, it has completely reinvented itself; arguably several times. Now we not only shop, bank, work and meet people online; but we share what we are doing at any given moment (e.g.

So what’s next? Technology is always evolving – and none quite as fast as the Internet. Here are some predictions for what may be yet to come!

OK Internet, let’s call a truce for a minute or two. As anyone who has spent time on a site’s comment section knows, the Internet can be a cruel place. Articles with the word “Prediction” in the title can invite some pretty terrible and/or amusing flame wars, but I want this article to be just friendly enough that you, the reader, are feeling comfortable enough to jump in with some predictions of your own!

There are no wrong answers in a brainstorm. 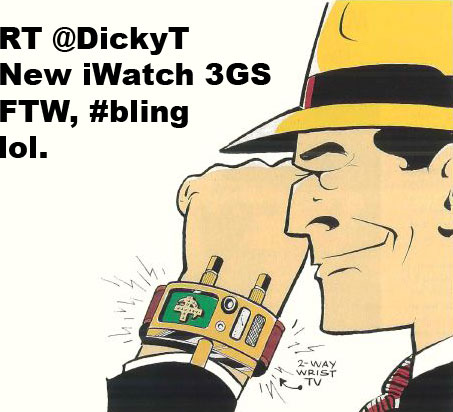 Dick Tracey was ahead of the curve Building the web with standards and accessibility in mind brings the Internet to as wide an audience as possible. With the importance of accessibility getting the recognition it deserves lately, I think screen readers will soon take a front seat as a common means for surfing a site for a much broader audience. I’m calling it: people on the train with headphones attached to their mobile device while Text-to-Speech reads them the latest articles from their favorite sites.

HTML5 is a step in an awesome direction with regards to easy reference points; header, footer, nav, section, and article could be logical jump-to points by audible instruction. Rather than reading and clicking, the audience can tell the browser where they want to go with spoken commands. From an input standpoint, speech recognition has come a long way in the last decade.

Bell Canada has been playing with the audio-attendant “Emily” since 2003. When you call, Emily will give a familiar greeting and ask how she can be of assistance. By simply telling her what you want – it can range from simple commands like “Billing” to more complicated sentences like “I want to talk about my Long Distance package” – she will direct your call accordingly. It’s not perfect: about a quarter of the time, she’ll reply that she didn’t understand my request.

While it can still be awkward, it works. Six years after first encountering this on the phone, I can actually say I prefer telling “her” what I want to the old “Press 1 for…” menu. It’s not an Internet application; but it shows that audio navigation works well, and can be efficient.

When it comes to output, Text-to-Speech is getting better all the time, a vast improvement over the last decade or so: Speakonia 1997 vs. the more modern Kindle and OSX. It has gone from lifeless and robotic to something a lot more palatable in the last few years, and seems to continue to improve. 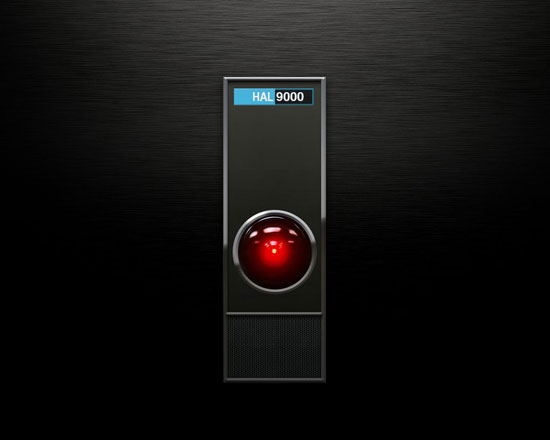 Hal 9000 Audio surfing could be perfect for the aforementioned commuters, children learning to read, step-by-step tutorials as well as the casual multitasking user.

While it won’t be everyone’s cup of tea, any traffic to a site by an audience who cares is welcome. For web developers, there may be new accessibility opportunities especially for multi-lingual sites. Who knows, this might be another nail in the Flash coffin.

If you think audio surfing could hit the mainstream say “amazing” now – and don’t forget to add my site to your playlist.

2. Web surf on any device

It seems the tech industry is eager to integrate the Internet into every device these days. It’s the equivalent to adding a digital clock to a coffee maker. Why not?

Adding a touch-screen to your fridge and other appliances might create new opportunities and challenges for interfacing. 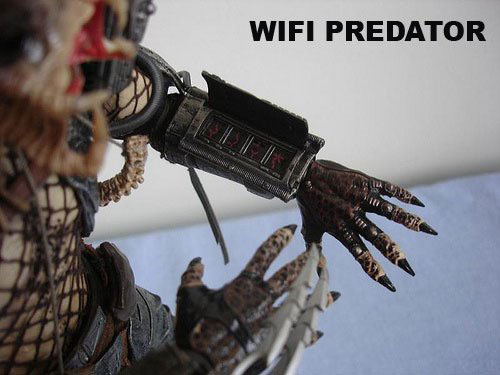 Wifi Predator Content is king – no matter what. As seemingly redundant or over the top it might seem to have a screen built into the kitchen counter – if it doubles as a cutting board, all the better. 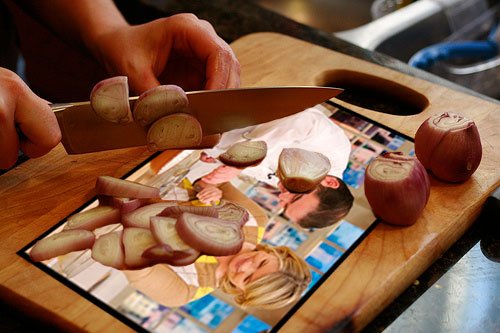 Dishwasher Safe More widespread Internet delivery will mean reaching a wider audience – like the elusive “Mom” demographic. An issue keeping some users away is that the Internet can be a vast and scary place. These everyday devices married with technology don’t have to serve all of the web’s content though.

They are niche items, and as such, they can deliver relevant niche content. The cutting board doesn’t need to be able to easily reach unrelated sites like LOLCats or Ebay, if it had a cooking oriented home screen complete with grocery list, meal suggestions, links and unit conversions, it would be less daunting and far more appealing to the target demographic of the product – even to those who don’t consider themselves to be Internet savvy. The major weakness to the increase of connected devices comes in the same flavor as the raging Net Neutrality issues being discussed today.

If the Internet is tied into content devices like televisions, broadcasting companies might start pulling more of their annoying control-freak shenanigans in an attempt to capture a greater audience. This will be temporary; the battle of old-media vs. the Internet has only one ending (hint: the loser starts with the letter “o” followed by the letters “ld-media”). I hope that with the advent of new devices comes an easier way for developers to “browser sniff” their traffic and serve up the appropriate content. If device manufacturers adhere to accessibility standards, the results could be amazing.

The recent boom in smartphone devices has shown us that tiny screens and suddenly awkward digits can sometimes make for a cumbersome user experience. Our traditional concepts of input applied to the next generation could be confounded more as the devices and environments change. At 6′ 4″, I don’t relish the idea of hunching over a wall-mounted screen that has my 5′ 2″ coworker in mind. 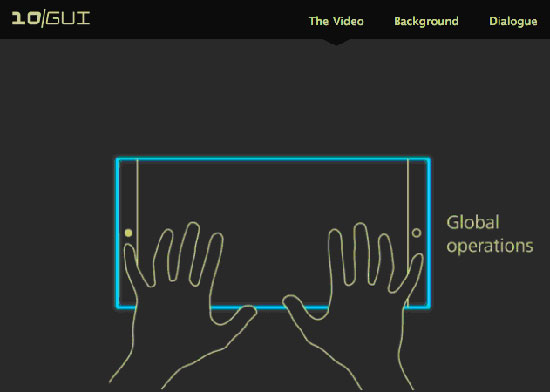 10/GUI Recently, Clayton Miller shared his concept for multi-touch computing, the 10/GUI (here’s a video). This video bears watching, drooling over, and retweeting with the word “Want”. 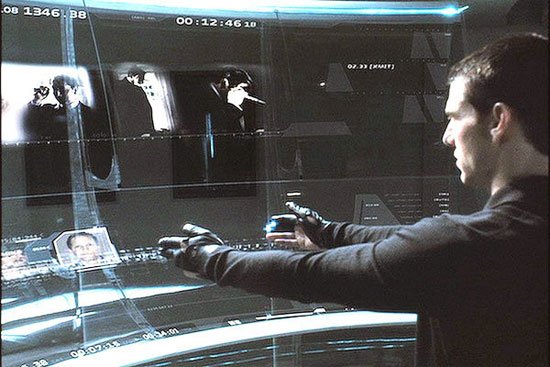 From the movie, Minority Report He quickly illustrates the point that a mouse, as ubiquitous as it is, weakly offers only two sets of coordinates, while the users are capable of so much more. Touch screen technology is only scratching the surface on intuitive approaches to interfacing. There is lots of room for growth here.

Simple Gesture implementation on the trackpad in OSX is so good that using gestureless laptops becomes unthinkable. The new Magic Mouse may be just the beginning. I think we’re all ready to compute better, but this could easily be a disaster.

If the new input technology is universal like the mouse was, everyone wins. I think it’s more likely that many hardware manufacturers will try to invent their own GUIs. This would mean many learning curves, and would be generally painful to deal with.

Bluetooth is known for allowing wireless communication, like with hands-free systems in cars, and the some of the latest mice and keyboards (like the aforementioned Magic Mouse). It also may be the future for mobile networking and P2P interactions. Check out this Android 2.0 “Pong” demonstration: Does that blow your mind?

Imagine interacting on a website with a friend, or with the advertisement at the bus shelter. The possibilities become staggering. 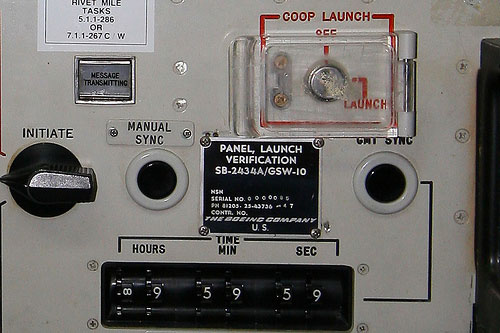 For years, the Internet has been about serving the singular user.

With the growing need and importance of online community, multiple-user experiences seem like the next logical step.

5. The end of .com domination

For as long as the Internet has been around, .com has been the assumed default extension for websites (regardless of whether or not the site was “commercial” or not). For a while, there was almost a negative stigma to not having the .com for your brand, company or personal site. How many times has traffic meant for your site ended up at the .com equivalent?

With all common words and combinations taken (even just parked on), people turn to other extensions, invent words, or turn to crazy spelling. In the very near future new extensions will be popping more often. Not only that, but I think trending may follow in that vein.

I also predict that Domain Service giants like GoDaddy will start selling “Extension Subscriptions” where you can guarantee yourself the various extensions for your domain name. More extensions have some definite advantages, and some drawbacks. On the plus side, when adding a link to some print materials, maybe we’ll be able to drop the “www”, which is often used now as a cue that “this is in fact a URL”. One silly drawback could be the increase in convoluted sub-domain cleverness like “del.icio.us”. I would also like to raise the question, how long will we need these addresses? Remembering and using URLs to point at sites works well, but doesn’t seem the most efficient way to bring site users to websites. One day, search engines, RSS readers, communities and networks may reduce direct traffic to a trickle, making the .com even less important.

I’ll admit this seems like the most unlikely out of all the other predictions. Maybe it won’t happen in our lifetime, but it is somehow feasible that it could happen.

Here’s how it could go down: in the distant future, some impending disaster will cause mankind to have to abandon Earth and head for a planet light years away.

The question of who and what can go to the new planet will of course be a major issue, and sadly IE6 won’t make it off of the doomed Earth. The escaping web designers and developers will enjoy a short-lived period of joy as there will always be some misfit version of Internet Explorer to support. 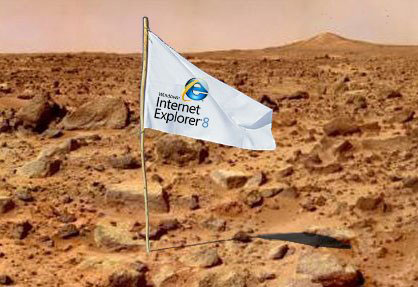 Today the Internet is about consuming and creating information.

How do you think we will use it in the years to come? Make your predictions known in the comments.