If you’ve used Twitter this week, you’ve likely seen dozens of tweets about the platform’s switch from their 140-character limit to 280. And as with virtually every change Twitter has made since 2006, users have been mostly resistant. When Twitter first announced this change in September, they explained that it was intended to help users more easily express themselves. 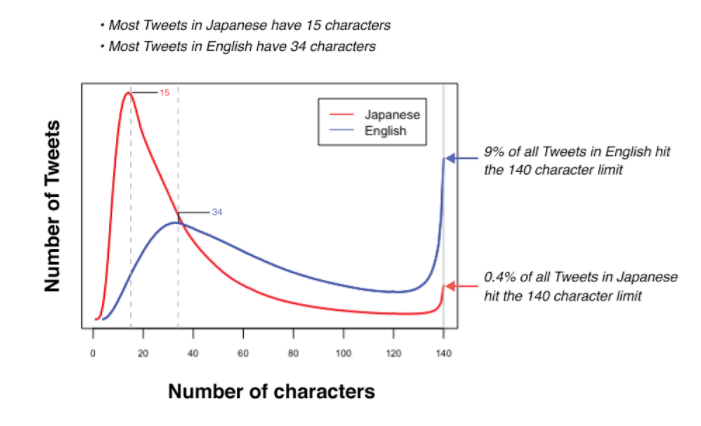 After testing with a small group of users, the extended character limit is now available to everyone. And while many users are primarily using their doubled space to voice their complaints about it (in twice as many characters as before!), marketers are scrambling to figure out how to adjust their strategies accordingly.

That’s why in this post, I’ll go over five ways the 280-character limit could impact your marketing on the platform.

The most obvious advantage of this change is that it presents all users, including brands and businesses, with the opportunity to convey more information in each tweet.

For most marketers, the biggest difference will be less time spent creatively eliminating any words that aren’t absolutely necessary and editing messages down to their simplest form. But beyond that, it also means you have more space to attract users’ attention as they scroll, and the opportunity to express a full thought or call to action without directing your followers to your website.

We’ve finally arrived in St. Louis—and our grand opening is this weekend!

We asked St. Louis-based artist @WmLaChance to produce custom artwork for our new space, and we think you’ll love it as much as we do. Stop by this Saturday and have a look!

Of course, in many cases, it will still be advantageous to direct users to your website to visit a landing page and take some sort of action. But even so, with the expanded character limit, you have the opportunity to include multiple links in each tweet.

So if you run ad campaigns on the platform, you now have twice the space to convey your message to your audience. Plus, you won’t have to worry about eliminating important information to squeeze in #ad tags and other necessary disclaimers.

With the former character limit, tweet “threads” – typically denoted by (X/X) at the end of each tweet – were common practice on the platform.

And while users who publish lengthy threads will likely continue to do this, the 280-character limit may reduce the frequency of 2- or 3-tweet threads. Aside from providing a better user experience for your followers, containing all the information you want to share in a single tweet makes it easier for them to retweet to their own followers. So if you often find yourself sharing tweets with “(1/2),” this shift could result in more engagement on the platform.

One of the most common ways brands use Twitter today is to respond to mentions from their customers. In fact, many companies have dedicated customer service accounts and staff that solely focus on addressing complaints and issues voiced on the platform.

Unfortunately, 140 characters didn’t give much space to express concern, offer an apology, and provide a solution – so in many cases, the responses from these accounts were something along the lines of “We’re so sorry to hear this. Please follow us so we can DM you.”

This practice allows companies to privately message the users who voice their complaints, and – ideally – provide a solution that remedies their problem.

But when other users see these tweets, they don’t get to see this part of the interaction. They only see the complaint that the user tweeted in the first place, and the brand’s brief, likely bland, response.

With the expanded character limit, brands can now more effectively address their customers’ concerns and provide solutions – and do so publicly, so that their other followers can witness their dedication to customer service firsthand.

Although it’s too early to say whether Twitter users will despise this change forever or ultimately accept it, many have expressed the belief that the 140-character limit’s necessity for brevity and wit was what made the platform unique. As a user, it’s opened up the opportunity for clever tweets disparaging the change.

But as a marketer, it means you need to be smart about how you approach it. If users dislike your 280-character tweets solely because of their length, they be inclined to unfollow you, or simply less likely to engage.

Consider incorporating a few longer tweets into your normal mix initially, and see how your followers react – and if it’s negatively, be prepared to stick to 140 characters for a little longer.