A slew of posts about CSS development at websites like GitHub, Groupon, and CodePen came out recently. They’re interesting to read, and will provide you with many tips and ideas for creating your own CSS development guidelines. Here are links to seven blog posts that give an overview of the tools, philosophies, and techniques being used to develop CSS at large-scale sites and apps. 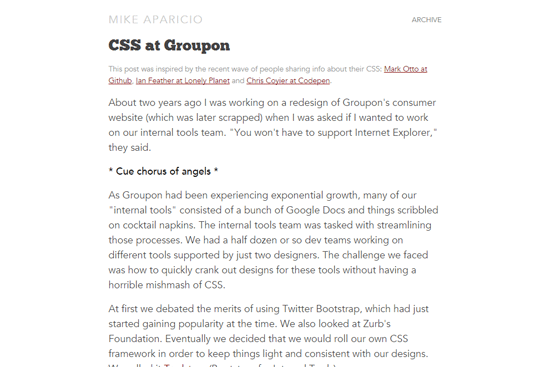 Mike Aparicio, UI engineer at Groupon, recalls how the popular daily-deals site created their own CSS framework called Toolstrap, after debating whether or not they should use Bootstrap. They use SMACSS as a development philosophy. 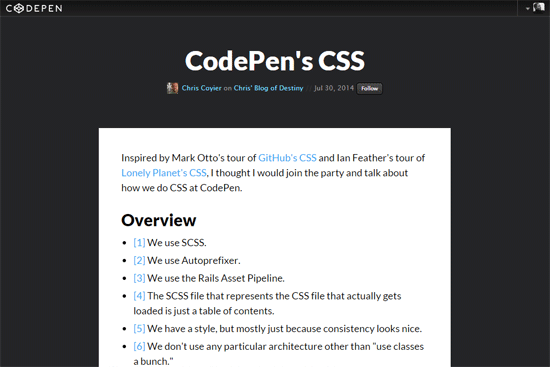 This blog post by Chris Coyier outlines the CSS at CodePen. CodePen uses SCSS as its preprocessor and Autoprefixer to deal with vendor-prefixing of CSS properties. 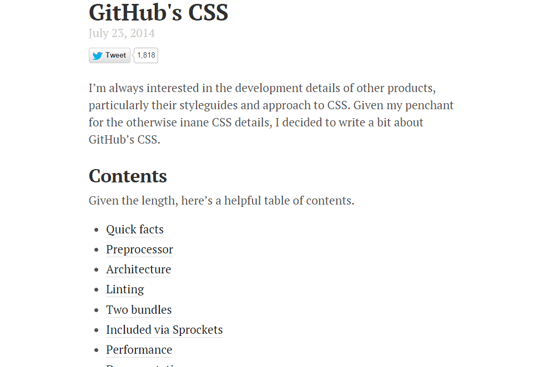 According to Mark Otto, co-creator of Bootstrap and designer at GitHub, the code-hosting site uses SCSS as its preprocessor. The site has over 100 individual source stylesheets that then gets compiled down to only two stylesheets for production. 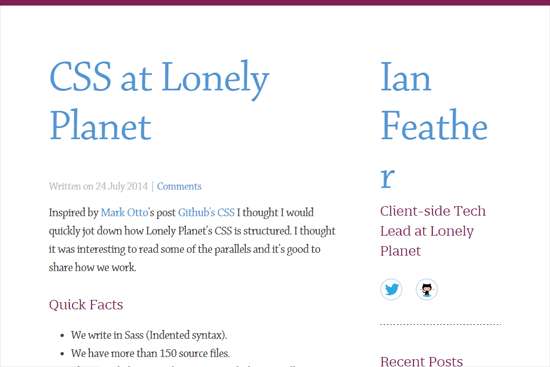 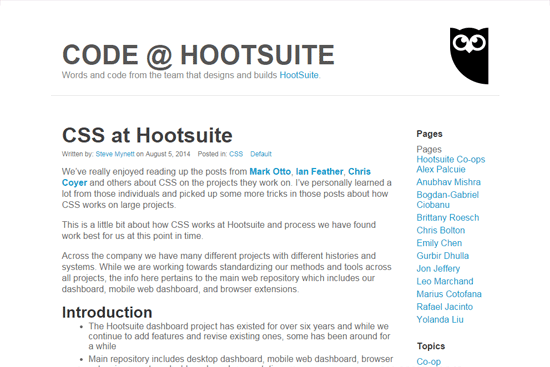 Hootsuite, a social-media-management app, has over 40 engineers, and four of them are dedicated to HTML and CSS. The app’s preprocessor is LESS, follows a CSS philosophy inspired by BEM and SUIT CSS, according to Steve Mynett, designer and developer at Hootsuite. 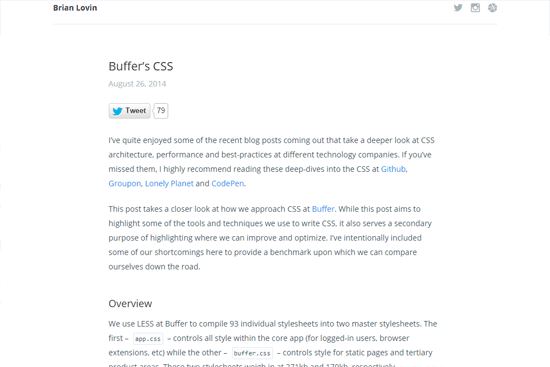 Brian Lovin, Product Manager at Buffer, wrote about their app’s CSS where he mentions they use idiomatic CSS as a style guide. The site’s core stylesheet has 3,094 selectors and (heftily) weighs in at 271kb. They use LESS as the preprocessor of choice. 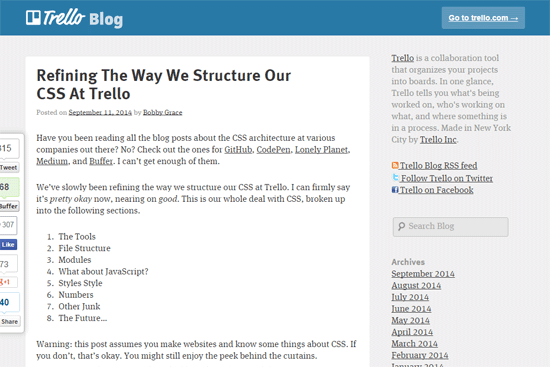 This blog post by Bobby Grace, designer at Trello, a web-based project management application, talks about the app’s CSS. The post outlines the stylesheet file structure, the tools they use (like CSS Shrink to reduce their stylesheets’ file sizes) their CSS-coding style, and more.

Previous post Mobile Website vs Mobile App: Do You Really Need an App? Next post How to Market an Event: 75 Ideas to Promote an Event
TO TOP