colors, layout grid dimensions, etc.) of a site. The goal of having a style guide is to maintain consistency across a product. If you’re in the process of creating a CSS style guide, or if you want to learn about the CSS practices that large-scale websites use, check out the following list of style guides. 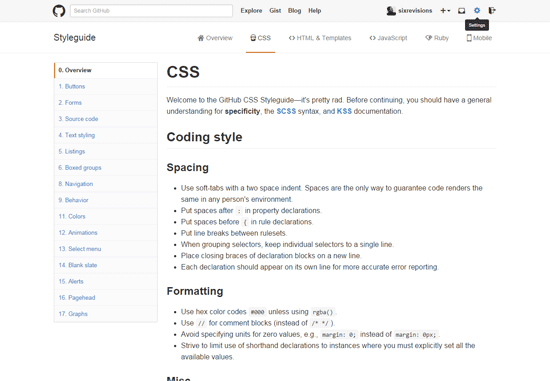 GitHub’s CSS style guide covers everything from code-indentation style and when to use line breaks all the way to the company’s brand colors. 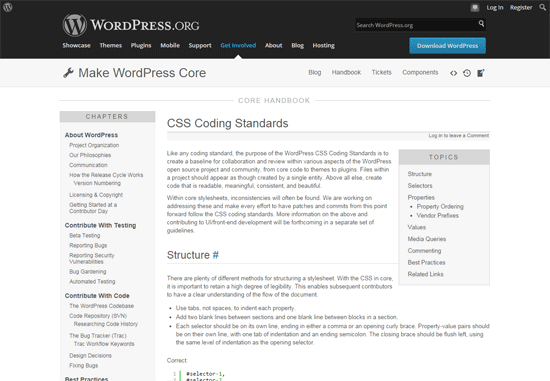 WordPress’s CSS coding standards outlines things such as how to organize CSS properties, how to group media queries, its CSS best practices, and more. 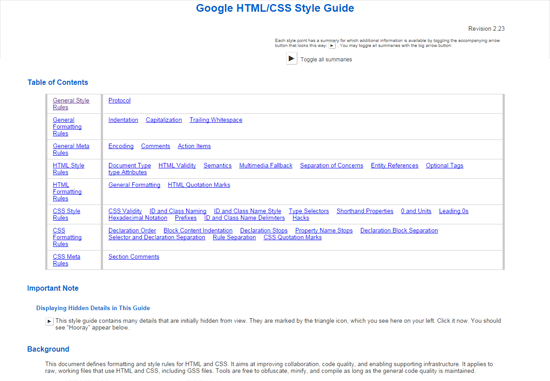 Google’s HTML and CSS style guide is comprehensive but written in a succinct manner, which makes it easy to use as a reference. 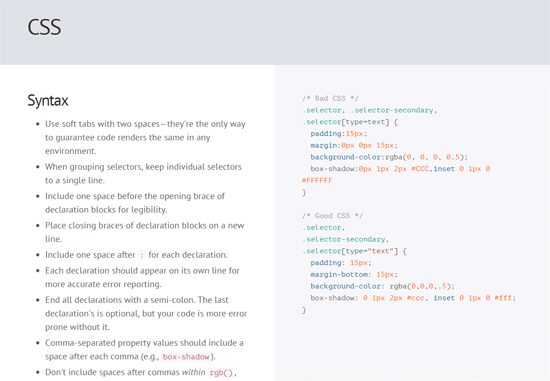 The CSS style guide of Bootstrap follows Code Guide by @mdo, which is a set of HTML and CSS guidelines developed by Mark Otto, Bootstrap’s co-creator. 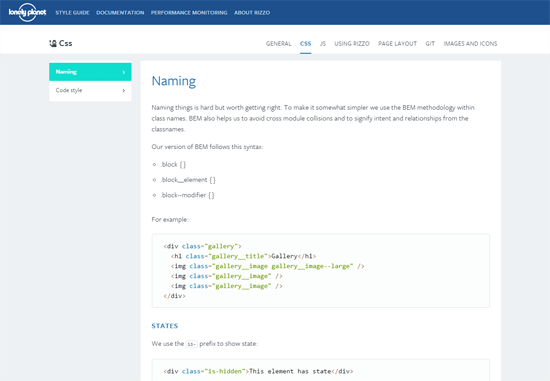 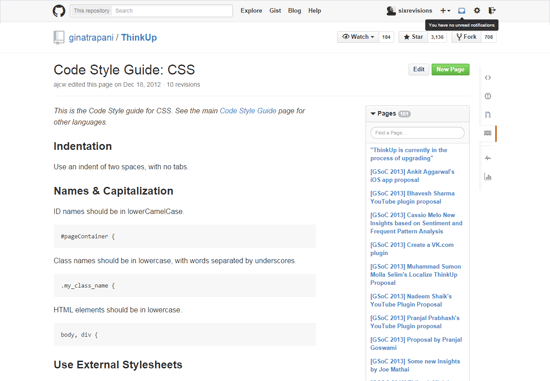 ThinkUp, a social media analytics app, has a CSS coding style guide which they have published on GitHub. The guide outlines the company’s basic CSS conventions, such as indentation style, class- and id-naming style, and more. 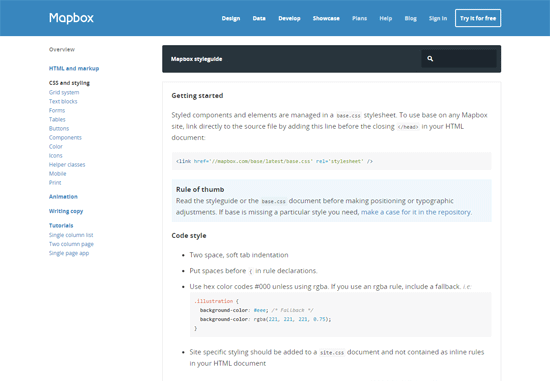 Mapbox, a web-based tool for creating interactive maps, has a public style guide that documents the app’s CSS. The style guide documents coding style, how the grid system works, the website’s color property values, and so forth.

If you’re interested in developing a CSS style guide, the following resources will point you in the right direction.