Want to make more money online? Speed up your website. According to research by Akamai, users expect websites to load in 3 seconds or less.

However, the top 500 ecommerce websites in the world have a median load time of approximately 10 seconds, well over the expectation of shoppers. This can cause frustration, abandoned carts, and — as our infographic will show you — a lot of lost revenue. By improving the speed of your website, you can dramatically improve your conversion rate.

In fact, on average, just one second shaved off your load time can boost conversions by 7%! Keep reading to learn why faster websites make more money, how to make web pages load faster, and some surprising statistics about just how much revenue you might stand to gain by speeding things up.

Are you surprised? We were, too!

Who would have thought that page speed played such a big role in website revenue? 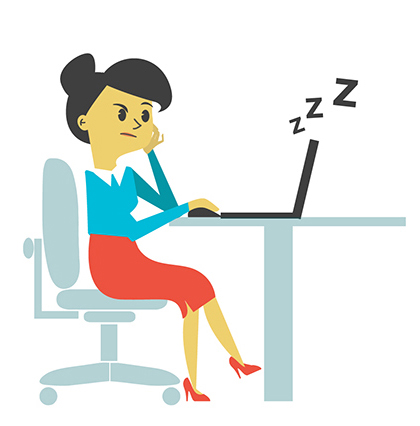 It makes sense, though. In this digital age, Internet connections are faster than ever, so users are no longer willing to chalk slow websites up to the “it must be my connection” excuse. Also, with all the choices now available online, users don’t have to wait for your page to load to get what they want.

If you don’t deliver fast enough, they can probably get the same thing somewhere else. That’s why it pays to make a website fast.As our infographic shows, website speed can lead to some dramatic changes in the amount of money your website makes (or can potentially make). Generally speaking, faster websites make more money.

Amazon and Wal-mart have both found that even the smallest delays can impact their revenue: that is, a difference of just 100 milliseconds relates to a 1% loss. That may not mean much to smaller sites, but that’s millions of dollars to them!Here’s another amazing example of the role that pagespeed plays in site revenue. Intuit, a tax software company, conducted experiments to reduce the loading time of their website.

They noticed that there were changes in conversion rates based on specific ranges of these reductions, as shown in the infographic:

Basically, when the site load time was reduced from 15 seconds to 14, conversions went up by 3%, and again by an additional 3% when that 14 seconds dropped to 13, and so on. Similarly, President Obama’s fundraising campaign increased its conversions by a dramatic 14% by reducing page load times from 5 seconds to 2. This may not sound like a big change, but in the long run, that resulted in the donation of an additional $34 million dollars. That’s a huge difference! It really does pay to be fast.

If your conversions aren’t what you expected them to be, or you’re not getting the kind of sales you used to, take a look at your site speed. Run a test using a tool like Pingdom and see how you compare to the industry average of 10 seconds. Are there opportunities to slim down by compressing images or reducing content?

Or maybe it’s time for a server upgrade? Having routine website maintenance also helps keep our back-end smooth, our data protected, and our sites/servers functioning at healthy speeds. The faster you can make your site, the more likely your visitors are to stick around and buy something from you.

While those extra one or two sales or leads per week may not seem like much, over time, they’ll definitely add up!