What Are Google Algorithms?

If you keep up with Internet marketing, or even just regularly look online for information, you’ve probably heard of Google algorithms. But have you ever wondered what they are, exactly?

In order to understand what a Google algorithm is, let’s first look at what algorithms in general are. The standard definition is: a set of rules for solving a problem in a finite number of steps.

In the language of computers, an algorithm sets the stage for the computer to perform a very specific task. For instance, the computer may be programmed to randomly come up with a number between 1 and 100. This is a task that has a set beginning point and end point. Thus, it is finite.

Another way of looking at an algorithm is to think of it as a mathematical equation. You could be asked to count backwards by 4s from 100 to 80. You would then say, “100, 96, 92, 88, 84, 80.” On paper, you might be expected to show in a column how you achieved each answer by subtracting the number 4. Though this is a simplistic look at an algorithm, it will help in understanding more complex versions.

What are Google algorithms?

Google algorithms are the sets of rules that Google uses to rank websites in search results. Google’s complex system retrieves data from pages and seeks to understand what searchers are looking for and rank pages according to relevance and quality.

Google algorithms follow the same basic definition and rule of an algorithm that we described. Think about the last time you searched for something on Google. Whether you typed “cute cat videos” or “shoe stores in Pennsylvania,” the search engine returned millions of results for you to choose from.

But how did it decide which results to show you, and in what order? An algorithm.

Google has a very complex algorithm for serving search results, and it changes relatively frequently. And although the company does not make the exact algorithm public, here are a few elements that we know for a fact have an impact on a page’s ability to appear in the results for certain keywords:

Of course, these are just some of the characteristics the Google algorithm explores when determining how to deliver and rank pages. There are likely dozens, if not hundreds, of others.

How does Google determine which elements matter the most?

As the Google algorithm “reads” a webpage, it prescribes a pre-ordained numerical value to each trait it’s seeking on the page. That numerical value is then added to the end result. Thus, the web page that has the most desirable traits will rise to the top of the page rankings because the algorithm assigns it more importance.

These calculations by the Google platform are conducted incredibly quickly, and the rankings may fluctuate as web developers manipulate the attributes that contribute to page rankings across a website, or on a single page.

Therefore, rankings as assigned by the Google algorithms are fluid. A page that ranks third for a keyword may rise to first or fall to tenth as the content on both it and the other pages in the results change. Usually, the top spots are held by businesses that do search engine optimization, or SEO, on their sites.

We foster and form long-term partnerships so that your business has long-term results.

Over 90% of WebFX clients continue partnering with us into year 2 of their campaign.

Hear from Our Happy Customers 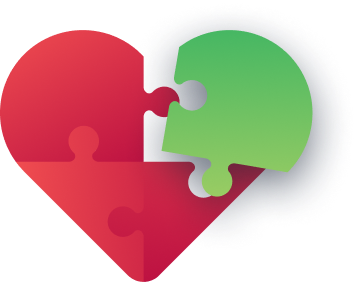 What is a Google algorithm for search?

The basic Google algorithm is used for each search conducted on the site, but it’s personalized by the searcher. For instance, an individual who inputs “buy running shoes” wants very different results from someone who types “cat videos.”

The algorithm is adjusted for each search, and can be altered by even the slightest changes to spelling and word order. The results are then given to the user, who can decide which site to visit.

Again, this happens rapidly. Additionally, it shows that the Google algorithm has been designed to offer a wide array of personalization. In recent years, Google’s search has become responsive enough to offer suggestions when one term is typed by the user. This is an indication of a different type of algorithm being used to create an individualized drop-down menu of search suggestions based on the browser history, as well as other factors.

What is a Google algorithm for SEO?

As mentioned previously, the Google algorithm partially uses keywords to determine page rankings. The best way to rank for specific keywords is by doing SEO. SEO essentially is a way to tell Google that a website or web page is about a particular topic.

Years ago, it was commonplace for many sites to “keyword stuff” their content. In essence, they assumed that the Google algorithm would think that the more keywords that were written, the more important the page should be.

Once Google realized this, they altered their algorithm to penalize sites that stuff their pages with keywords, as well as many other “black hat” SEO practices. Because of this, you should avoid any tactic that is done with the aim of outsmarting search engines. Although they may not notice right away, Google will eventually pick up on what you are trying to do, and your rankings will suffer.

What does the future hold for the Google algorithm?

Google rarely gives any indication of the changes in its algorithms unless they are major. Smaller changes are made internally, and are usually not felt except as smaller ripples. It’s vital to stay abreast of Google’s algorithm announcements, but it’s just as important not to overthink the algorithms or try to “game” them.

Instead, it’s imperative to simply acknowledge the power the Google algorithm has, and try to produce the best website possible. Consequently, visitors will be pleased with what they see, which is always a positive ranking signal.

If you need help optimizing your site for Google’s algorithm, feel free to contact us! Our dedicated team of SEO experts is more than happy to help you put a strategy in place for ranking well in search engines and attracting more site traffic.