By Xander Becket  ~ 3 minutes to read
Xander is a Senior Internet Marketing Strategist at WebFX. You can find him riding his bike or longboard towards donuts.

Judging by the PC vs. Mac TV commercials lately, you would believe that two equal giants, Microsoft and Apple, are battling it out to one up the other and sell you a computer. But, in reality, that’s not the dynamic at all. Apple owns anywhere from5.01% to 8.7% of the computer market.

8.7%! That’s nothing. Here’s a graph to show you what I mean (adopted from the one on this page). 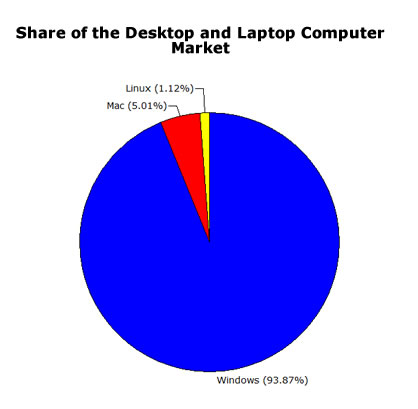 Huh? Apple works real hard to make sure that you think there are two equal choices in the computer market, that they’re right in step with Microsoft. But they’re actually just a blip on the radar.

So what’s at work here? I’d argue that Apple’s marketing machine and devoted fan base create the illusion that your choice for a new computer is 50-50, when really 9 out of 10 people will buy a PC. Here’s how they do this:

Two equal people, standing on equal ground, talking about equal products. One looks like a nerd, and the other is a hip, tech-savvy twentysomething. Who’s cooler?

Ever notice how tons of people on TV use Mac products? Like, a disproportionate number. 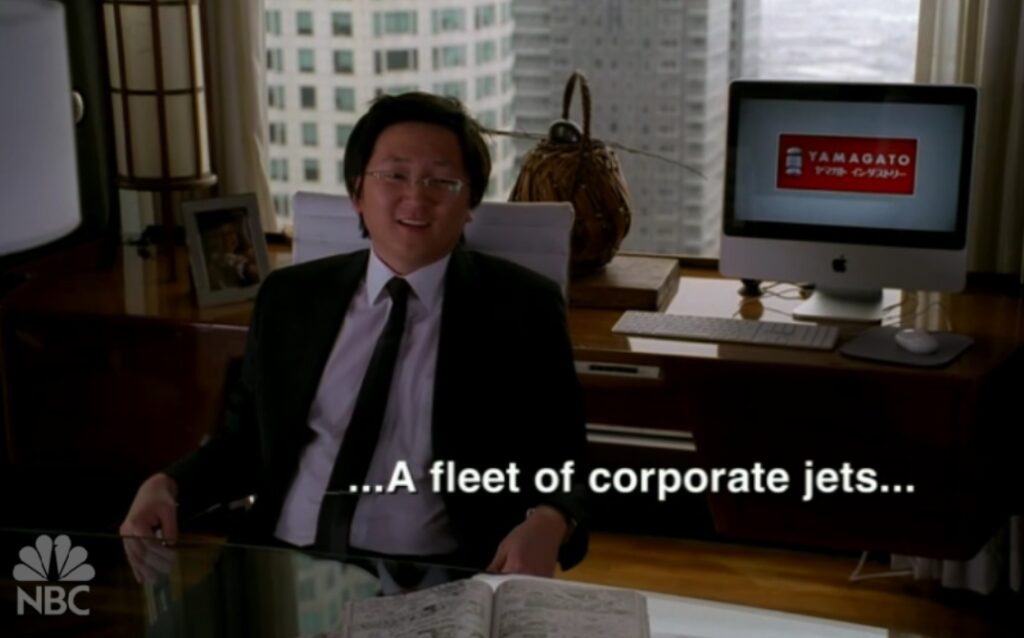 Apple was the first computer company to hire a consultant to lobby film and TV studios into showing Apple products.

Because they’ve been at it so long, much more than 8% of computers shown on TV or in movies are Macs. Here’s some more articles about Apple product placement.

How It All Comes Together 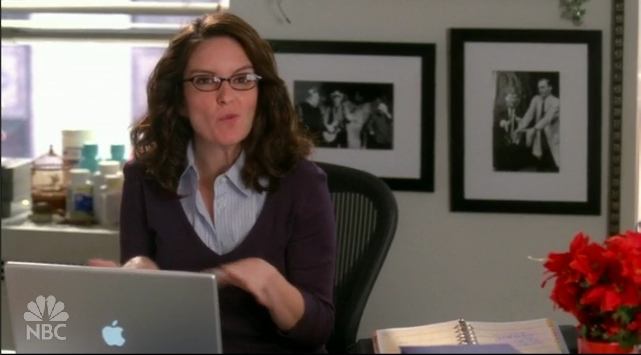 Then it cuts to commercial and the first thing that comes on is an Apple “There’s an app for that” iPhone commercial. You think, “Yeah I use a PC at work, but it looks like everyone else uses Macs.”

Apple’s losing the computer game bad, but you’d never know it from their commercials or from their stock price. Now I know that there’s a lot more to stock price than branding and the companies have diversified holdings that don’t include making computers, but the fact remains that Microsoft’s stock price is only 13% of Apple’s. i.e., Apple’s stock is more desirable than Microsoft’s.

So given all of this info, why would Microsoft feel it necessary to make the “I’m a PC” ad campaign (below) in response to Apple’s barrage? In the computer market at least, Apple is a pesky fly to Microsoft.

Why would they put themselves on the same level by acknowledging Apple’s ads?