Who Has the Fastest Internet in the World? [Infographic]

By WebFX Team  ~ 5 minutes to read
The WebFX team is made up of more than 450 subject matter experts in digital marketing, SEO, web design and web development, social media, and more. Together, they've helped WebFX's clients earn more than $3 billion in revenue from the web — and that's just in the past five years.

If you live in the United States, you might think that your Internet is fast. After all, you now have access to movies and TV shows on-demand, high-quality streaming music, and websites that load instantaneously. There’s no way we don’t have the fastest Internet in the world, right?

That’s where you’d be wrong.

As an agency that relies on the Internet for every aspect of our work, we were curious to see how our speed compared to others around the world – and we were surprised by what we found.

Check out this infographic to find out which countries have the fastest Internet speeds, how the US stacks up, and where you should move if you want the fastest download speeds (or the cheapest broadband!) in the world.

Taiwan has the fastest Internet in the world 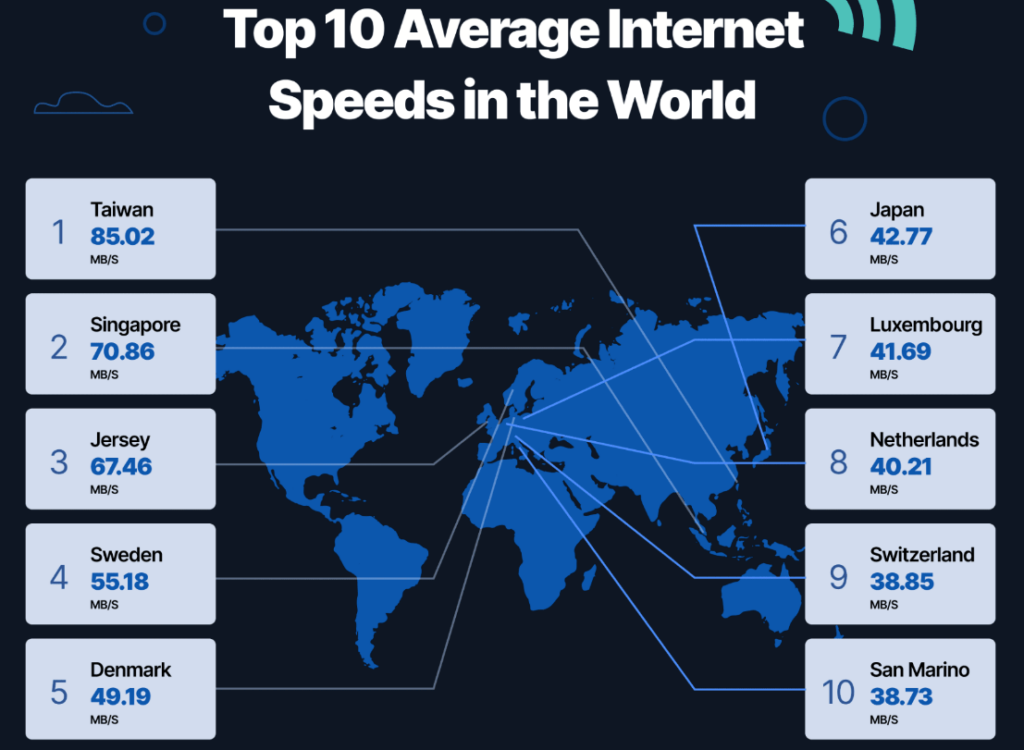 At an average connection speed of 85.02 Megabits per second (Mbps), Taiwan has the fastest Internet speed in the world. Check out the entire top 10 list in the table below.

Notice the United States is missing from that list. So how does the U.S.

The average US connection speed is 32.89 MB/s

The average Internet connection speed in the United States is 32.89 MB/s.

32.89 MB/s isn’t enough to get the U.S. in the top ten, but considering the worldwide Internet connection average just surpasses 9 MB/s, it’s not bad.

In fact, as you’ll see below, many states have average connection speeds higher than the national average, thanks to the increasing availability of faster options like Google Fiber and Verizon FiOS.

The state with the fastest broadband Internet is New Jersey 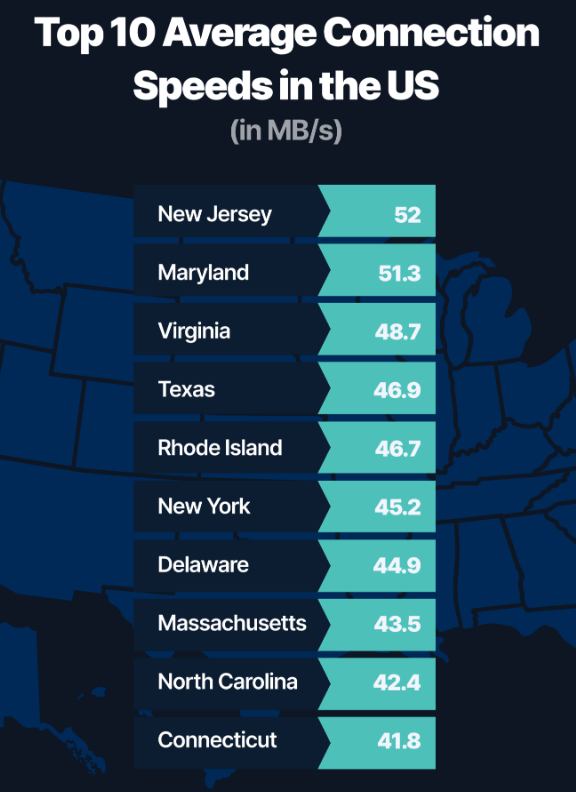 Want the fastest Internet in the United States?

Move to New Jersey, where they enjoy an average connection of 52 MB/s.

South Korea has the fastest Internet in the world for mobile 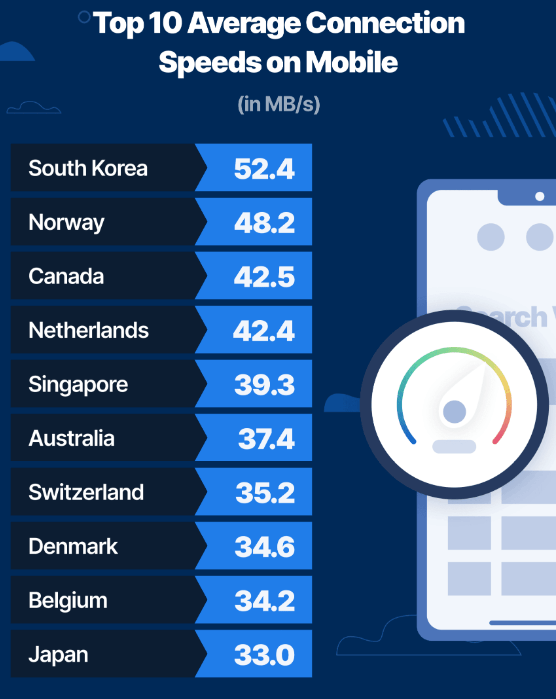 At an average connection speed of 52.4 MB/s, South Korea has the fastest mobile Internet speed in the world.

The chart below lists the top 10.

The US doesn’t crack the top 10 mobile Internet speeds

We’ve certainly come a long way from the days of reading emails on 2″ black and white Blackberry screens, but this is a pretty big contrast from what’s available in the rest of the world. Singapore’s mobile broadband speed clocks in at 39.3 MB/s, while South Korea enjoys a speedy 52.4 MB/s — higher than the United States’ non-mobile broadband average.

Our mobile Internet may be fast — the 18th fastest worldwide — but compared to what is available in the far East, it might as well be dial-up!

The Fastest Internet Speed in the World: The Full Infographic

Curious to know how your own Internet speed compares with the best Internet in the world? Run a speed test with Ookla here and you can find out in just a few seconds.