By Trevin Shirey  ~ 7 minutes to read
Trevin is the VP of Business Development at WebFX. He has worked on over 450 marketing campaigns and has been building websites for over 20 years. His work has been featured by Search Engine Land, USA Today, Fast Company and Inc.

Over the past few years, businesses of all sizes have flocked to social media in the hopes of reaching and interacting with more customers. And while social media marketing can certainly be effective, it only works if you use the same platforms as your target audience.

Most demographics are fairly easy to reach, but there is one group whose preferences change more often than most: Teenagers.

This notoriously hard-to-reach demographic tends to be social media savvy, meaning that they are typically the first to try new platforms – and the first to leave old ones.

Although keeping up with them may seem like a challenge, the truth is that teenagers are typically ahead of the curve on social trends.

The rest of your audience will likely be using the same platforms in a year or two, so it’s worth your time to see what they’re using. We surveyed teenagers between the ages of 13 and 19, and here’s what we found:

Of the teenagers we surveyed, 90% say they use social media more than three times per day.

One of the most interesting differences we noticed was between which platforms our respondents find “useful” and which ones they actually like.

40% said that Facebook is the most useful social media platform, but none of them said that it was their favorite.

When asked which platforms were their favorites to use, Instagram and Snapchat were the clear winners.

The general consensus for each platform

We asked each of our respondents for comments about Facebook, Instagram, Twitter, Snapchat, and Tumblr, and there were recurring themes for every single one. Here’s what they said about each platform:

More thoughts on each platform

Although the above summaries can give you a general idea of what the teenagers we surveyed said, their individual comments provide a little more insight. Here’s what they said about all the platforms they use: 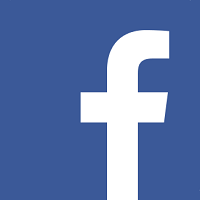 “It’s more outdated than most social media for teenagers, and I don’t use it as often as the other ones.” “I use Facebook to keep up with family — my friends do not use it.”

“Facebook is useful for group and event communication, and also for sending messages to people that you only have contact with through Facebook … I rarely, if ever, read statuses.

I also rarely post because I am connected with family and adult friends on Facebook, so I have a certain image to uphold.”

“I use Facebook for more serious posts or messages, like birthdays or thanking someone, because fewer people my age use it.” “I only use it to see pictures or posts that adults put up of me. Not much involving friends.”

I love pictures, and I love keeping up with everyone else through pictures! Instagram is one of my favorites.”

“I am more open on Instagram because of the lack of family and adult friends following me on Instagram.” “Instagram is my favorite because the majority of the users are my age.”

“Instagram makes it easy to share with friends about what is going on, and it’s only pictures with little reading.” “Instagram is a good way to follow celebrities on and keep up with them.” 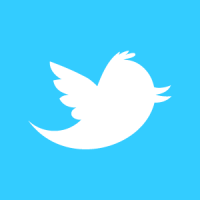 “Even though Twitter provides a great resource for keeping up to date with all my favorite things, I find myself not checking it very often because there is simply so much information constantly coming in that I would have to constantly have Twitter open to see everything.”

It’s an excuse to post stupid, demeaning things.” “I use it to check out any school drama, get updates on sports, and really any news updates.” “Twitter is good for keeping up with friends and what they’re doing.” 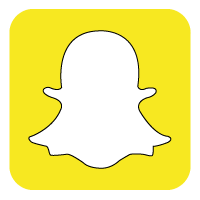 “Snapchat is used by a lot of people, and it’s really useful. I use it mostly just to talk to my friends. It’s a lot different from most other apps because you don’t have to post for all of your friends to see.” “When I use Snapchat it is only to watch other people’s stories.” “Snapchat is fun and easy to post stories on, and I do so frequently.

It’s also an interesting way of messaging people because you see them and what they are doing.” “It has the advantage of not having family and adult friends on it, and it also ’destroys’ your stories after 24 hours and messages right after viewing … everyone is very open.”

“I like being able to send in-the-moment pictures to my friends.” “You can send photos and hold a conversation.

If you want to send pictures you can but there is also a messaging feature to it.” “I use it to post on my story if I’m doing something cool, or I send snaps to my friends that I consider relatively funny.” “Snapchat is just plain fun and I use it to send funny pictures to my friends.” 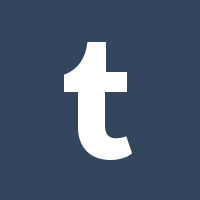 “I don’t use Tumblr that much, but have an account and occasionally check it when I hear about something cool.” 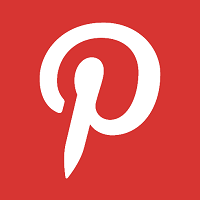 “I like Pinterest because it gives me so many creative ideas. I never post on Pinterest but I am on it all the time finding new outfit ideas or new recipes.” “I get my recipes and crafts from there. I love it!”

“Pinterest is an amazing site I use for DIY ideas.”

Instagram and Snapchat are the clear winners in these teenagers’ eyes, and while the others serve their purposes, they aren’t nearly as “fun” – probably because of the higher percentage of adult users.

Of course, we don’t recommend that you immediately adjust your marketing strategy to accommodate our respondents (or teenagers in general) if they aren’t a part of your target audience.

That being said, we won’t be surprised if their opinions are indicative of future social trends.