4 Omnichannel Marketing Examples for Your Business

John is browsing YouTube when he sees an ad for a new line of razors. He’s curious, so he stops by their website to read some of their content, and later receives an email from them. In the span of thirty minutes, John encountered marketing from the razor company via three different channels.

As you might imagine, this multichannel marketing approach has the potential to impact John more than isolated campaigns, making it a great option for your business. In particular, omnichannel marketing is a fantastic strategy to pursue.

Then subscribe to Revenue Weekly, our email newsletter, to have more digital marketing tips delivered straight to your inbox!

What is omnichannel marketing?

Omnichannel marketing is a form of marketing that encompasses using multiple marketing channels to promote your business and create a cohesive experience.

A marketing channel is a specific form of media that you can use to market your business — for instance, email, video ads, and social media are all different marketing channels. So, omnichannel campaigns encompass several of these channels at once.

With omnichannel marketing, though, there’s a distinct connection between all your channels. You’re not running a separate campaign for each one — you’re running a single campaign that encompasses multiple channels.

How to create an omnichannel campaign

Before we get into any examples of omnichannel marketing efforts, let’s take a moment to talk about how you can get started with your omnichannel campaign.

The first thing you’ll want to do is assess which channels are the most advantageous for you. You can do that by running separate campaigns on different channels and determining which ones are the most effective.

You can also assess your audience demographics to see which channels they favor.

Next, you can take your findings and begin crafting a campaign that spans multiple channels — specifically, whichever channels you determined were the best for your company.

Don’t make your marketing look radically different on each channel, either. Maintain the same theme and core message across all your channels so it’s recognizable as a single campaign.

Now that we’ve covered the basics of getting started with your company omnichannel marketing efforts, let’s look at some examples of other companies that have used omnichannel campaigns to see what it can look like in practice.

If you’ve ever used Amazon before, you’ve undoubtedly encountered their marketing. Amazon invests time in advertising across numerous channels.

To start with, Amazon advertises directly on their website, showing recommendations for products as people browse.

They also like to send emails to users who purchased from them, usually recommending similar products to the ones shown in their on-site ads.

On top of that, Amazon runs ads on streaming platforms like Hulu, giving them a wide reach.

PNC Bank is another example of a company that markets across multiple platforms. Much of PNC’s advertising focuses on people who are already members, with the intent of getting those members to sign up for additional services.

PNC harnesses both email and postal mail to reach their members, promoting different programs and rewards through both channels. But much of PNC’s marketing comes through their mobile app.

On this app, members can do many of the same things they could do on PNC’s website or in a physical bank, from transferring money to depositing checks. That flexibility appeals to existing users while also drawing in new members.

Furthermore, PNC sometimes uses the app to send notifications to its members about different services they can use, encouraging them to take the same steps that they advertise in their emails.

Unlike the previous two examples, Raid: Shadow Legends may seem like an oddly specific choice for this list. But it’s here because it’s mastered omnichannel marketing using some slightly different channels than other companies.

If you haven’t heard of it before, Raid is a mobile game. It’s fitting, then, that one of its main marketing channels is other mobile apps, where it will often show ads. The idea is that people could be playing one game and then decide to try Raid instead once they see an ad for it there.

An even more common advertising spot for Raid, however, is YouTube. In addition to running regular YouTube video ads, Raid has taken an even more creative approach and sponsored a variety of videos by well-known YouTube personalities — to the point that it’s become something of a joke how frequently it’s been a sponsor.

These niche advertising channels show that Raid knows its audience and knows where to find them.

There’s no denying that, at this point, TikTok is a cultural behemoth. And that’s likely due in no small part to its proficiency with omnichannel marketing.

Given that TikTok is both a social media platform and a video platform, it makes sense that those are the primary channels it would target. It’s run some ads on other social media sites, but to a large extent, it doesn’t have to — people often post TikTok videos on places like Twitter all on their own.

Meanwhile, TikTok commonly runs video ads on places like YouTube and Hulu. It’s a smart strategy — people on those platforms are already looking to sit back and binge-watch videos, so why not do it on TikTok instead? 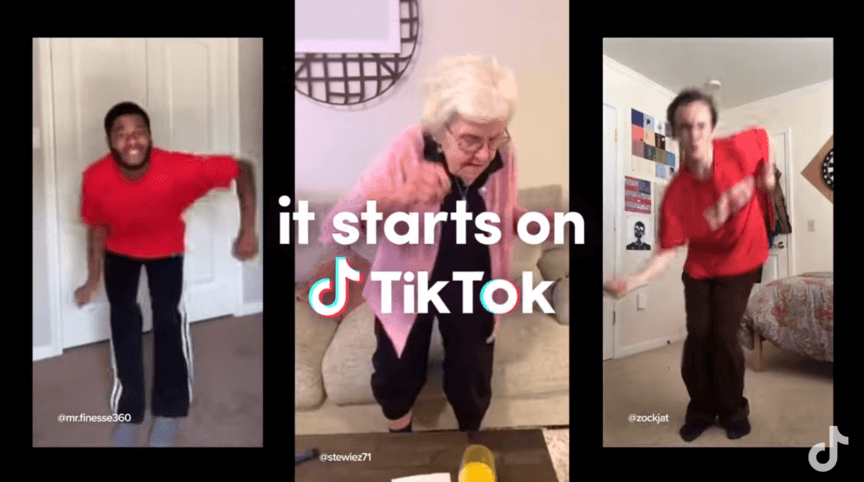 Ultimately, all these channels come together to draw people to TikTok, significantly boosting the number of people on the platform.

Our digital marketing campaigns impact the metrics that improve your bottom line.

WebFX has driven the following results for clients:

Leads for our clients

WebFX can drive better results for your company omnichannel marketing

Want some help emulating these examples and getting your omnichannel marketing campaigns off the ground? Just partner with WebFX! We’ve been driving digital marketing results for over 25 years, so we know what it takes to craft a successful campaign.

When you partner with us, we can help you master:

Previous post What Is Revenue Marketing? The Complete 2023 Guide Next post 7 HubSpot Apps to Use in Your Integrations
TO TOP