8 Excellent WordPress Caching Plugins to Speed Up Your Site

If you use WordPress as your publishing platform and are concerned about speeding up your website, caching will help you. The faster a web page loads, the better the user experience is. This is how WordPress caching works: it generates a copy of your web pages and stores them in your server as static files (ex: as HTML documents) and/or cached database queries.

Afterwards, when a site visitor arrives at a particular page, the server gives them the cached page rather than re-querying your database and dynamically generating it, thus speeding up page response times and potentially reducing the server resources required for generating and serving a web page. For WordPress users, the easiest and quickest way to implement a caching system is by the use of a WordPress plugin. There are several WordPress cache plugins out there, and below, you’ll find the most popular, highly recommended ones. 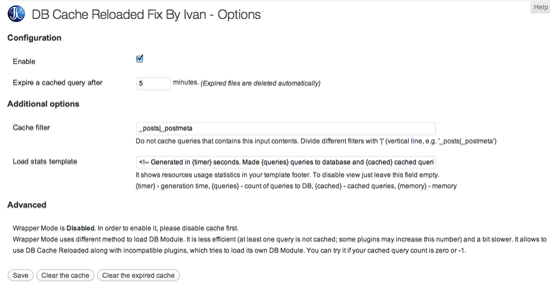 Learn How to Use a Web Cache Viewer 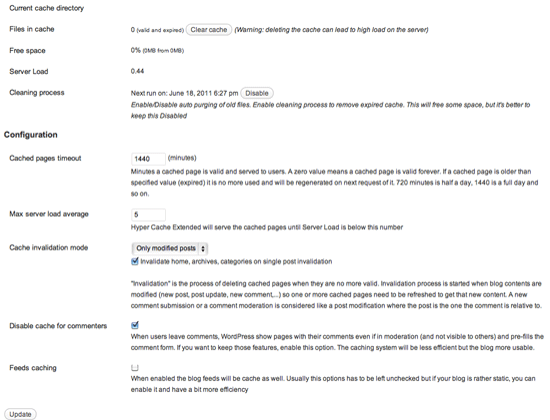 Hyper Cache Extended, as its name implies, is an extended version of the popular Hyper Cache WordPress plugin. This plugin offers numerous features, such as 404-error-page caching, support for mobile devices, and various compression options. For mobile device support, I tried it on my testing site using a phone running Opera Mini and an iPhone, and the site loaded up in a snap in both mobile devices (almost thrice as fast as before.) Hyper Cache Extended has a satisfied user base, as evidenced by the ratings at WordPress.org.

In addition, the creator, Mapto Lazarov, encourages users of the plugin to email him issues and feedback — a reassuring sign that the plugin is, at present, well maintained by an enthusiastic and helpful web developer.

Update: This plugin is no longer available. 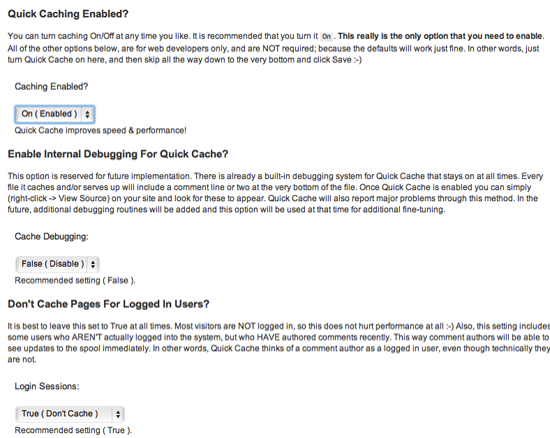 Quick Cache is a WordPress caching plugin designed by Primo Themes. It’s lightweight and has user-friendliness as one of its selling points. The admin interface itself outlines each option in fine detail so that you know exactly what each option does.

Quick Cache has an impressive list of useful options, including the ability to disable caching for logged-in users and users who have just posted a comment so they can see new comments right away, which is helpful if your site is very active. 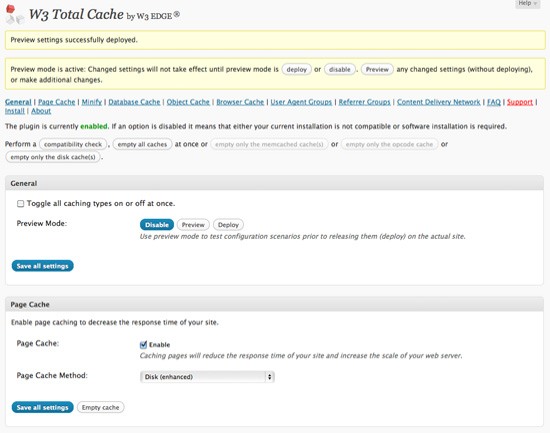 W3 Total Cache is the most popularly known caching plugin for WordPress. It’s used by several leading WordPress-powered blogs such as Mashable and Smashing Magazine. W3 Total Cache claims that your blog can load 10 times faster once the plugin is installed.

Personally, I’ve seen the plugin drastically improve load times for older posts and static pages. W3 Total Cache offers a plethora of options and provides you with other site optimization features such as source code minification and integration with your content delivery network (CDN). If you’re uncomfortable with the admin interface (it can seem confusing for beginners), just leave the settings untouched because the plugin operates well at default settings. 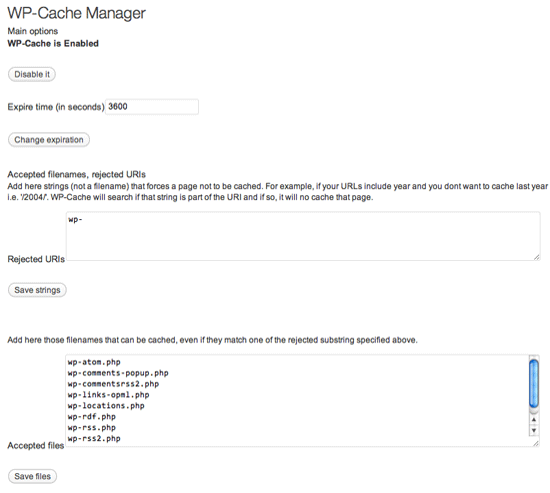 WP-Cache is one of the first WordPress caching plugins, made available on WordPress.org in 2007 — so it has a relatively long track record. It gives you the ability to specify which posts, pages and files shouldn’t be cached. The plugin operates well, but its update frequency is comparatively lower than the other plugins.

WP File Cache has a slightly different approach to WordPress caching: Instead of caching an entire web page, it only caches parts of it (usually parts that remain static for long periods of time). Naturally, WP File Cache will not improve the performance and page load time of the website as much as the plugins that don’t require dynamic page generation and is best suited for high-traffic sites that frequently update web pages and WordPress users that would like to control which portions of a web page should (and shouldn’t) be cached. 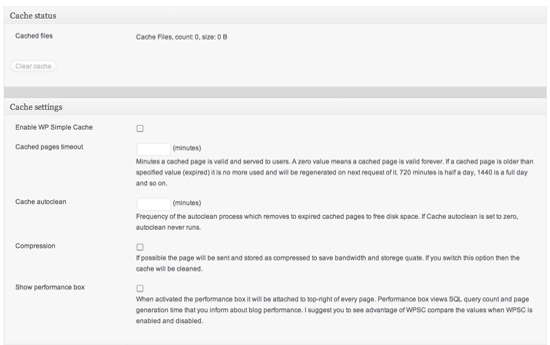 WP Simple Cache generates static HTML files of a WordPress site’s content. You can specify the timeout settings for cached pages and the auto-clean frequency of cache files. Other than that, as you can probably surmise from the plugin’s name, there aren’t many other options to tweak.

The plugin’s home page is in Turkish, so, unless you know Turkish, you shouldn’t expect plenty of documentation at your service. 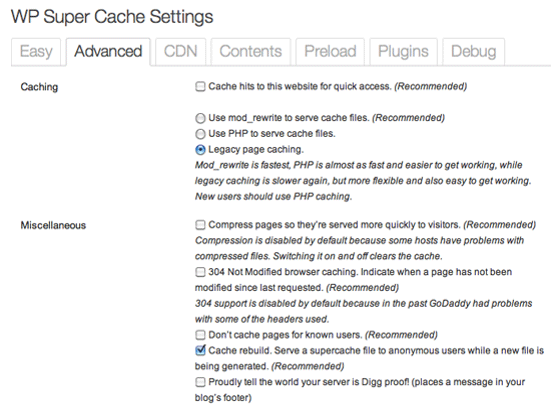 WP Super Cache shows static HTML pages to most of your website’s visitors. The plugin developers claim that if your website gets a large amount of traffic and you’re on an underpowered web server, the plugin works wonders. WP Super Cache can also cache certain WordPress plugins, which can also aid in improving site performance.

Six Revisions uses WP Super Cache, and recommends it as one of the six recommended plugins you should have installed.

If you liked this post, here are other WordPress plugin collections you should read: